11 Epic Train Rides to Take Around the World 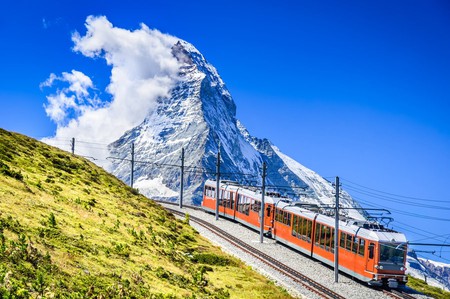 If you prefer taking the scenic route over getting from A to B as quickly as possible, then these epic train rides are for you.

The famous Blue Train has been taking passengers on the 7-hour, 1,600 kilometre journey from Cape Town to Pretoria since the 1920s. Travel through some of South Africa’s most diverse and spectacular scenery, with a stop in Matjiesfontein (Cape Town to Pretoria) and Kimberley (Pretoria to Cape Town).

Despite covering a huge distance, this journey is one of the shortest on this list, made possible because of human engineering. The Shinkansen bullet train from Tokyo to Kyoto travels at speeds of 320km/h, reducing a journey of over 700 kilometres to a mere two hours and 15 minutes. Start the day in the shadow of Tokyo’s skyscrapers and end it in the shade of Kyoto’s Buddhist temples. 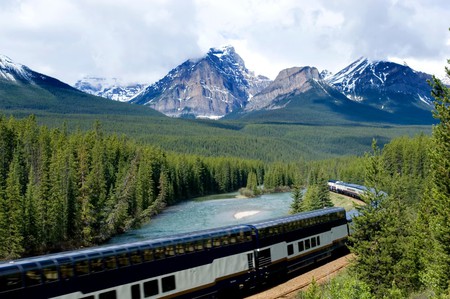 Connecting Western Russia to the Pacific Ocean via thousands of kilometres of railroad, the Trans-Siberian is the most famous rail journey in the world. There are three main routes you can take, the longest being Moscow to Vladivostok (a journey of 9,258km and lasting seven days). Both the Trans-Mongolian and the Trans-Manchurian travel from Moscow to Beijing, taking in different but equally impressive sights.

There are several journeys you can make on the Venice-Simplon Orient Express, but the most tempting has to be Paris to Istanbul. The journey between these two stunning and equally culturally influential cities lasts 11 days, including overnight stops in Budapest and Bucharest, while enjoying the most luxurious train on the planet.

It’s difficult to say whether this gorgeous rail journey is better in winter or summer. Either way you won’t be able to tear your gaze away from the window on this 30-minute journey from Zermatt to a small cluster of hotels in Gornergrat, while overlooking the imposing and other-worldly Matterhorn mountain.

The amazing Shiki-Shima train has earned Japan a second spot on this list. The 10-carriage luxury sleeper train is unlike anything you’ve seen, and began taking passengers along Japan’s East coast in 2017. As well as two observatory carriages and six luxury suites, Shiki-Shima has a lounge and dining car with floor-to-ceiling windows, affording guests perfect views of the Japanese countryside.

Kenya’s newly opened Madaraka Express connects the capital Nairobi to Mombasa on the coast. Each station along this 472km track has been designed to reflect the local environment, from Athi River station which mirrors the nearby hills, to Miasenyi station, stripped like the zebras which graze the overlooked plains. The line will eventually connect land-locked South Sudan, eastern Democratic Republic of Congo, Rwanda, Burundi and Ethiopia to the Indian Ocean.

Six times a day this passenger train passes through a crowded market in Samut Songkhram City, around 60 km south west of Bangkok. As the train approaches, the vendors pull back their awnings and move their vegetables just enough so they’re not crushed. You can ride the Maeklong Railway from Ban Laem Station before getting off at Maeklong Railway Market to experience the daily ritual from a different, more dangerous, perspective. 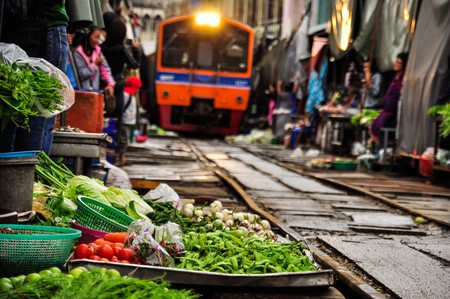 The Northern Explorer is one of the world’s most scenic routes, connecting its northernmost city Auckland with the capital Wellington, ascending the Raurimu Spiral with views of Mt. Tongariro, Mt. Ngauruhoe and Mt. Ruapehu, before descending through river gorges and arriving on the rocky coastline of the lower norther island.

This 80-kilometre stretch of railway – a section of the line connecting Guayaquil on the Ecuadorian coast to the capital Quito – was only possible because of the bravery of the engineers who scaled the 10,000 foot high mountainside to build it. The impressive zigzags carved out of the almost perpendicular cliffs of La Nariz del Diablo (The Devil’s Nose) form part of a one hour hair-raising ascent.

A special mention goes to the historic Hejaz Railway connecting Syrian capital Damascus to the Jordanian capital Amman, which has been suspended since 2006 while war ravages the Syria. Those lucky enough to have ridden the traditional locomotives through the Middle East have described the experience as stepping into a time-capsule. There are other, far quicker, ways to make the journey but here’s hoping it will one day reopen.