The Best Things to See and Do in Korça, Albania 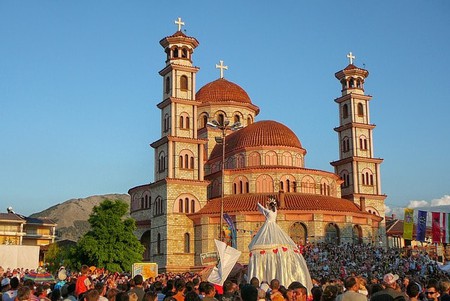 Korça, in the southeastern region of Albania, is one of the most beautiful and important cities in the country. Because of its beauty, French-style villas and coffee culture, Korça is also called the ‘little Paris of Albania’. Here’s our list of the best things to do and see in this lovely enchanting town.

Sip a Turkish coffee at Pazari I Vjetër

Pazari I Vjetër is the most beautiful neighborhood in Korça and an area that looks like it was pulled straight from a fairy tale; narrow streets, colored buildings, nice cafés and small boutiques can be found everywhere you look. The first thing to do here is to go straight to Komiteti, a cool café located in the main square of the Pazari. Once you’re here, order a Turkish coffee and watch people go about their errands in the Pazari.

Korça is home to the largest Orthodox church in the country, called the Cathedral of the Resurrection, built in 1992 on the foundations of an old church that had been destroyed during the Communist regime in the late 70s. Today the Cathedral is the largest Orthodox building in Albania and worth a visit, not only for its historical importance, but also because it hosts beautiful mosaics and wooden lamps.

Stroll through the cobblestoned streets of the city center

The old side of Korça lies hidden behind the Orthodox Cathedral. It is an area where you’ll find ancient French villas, small houses and lovely street corners. Don’t forget to bring your camera with you, because you’ll be stumbling upon gorgeous views of the real Korça.

Admire the town from Sky Kafe

Just a few steps from the Orthodox church, there is one of the most famous cafés in town: Sky Kafe, a cozy eatery with beautiful views. Climb a few steps to reach the top of the tower and admire Korça and the surrounding mountains, then spend some time relaxing before your next adventure.

Korça is a town famous for its cultural value and the best place to learn about the local culture is at the National Educational Museum. Located inside a stunning Ottoman-era house, the National Educational Museum is one of the most important museums in Albania. The museum resides inside the building that hosted the first official Albanian school in 1887. Before the school opened, people learned the language at home. You can still learn a bit of Albania’s unique and ancient language at this museum, so spare a few moments to check it out.

Korça isn’t lacking in museums; just five minutes from the Pedonalja, the main street of the town, the National Museum of Medieval Art waits for art-lovers to come and marvel at its collection. This must-see museum houses 7,000 items of cultural significance and even a few pieces by Onufri, the most famous icon painter in the country.

If you have already travelled to Albania, you know that the country is famous for its beer production. Albania’s most important beer factory is in Korça and has been brewing famous beer since 1928. Some say it is even the best beer in all the Balkan Peninsula. Every August, Pazari i Vjetër hosts a cultural festival entirely dedicated to the beer, so keep it in mind if you are planning to visit Korça at that time of the year. 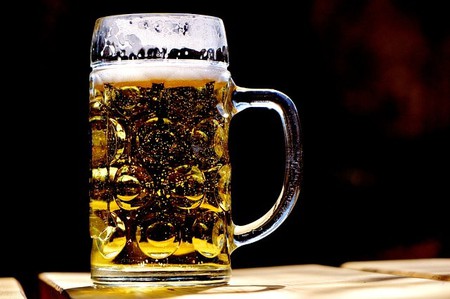 One of the best things to do in Korça is to taste its rich and memorable gastronomy. The town has plenty of restaurants, but the best is arguably Taverna Vasili, an establishment that prides itself on introducing visitors to Albania’s culinary world. Try delicacies and dishes like kërnacka (meatballs) and paçavure (a cake very similar to baklava).