The 7 Best Nightclubs in Tirana, Albania 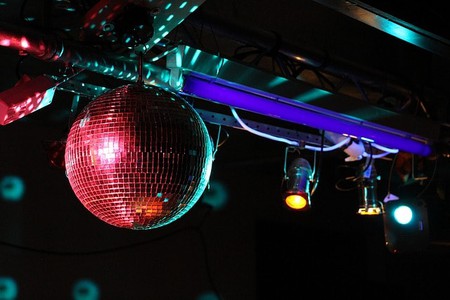 Looking for a cool destination with a vibrant nightlife? Then Tirana will not disappoint. The capital city of Albania has plenty of beautiful nightclubs where you can have fun, sip excellent cocktails and dance all night long. Here’s a list of the top seven places to go out in town.

Maybe the most famous and coolest nightclub in Tirana, and even Albania, Folie is a large club located few steps from Skanderbeg Square, that’s totally worth a look if you are looking for good music and dance vibes. The music played here is mostly house, electro, dance and disco: DJs from all over the Balkans come here to play their songs. We strongly suggest you to book your ticket in advance, because Folie is always crowded at the weekends.

If you prefer rock-pop, no worries: Tirana has it all. Forget fancy nightclubs and head to Checkpoint Charlie, a party bar with plenty of Berlin wall memorabilia and a crowd of people who love classic rock music. It is located in the middle of Blloku, so finding it won’t be a problem.

One of the oldest and most famous nightclubs in Tirana, Lollipop Club should be on your list. Situated in Blloku district, this club has space for up to 500 people making it one of the largest in the centre. In the past few years, Lollipop has hosted important DJs from all over the world and has became one of the icons of Tirana’s nightlife.

Located on the outskirts of Tirana, behind the large artificial lake and the student city district, Arena Club is a spacious and modern nightclub that comes highly recommended by the younger crowd. A plus here is the excellent drinks on offer. Get ready to dance until the sun comes up.

During the day you must include a visit to the Academy of Arts, built inside an Italian-era palace. Once you’ve visited, you might like to know that after 2 A.M. this place turns into a nightclub called Discobox, a Tirana hotspot where DJs from all over the Balkans come to play techno and electronic music.

A post shared by WinMusicFreedomAlbania (@winmusicfreedomalbania) on Aug 17, 2017 at 11:01am PDT

Originally located inside the old Pyramid of Tirana, the former mausoleum dedicated to the communist dictator Enver Hoxha by his family, Mumja is now found near the Millenium cinema and is one of the places to be in town. DJs play three nights a week and the club is always crowded with students of all of ages.

On the road that leads to BunkArt, the coveted museum built inside an anti-nuclear bunker, is Moscow, a club opened in 2014. It is one of the largest clubs in the Balkans, capable of holding up to 1,500 people. It is also one of the most spectacular in Tirana, with smoke machines, laser shows, and more. If you like these kinds of bells and whistles, Moscow is the right place to go.