A Street Art Tour of Albania, the Land of the Eagles 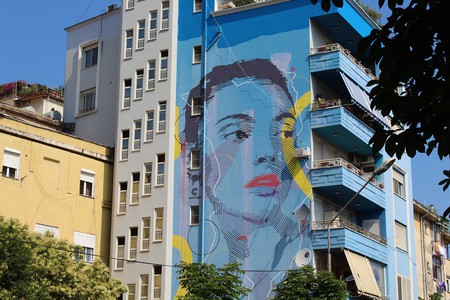 Although Albania has much to see and do outside of its cities, the main towns are home to marvelous graffiti and artworks that shouldn’t be missed. With our guide to the best street art in Albania, you can admire murals created by some of the best amateur and professional urban artists located in the country and worldwide.

The capital city of Albania has the largest number of street-art works in the country. The town has plenty of gorgeous graffiti sprinkled among its buildings, especially in the Blloku area. From the Rainbow in Wilson Square to the colorful walls of the government buildings, Tirana is bursting with colors. Famous characters from movies and books, animals, geometric patterns, and hearts were added in the last couple of years to truly bring the city to life. The Albanian street artist known as FRANKO has left his mark on the city as well, working with paint to show the problems of the town that most people are unaware of, such as pollution, impoverished children and animals facing difficulty. 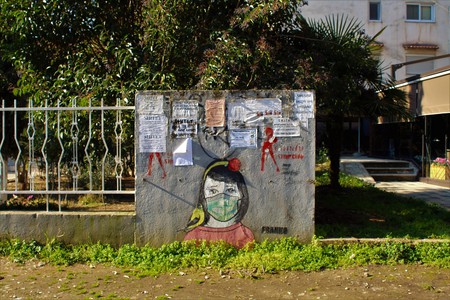 One of the many artworks in Tirana made by FRANKO, the most prominent Albanian street artist | © Francesca Masotti

The main coastal town of Albania is a very interesting destination for art lovers. Known for its archaeological sites and beaches, Durrës is home to a huge number of artworks, most of them located behind the largest amphitheater in the Balkans. In the old town, there are painted doorways that look almost real, Mondrian-style palaces and geometric paintings. 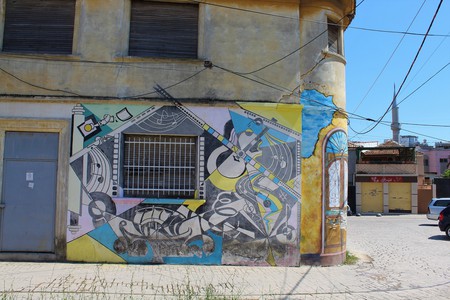 Street art in Durrës behind the amphitheater | © Francesca Masotti

Vlorë is mostly known for its great beaches and for being the gateway to the Albanian Riviera. However, this lovely coastal town is home to some cool murals too. All of them are painted around the so-called Skela area, a huge boulevard that connects the town to the sea. Here it is possible to admire The Girl With the Birds, painted by FRANKO, or a flower mural realized by the Italian artists Chekos Art and DPA-Davide Poesia d’Assalto. 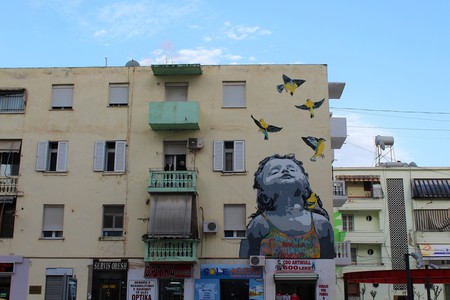 The giant mural in Vlora, south of Albania | © Francesca Masotti

Shkodra is one of the most interesting towns in the Balkan peninsula, a perfect mix of Ottoman, Venetian and Albanian architecture. The town is known for the many religions that coexist within its boundaries, and it is the cultural capital of Albania. Shkodra is home to the only photographic museum in the country and has plenty of colorful historic buildings, but hidden along the narrow streets of the city center, there are several murals by amateur artists, as well as by professional street artists like Diver Santi. 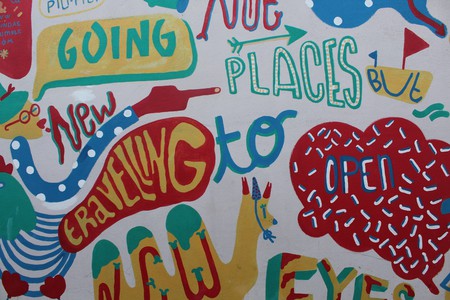 A painted wall in the old town of Shkodra | © Francesca Masotti

Although street art wasn’t prominent in Albania until a few years ago, local administrations gave permission to turn numerous empty buildings into pieces of art. In May 2018, the Albanian capital of Tirana hosted the first edition of MurAL Festival, a huge event where local and international artists made their mark on several buildings around the city. The festival, organized by Bashkia Tirane and the Italian laboratory of art 167/B Street, helped to spark the interest in contemporary street art and created beauty throughout many public spaces in the city.