11 Reasons Why Everyone Should Visit Tirana 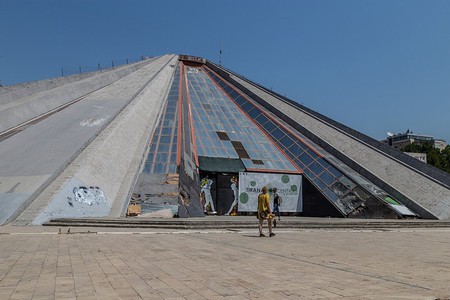 The Pyramid of Tirana| ©Bruno Vanbesien/Flickr

Tirana is the cultural, economic, entertainment and political centre of Albania. It is a town full of interesting things to see and do. It maybe not be as beautiful as other Eastern European capital cities, but it has charm. Here are 11 reasons why everyone should visit it.

Tirana is one of the most colorful cities you’ll see in the Balkans. Strolling through the town, you’ll see painted facades, street art graffiti and murals that add brightness to this already lively town. One of the best ways to admire the colors of Tirana is to walk through the Blloku area to Pazari i Ri. This plaza is the new market of the town and has terrific colorful geometric patterns. 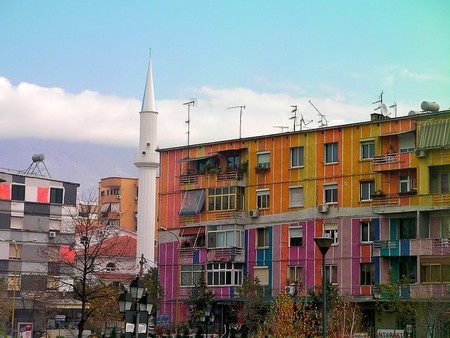 For the fascinating history

Tirana is a relatively new capital, as it was only established in 1920. However, before being declared as Albania’s central city, Tirana existed for years under Ottoman rule. After the Ottomans came the Italians; some of the most important buildings in the town belong to that period. Finally, communist forces ruled Tirana, like the rest of Albania, for almost 50 years. Exploring Tirana can be a great journey through local history.

One of the best ways to experience the authentic spirit of Tirana is to spend some time in a café. The capital city of Albania has no shortage of gorgeous cafés. Just choose one, order a kafe turke (Turkish coffee) or an espresso and a pastry, and settle in for a chat with some locals, or watch the world go about its day through the window. 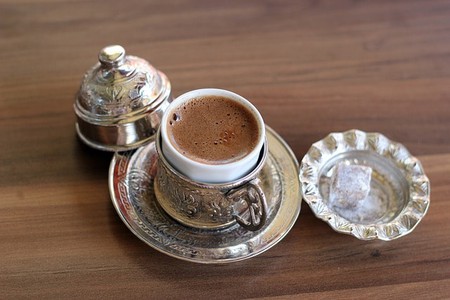 The main tourist hub of Tirana is the majestic Sheshi Skanderbeg, the largest square in Albania, named after the national hero of the country. Today the square is a pedestrian space surrounded by some of the most important buildings in town, such as the National Historical Museum, Et’Hem Bey Mosque, the National Library and the city’s opera house. 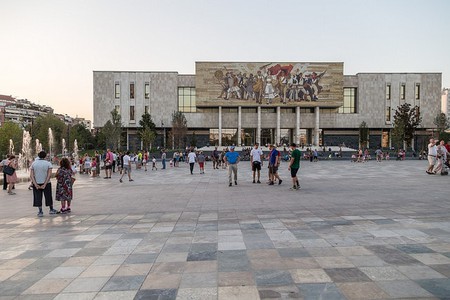 For the delicious food

Tirana is a foodie’s paradise; the town has plenty of restaurants that offer unforgettable meals for just a few euros. Most of them have extensive vegetarian menus as well. Don’t miss the chance to try some of these tasty treats, but remember to order an Albanian favourite: fërgesë gjize (baked cheese with peppers) and trilece (a tasty pie made with sponge cake and three different kinds of milk) for dessert.

Tirana is undoubtedly one of the liveliest towns in the Balkan Peninsula. The city’s nightlife scene is mainly focused in the Blloku district, the former restricted area that used to be closed to most people during the communist era. Today Blloku is open to everyone and is the coolest neighborhood in Tirana with plenty of clubs, cafés and bars frequented by locals, as well as tourists.

One of the best things to do in Tirana, especially on rainy days, is to visit its museums. The town is full of interesting museums that are excited to teach patrons about Albanian history. Start your museum journey with BunkArt1 and BunkArt2 to learn about the town’s communist past. Then head over to the National Museum of History to find out about the ancient history of Albania. Leave some time for the House of Leaves, where you can admire the archive of the former secret communist police Sigurimi. 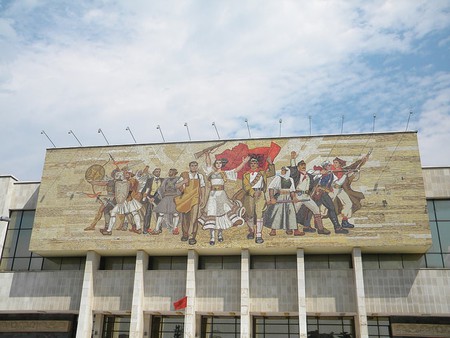 Another great reason to visit Tirana is the artificial lake situated in the southwest part of the town. It is surrounded by a park where locals spend their free time walking, running, chatting or just enjoying some peace and quiet. It is a wonderful respite from the city’s traffic.

If you think that Tirana is another one of those cities that’s covered in concrete, you are wrong. A surprising thing about the city is that it is a green destination. Among the colorful houses and palaces, there are many green parks and gardens, and most of the central streets are lined with trees. 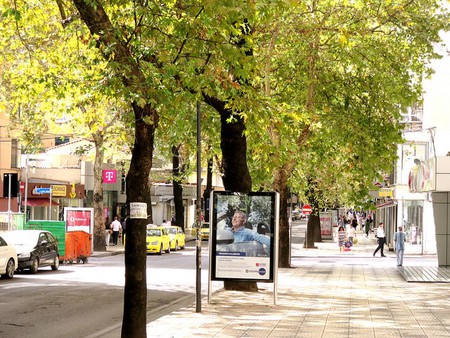 A street in Tirana lined with trees | ©Vesix/Flickr

Tirana has its own pyramid. Ok, we aren’t talking about an Egyptian pyramid, but it is a pyramid-shaped structure nonetheless. You can find it within a short walk from Skanderbeg Square in front of the Lana river. This monument was built in 1987 by the daughter of Enver Hoxha (Albania’s communist dictator), as a mausoleum for her father. Today the pyramid is mostly frequented by young skaters and families with children.

The Pyramid of Tirana | ©Bruno Vanbesien/Flickr

For the possibility of lots of day trips

Tirana is strategically located in the centre of Albania, so there are plenty of options for pleasant day trips from the capital city. Within less than an hour, you can reach Kruja, the town of the Albanian national hero Skanderbeg, or Durrës, the main coastal port town of the country. Within two hours, you can visit Shkodra, the country’s main town in the north, or cross the border and visit Prizren, the cultural capital of Kosovo, or Ohrid, the most romantic town in Macedonia and the Balkans. Your choice.