The Most Beautiful Buildings in Panama City 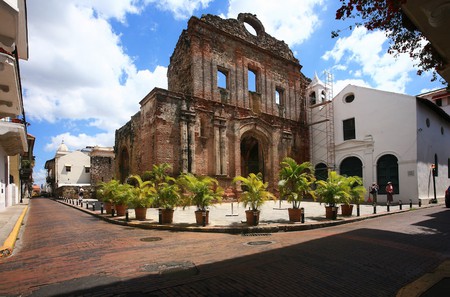 Caught between lush green mountains and the ocean, the capital of Panama is a concentration of colors and styles erected amidst a cement jungle. From colonial architectural landmarks to world-renowned designer creations, Panama City’s architectural landscape is extremely diverse. Here are the most beautiful buildings in Panama City. 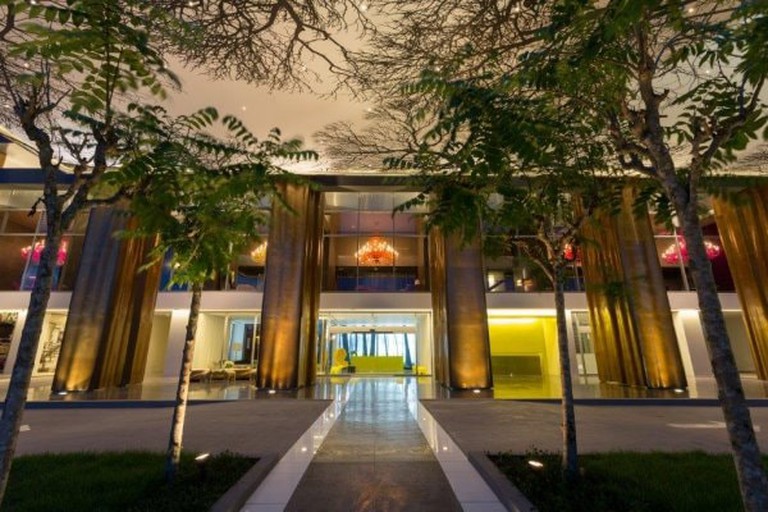 YOO Panama | © YOO Panama
Inspired by French designer Philippe Starck, YOO Panama is a sophisticated masterpiece that overlooks the ocean, right on Panama City’s most sought-after street, Avenida Balboa. The building, which was awarded Best Interior Design Apartment in Central and South America at the International Property Awards for the Americas in 2014, offers spectacular panoramic views over the bay and the Panama Canal. The 56-story apartment complex is made up of finely decorated apartments and lofts. It also features a giant rooftop pool surrounded by bungalows and two restaurants: the Chinese Chin Chin on the bottom floor, and the Mediterranean Cabana above.
Open In Google Maps
Avenida Balboa, Panamá, Panamá, Panama
+5072653030
Visit Website
Visit Facebook page
Give us feedback 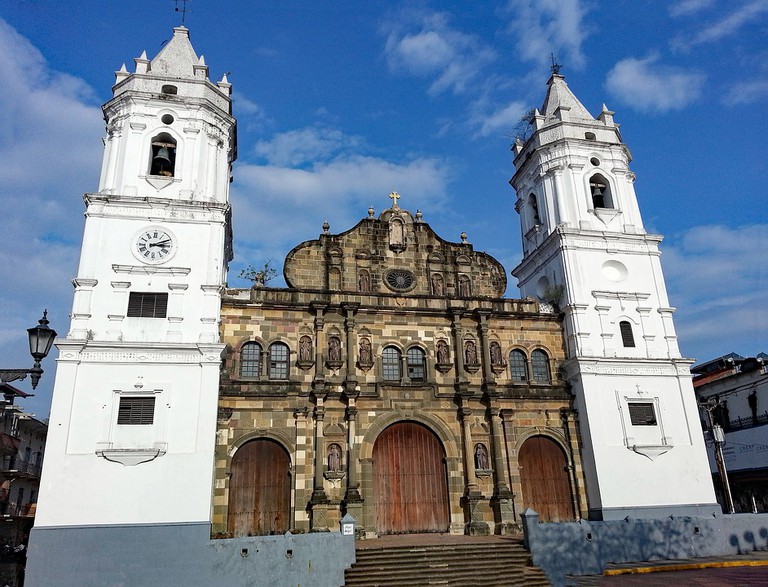 The cathedral in Casco Viejo, Panama | © Lapping/Pixabay
Recently restored, the Metropolitan Cathedral is one of the largest churches in Central America. The church stands out as one of the most impressive monuments in the historic district of Casco Viejo, which was entirely renovated and is today one of the most visited and exclusive locations in Panama City. Built in 1796, the Metropolitan Cathedral now serves as the headquarters of the archdiocese.
Open In Google Maps
7-53 Avenida B, Panamá, Panamá, Panama
Give us feedback 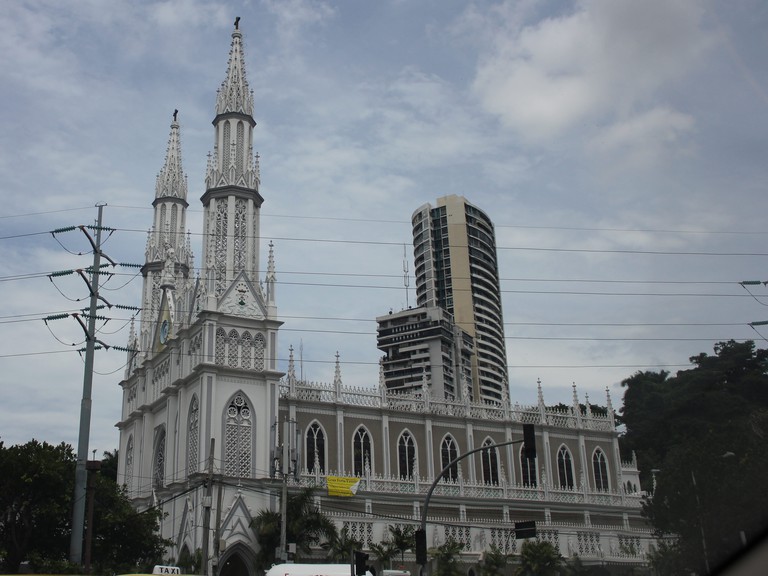 Iglesia del Carmen, Panama City | © Ayaita/WikiCommons
The Iglesia del Carmen (Church of our Lady of Mount Carmen) is a gothic icon right at the center of Panama City. Though the architectural style is reminiscent of the Middle Ages, the church was actually built in the 20th century. Curiously located in the middle of a busy area, the Iglesia del Carmen’s beauty towers over the urban surroundings. Today, it is one of the most-visited religious temples in the entire country, as well as one of the most remarkable buildings in Panama City.
Open In Google Maps
Avenida Manuel Espinosa Batista, Panamá, Panamá, Panama
+5072230360
Visit Website
Give us feedback 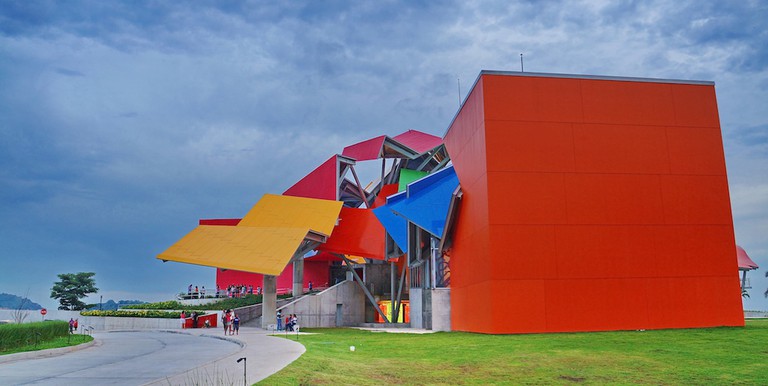 Biomuseo, Panama City | © Editorpana/WikiCommons
Designed by world-renowned architect Frank Gehry, the Biomuseo is an outstanding building in Panama City. It is Gehry’s only work in Latin America and the tropics, and the building was designed to represent the story of the Isthmus of Panama. Emerging from the waters, this narrow country became the bridge uniting two continents, thus splitting the ocean in two, and transforming the biodiversity of the earth forever. The Biomuseo is made up of eight permanent galleries designed by Bruce Man Design, a public hall, a space for temporary exhibitions, a shop, a cafe, and a botanical park outside.
Open In Google Maps
136 Calzada de Amador, Panamá, Panamá, Panama
+5078306700
Visit Website
Give us feedback 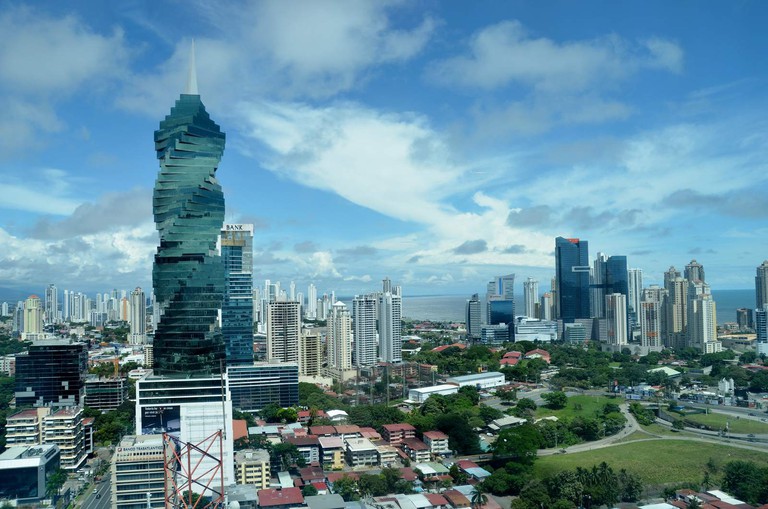 The view over Panama City's financial district | © Courtesy of Woondu
Often referred to as a Latin American Miami, Panama City has a rather dense financial district made up of a multitude of ultramodern glass skyscrapers and towers. The F&F Tower, also known as El Tornillo (“The Screw”), stands out as one of the most remarkable buildings on the city’s impressive skyline. The building’s shape is an innovation in Latin American architecture, and the tower was one of the winners of the Emporis Skyscraper Award in 2011.
Open In Google Maps
Calle 50, Panamá, Panamá, Panama
Give us feedback

Panama City’s National Theatre, located right at the heart of Casco Antiguo, is one of the best representatives of neoclassic architecture in the country. Designed by the Italian architect Giuseppe Ruggeri, who was also behind the Governmental Palace, it was inaugurated in 1908 to celebrate the presidential election of José Domingo de Obaldía. To this day, the theatre stands out as one of the most beautiful buildings in Panama City. 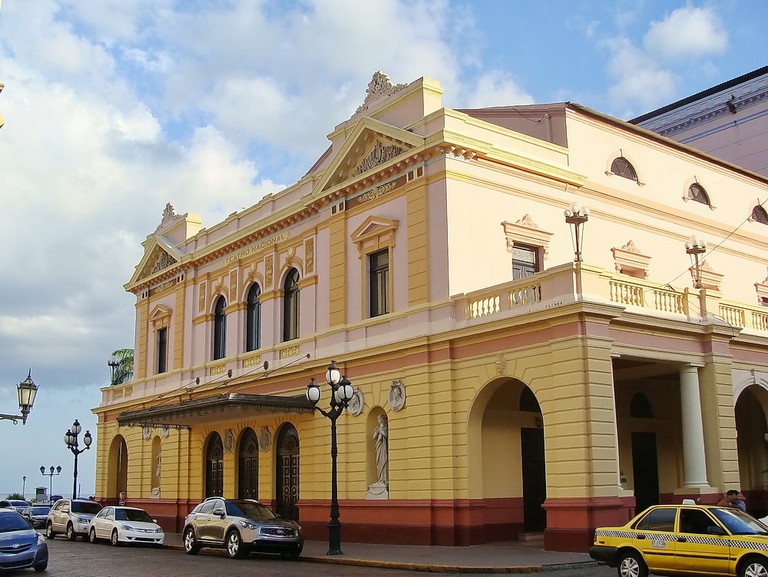