At the junction of two oceans and two continents, Panama City is one of the most diverse cities in Central America. A hybrid of Afro-Caribbean, European and Latin American cultures, the metropolis is home to a dynamic fusion of indigenous and modern influences. In April 2013, Panama City hosted the first-ever Art Bienniale of the South with the aim of promoting new trends in visual arts across the Central American region. Here we profile the best contemporary galleries in the bustling capital. 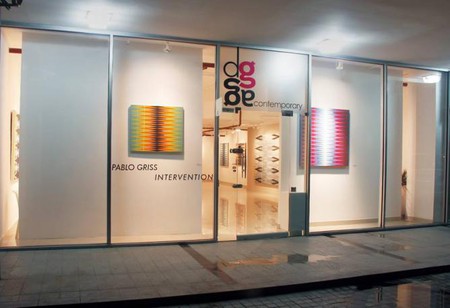 Art Gallery
Facebook
Email
Twitter
Pinterest
Copy link
Share
Map View
Bringing international contemporary art to the doorstep of art enthusiasts in Panama, the Dgriss Art Gallery displays the innovative and high-quality work of emerging artists from all over the world. The couple who run the venue, Pablo and Daniela Griss, give the modern gallery a personal touch, providing visitors with a warm welcome. They are also happy to talk about the works on display and are knowledgeable about the local art scene. Pablo Griss, an artist himself, exhibits a number of his own works – colorful abstract paintings which illustrate geometric spatial explorations. According to Daniela Griss, ‘contemporary art invites each viewer to feel a thousand things and to give each art piece a personal interpretation, and Dgriss aims to enhance this experience.’
Open In Google Maps
Corredor Sur, Panamá, Panama
Give us feedback 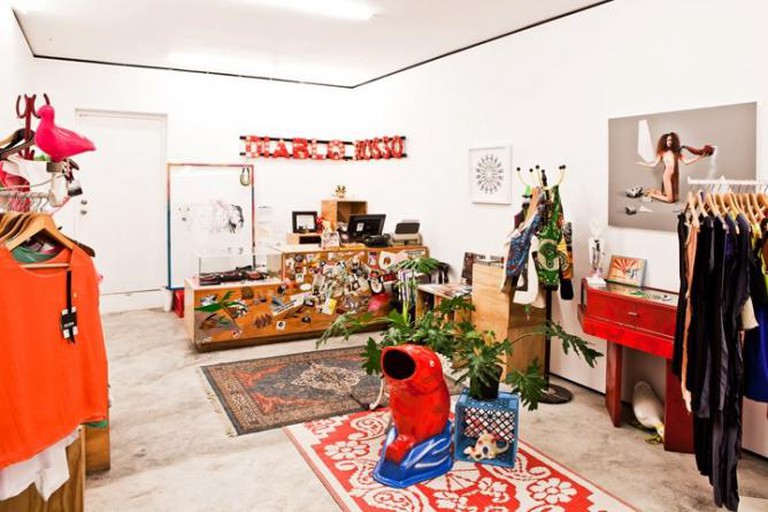 DiabloRosso, Panamá | © DiabloRosso
Founded in 2006, DiabloRosso is one of the few experimental spaces in Panama City that supports and promotes young artists. With its daring yet befitting name meaning ‘Red Devil’, DiabloRosso aims to encourage alternative thinking and nurture bold, young talent even though based in Casco Antiguo, the historic quarter of the city. The gallery is a multifunctional innovative hub, and consists of a showroom and a concept store. From art exhibitions, film screenings and lectures to dance performances and community-led art projects, the gallery is a wellspring of culture, seeking to deepen the appreciation of contemporary art and culture across the region. The store features items and clothing from young independent local and international designers.
Open In Google Maps
Avenida Central, Panamá, Panamá, Panama
+5072120832
Visit Website
Give us feedback

Art Gallery
Facebook
Email
Twitter
Pinterest
Copy link
Share
Map View
The Weil Art Gallery’s philosophy of ‘art as the fuel of life’ is immediately apparent. This upscale gallery showcases a range of remarkable paintings and sculptures, as well as handicraft of local and international origin. It includes pieces crafted in the 21st century by the indigenous Wounaan, Embera and Guna tribes of Panama – a powerful statement on the dichotomy between modernity and tradition. Situated in Casco Viejo, the historic old quarter, the gallery is the only art auction house in Panama. Owner Carlos Weil, an expert in Latin American art, takes pride in his work and invests his energy in researching and collecting art pieces for his avant-garde gallery. Weil has also authored a book – ‘Canal of Many Colours’, which recounts the history of Panama and its canal through the eyes of several contemporary artists.
Open In Google Maps
Calle 48 Este, Panamá, Panamá, Panama
+5072649697
Visit Website
Give us feedback

With more than 30 years of experience, Galería Arteconsult is a permanent showroom for high-calibre contemporary Panamanian and Latin American art. From abstract to figurative artwork, this spacious, sophisticated gallery displays an extraordinary assortment of acrylic and oil paintings, photography, sculptures and graphic art. To date, the gallery has hosted and represented artists such as the thought-provoking painter Ukrainian Andriy Halashyn, the fascinating sculptor Aurora Canero, and the well-known Panama-born photographer Sandra Eleta, among others.

Situated in the exclusive suburb of Coco del Mar, the Mateo Sariel Gallery is dedicated to the promotion and dissemination of vibrant and original contemporary art from all over Latin America. A key contributor to the development of art in Panama and the region, the gallery has presented 84 solo and group exhibitions of some of the most influential national and Latin American illustrious and rising artists and continues to introduce new artists to its public. Towards the end of 2013, the gallery held so easy/so hard, a solo exhibition by local artist Cisco Merel, which showcased a number of Merel’s vibrant kaleidoscopic paintings.

Library, Museum
Facebook
Email
Twitter
Pinterest
Copy link
Share
Map View
The privately owned Museo De Arte Contemporaneo is the only contemporary art museum in Panama and home to the world’s most comprehensive collection of Panamanian contemporary art. Established in 1983 in a renovated old Masonic temple, the MAC collects, conserves and spotlights art from Panama, as well as the rest of the Latin American continent. Featuring an excellent permanent collection with numerous pieces from the 20th century, the museum frequently hosts temporary exhibitions by renowned and up-and-coming Panamanian and foreign artists. More than just a collection of art, the MAC also houses an extensive library and archives open to the public, with a vision of promoting the history and appreciation of Panamanian and Latin American art.
Open In Google Maps
Calle San Blas, Panamá, Panamá, Panama
+5072623380
Visit Website
Give us feedback

Marion Gallery is a cultural space promoting new forms of contemporary art by renowned international artists. With three airy showrooms, the gallery accommodates up to three separate exhibitions at a time. Marión’s most distinguishing feature is its permanent exhibition dedicated to Venezuelan artist Carlos Cruz-Diez, one of the most prominent figures in optical kinetic art, with works in museums across the globe. Cruz-Diez’s plastic compositions, in particular, are mind-boggling for the way they play with colours to trick the eye. Through its activities and exhibitions, Marión Gallery seeks to create a direct and simple link between the artwork and its viewers, opening art to all audiences, and driving new experiences and dialogue through art. 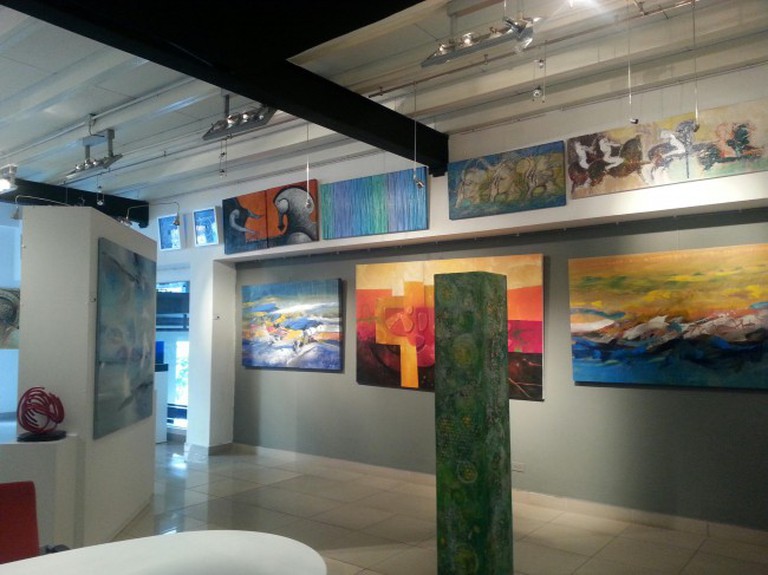 Inside A Priori Gallery | Courtesy of A Priori Gallery
A true gem, the A Priori Art Gallery houses a rich collection of photographs, paintings and sculptures. The ground floor of the gallery, where all nationalities and media become equals, features a permanent collection of masterpieces principally from Panama and Latin America. The second floor serves as an open art attic, housing a spectrum of artworks from various artists with a visible appeal to a broad audience of art lovers. The knowledgeable staff add to the ambience, and are always at hand to provide advice and key information on the art pieces.
Open In Google Maps
Calle 57 Este, Panamá, Panamá, Panama
+5073938370
Give us feedback

Founded in 1991, Allegro Galería started out by hosting a number of group exhibitions featuring well-known artists from Panama’s art scene such as Brooke Alfaro, Isabel De Obaldía and Olga Sinclair. In 2000, the gallery held an exhibition to celebrate the beginning of the 21st century – Huellas, meaning ‘footprints’ displayed the work of 20 of the best female artists living in Panama. More recently, in October 2013, the gallery hosted new artwork by the emerging artist Kansuet whose paintings portray striking interpretations of the balance between humanity, spirituality and the environment, and often depict his daughter. Over the years, the gallery has developed a notable reputation in Panama City as it continues to support and promote the work of local and international artists, exposing the latest trends in the contemporary visual arts.