NORTH AMERICA
/
GUATEMALA
/
Things to Do

The Best Music Festivals in Guatemala

Music lovers will be pleased to hear that Guatemala is home to a number of music festivals. Here are some of the best ones to look out for.

One of the largest music festivals in Guatemala takes place every year in May. The 2018 edition will take place on May 4-5 just outside Guatemala City. Top acts include Steve Aoki and Paul Van Dyk. You can camp in the grounds or visit for the day.

Every year a plot on the shores of Lake Atitlan plays host to Cosmic Convergence, a festival that combines music, dance, art and yoga. Travel to Santiago Atitlan from mid-December to the beginning of January to join in the fun.

This festival takes place at various venues around Guatemala City, and features workshops, panel discussions, and live music. It culminates in a closing party with an international DJ, such as Robag Wruhme in 2016.

Each February the village of San Marcos is home to the Harvest Festival. Festival goers travel to the shores of Lake Atitlan to listen to music and buy local foods in beautiful surroundings. The village is known as the most laid-back on Lake Atitlan, so don’t expect anything too raucous. 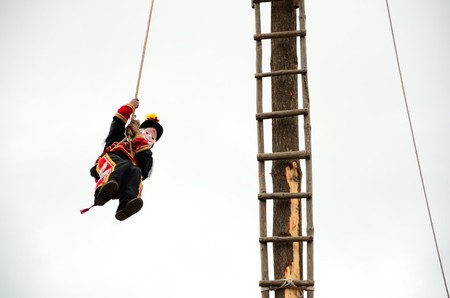 The market town of Chichicastenango is a favourite with tourists looking for souvenirs, but from December 14-21 each year it is transformed for the celebration of its patron saint. There is music, dancing and drinking, culminating in the palo volador ritual in which dancers spin through the air suspended from a tall pole.

Taking place in the second city of Quetzaltenango in November, this festival is organized by the French Cultural Institute. It involves local musicians playing gigs on half a dozen stages in the centre of the city.

Head to the city of Coban in the highlands to catch this folkloric festival of music and dance. It takes place each year in late July or early August and shows off the best of local Mayan culture. There is also a beauty queen competition.