The Best Documentaries about the Guatemalan Civil War 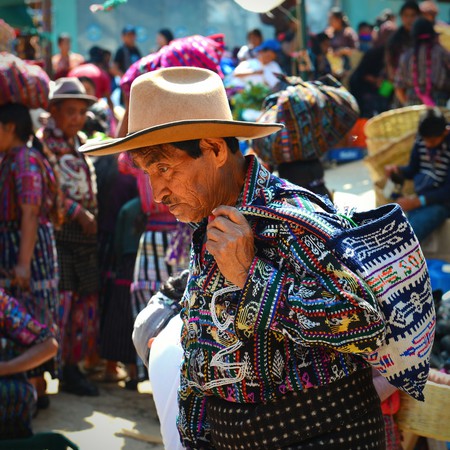 Maya man at the market in Sololá, Guatemala | © SL-Photography / Shutterstock

More than 200,000 people were killed or disappeared during the 36-year Guatemalan Civil War, and the country is still dealing with the repercussions. Here are some of the best documentaries on the subject.

The first film in a Guatemala-based trilogy from director Pamela Yates, this documentary focuses on the Ejercito Guerrillero de los Pobres (EGP) guerrilla group and its conflict with the Guatemalan army. There is some incredible footage from during the war, and a voiceover from Rigoberta Menchú Tum, the Maya activist who won the 1992 Nobel Peace Prize.

Director Patricia Flynn looks at the story of a Guatemalan child adopted by a family from Iowa during the civil war. Later on, the family realize that the girl was a survivor of a 1982 massacre by the Guatemalan army, and they travel to the land of her birth to find out more.

Instead of focusing on the horrors of war, this film focuses on the causes for hope in the aftermath. Director Tyler Rumph shows us how ex-combatants are working together on a communally-owned farm, and walks the audience through the conflict that tore their communities apart.

One of many massacres of the Guatemalan Civil War was called Dos Erres, where more than 200 people were killed. Two young boys survived the ordeal, and later told the story as part of their struggle for justice.

Another documentary by Pamela Yates, this film focuses on five characters who tell the story of the civil war through the eyes of the Maya. The indigenous group accounted for 84% of casualties during the war, and Granito shows how they suffered.

This documentary is a segment from the Frontline World series on PBS, in which journalist Clark Boyd travels to Guatemala to meet experts involved in investigating the mass killings of the war. It’s a good look at the important struggle to preserve the memory of the dead and disappeared.

When Jennifer Harbury moved to Guatemala, she probably didn’t count on falling in love with a guerrilla leader. However, that’s exactly what happened, opening the door to a war that would then take away that love in the most brutal circumstances.