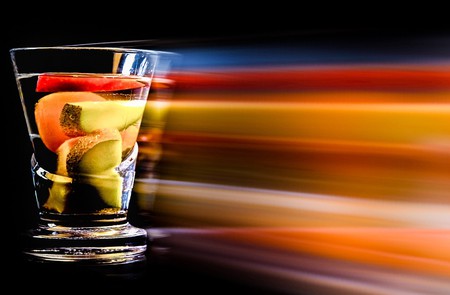 When you’re in Guatemala, you simply have to try the classic Quetzalteca aguardiente.

You’ll see the bottles in shops all over the country, with the distinctive label depicting a woman in indigenous dress. There are different sizes available, but the most popular are the pocket-sized ones which sell for as little as $2.

Different flavors are available, including original, tamarind and hibiscus. It remains hugely popular with locals, and it’s cheap. It’s well worth trying if you get bored of beer and fancy drinking like Guatemalans.

A part of the culture

The Quetzalteca brand is part of Industria Licoreras de Guatemala alcohol distillery, which also makes Ron Botran and Venado. It was founded by a family of immigrants from Spain, and the company remains a major player in the alcohol market.

Quetzalteca is sometimes known as “Indita,” due to the picture of the indigenous woman on the bottle. “Indita” is a derogatory slang term for indigenous women, and this nickname has caused increasing controversy in Guatemala.

While the nickname has nothing to do with the company itself, it has ignited debate. Many people want to stop the nickname being used, but changing the habit has proven difficult.

A reputation evolving over time

Interestingly, Quetzalteca was traditionally regarded as a lower-class drink, but things have changed in recent years. Since the release of the hibiscus flavor in 2011, middle and upper-class drinkers have been driving sales. These days you can find it in trendy bars in Guatemala City as well as neighborhood shops across the country, and many people see the drink as a symbol of national pride.

The tamarind and hibiscus flavors can be sickly sweet if you drink them straight, and many people mix Quetzalteca with lemonade and ice. At 36 degrees proof, you might be glad of a mixer if you don’t want to get too drunk too quickly.