How to Navigate the Public Transport System in Guatemala 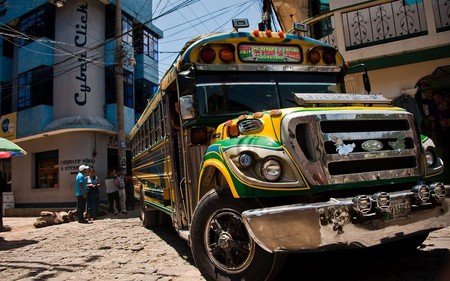 While it is possible to get private transport to take you from place to place in Guatemala, its comprehensive transport system means it isn’t really necessary. The many different modes of transport can, however, make getting around a little tricky at first. Here’s a guide to all the different types of public transport you’re likely to encounter during a trip to Guatemala: so you can tell collectivos from chicken buses, and tuk-tuks from tourist shuttles.

Tuk-tuks in Guatemala operate pretty much exactly like tuk-tuks anywhere. They’re incredibly useful for short distances — particularly to avoid carrying a heavy rucksack — but too uncomfortable for longer trips on the country’s often unpaved roads.

Taxis are more comfortable, but more expensive. For both options, make sure to haggle with the driver before starting any journey.

Uber has yet to take over Guatemala, but it is available in Antigua and Guatemala City.

Guatemala City is the only part of the country that has a formalised public transport system. To get around any of the other large towns, such as Xela or Huehuetenango, or to travel from one town to an outlying village (say, from Flores to Tikal), you’ll probably end up taking a collectivo. 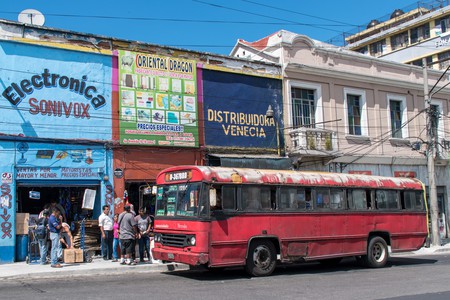 Collectivos tend to be either minibuses or people carriers. They really cram in passengers, and they’ll usually only leave once full. Each one will have someone leaning out the door, yelling out its destination – if it’s headed in the right direction, flag it down and climb aboard.

Most collectivos should have standard rates, but some might try and charge tourists extra.

The further from a major town or city you get, the less likely it is there will be a collectivo service running. Instead, on the roads you’ll start to see pickup trucks with bars for passengers to hold on to. These can be an exciting way to get around and, after a stuffy collectivo, the fresh air makes for a nice change. Just remember to hold on tight, especially when the back starts to fill up with passengers.

Lanchas are speedboats that are the primary way of getting around Lake Atitlan and Rio Dulce. Just find one that’s headed the right way, climb aboard and enjoy the ride. Like collectivos, lanchas will only leave once enough passengers are on board, so make sure to leave plenty of time if you’ve got somewhere to be. 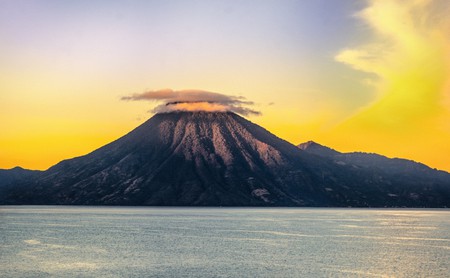 Guatemala’s most iconic form of transport, chicken buses are usually old American school buses that have been painted in jazzy new colours. These are how most Guatemalans get around, and a trip to the country wouldn’t be complete without a journey on one. They’re also hard to avoid, as they’re often the only way of getting from town to town.

Like collectivos, chances are someone will be leaning out the door announcing the destination. They’ll also often advertise their route on the front of the bus. Once on board, someone will come and collect your fare.

For the longer journeys across Guatemala, a coach is usually a good option. These leave at specific times from dedicated coach stations in each place: you’ll need to find out which operator is going to your destination, then head down to their station and buy a ticket before you board.

The ticketing means you’ll usually (but not always) get a seat. The best coaches are Pullmans, which operate out of Guatemala City. Outside the capital, the level of luxury varies.

Overnight buses don’t really tend to exist in Guatemala, with the exception being the Guatemala City–Flores route.

Tourist shuttles run between all of Guatemala’s most popular destinations. They’ll usually offer a door-to-door service, with air conditioning and scheduled bathroom breaks. However, they’re also much more expensive than the options used by locals.

To book a seat on a tourist shuttle, just talk to one of the numerous agencies dotted around each town. Major hostels and hotels will sell tickets too, but to get the best price it’s worth shopping around a bit.