A Walking Tour of Xela, Guatemala 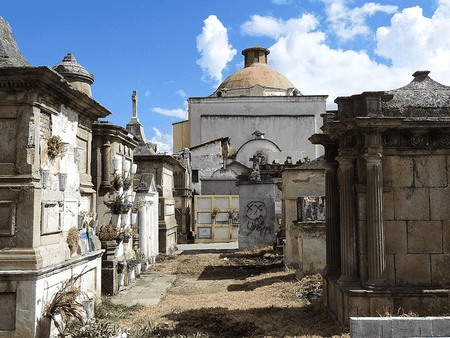 Quetzaltenango might be one of the biggest cities in Guatemala — second only to the capital, Guatemala City — but it’s still easy to see most of it under your own steam, provided you don’t mind scaling the odd hill and navigating some uneven pavements. Many of the best architecture and attractions lie close to its historical centre – here’s how to see what the city has to offer on foot.

Start off in the heart of Xela, at the Parque Centro America. Notable sights here include the ‘kiosk’, a circular series of columns that’s become a popular place to meet up and socialise, and Xela’s cathedral, all but the front of which has been destroyed in successive earthquakes. A new building stands just behind, but it’s the ornate old entrance to the building that really stands out.

While here, pay a visit to El Balcon del Enriquez at the top of the Pasaje Enriquez on the north-west side of the square. The coffee is good, and it’s a great place to watch life going by in the square below or gaze out at the volcanoes that surround Xela.

After El Balcon, take a stroll through the Pasaje Enriquez arcade, taking in the impressive colonial architecture. Then take a left, followed by a right onto 7A Calle. You’ll be greeted with a view of the Puerto Los Chocoyos, or ‘Parakeet Bridge’.

The bridge, completed in 1855, apparently got its name because birds used to be bought and sold on this road. Today, the need for a bridge to cross a mildly busy street might not be clear. But in 1855, when the streets of Xela used to regularly flood, it was much more useful. Walk over the bridge for some nice views of the square. 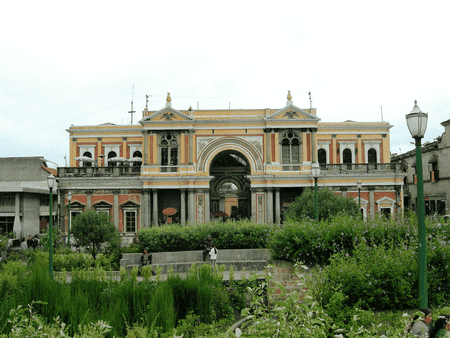 La Democracia is Quetzaltenango’s biggest market. While it isn’t as pretty as those in nearby San Francisco or Chichicastenango, it does offer a glimpse into what Guatemalan markets are actually like. Unfortunately, to get there requires walking up a hill – don’t worry, the views from the top make up for it.

There’s a huge range of things for sale across all the different stalls of the market — though souvenirs can be tough to find — so take a wander round if there’s anything you need. Otherwise, have a mooch and take in all the sights and smells. Remember to watch out for traffic, though, as the road here is still very much in use.

The Centro Intercultural de Quetzaltenango is home to three of the best museums that the city has to offer, as well as a range of temporary exhibitions and shows. So anyone interested in finding out more about the history, art and culture of the area should head inside and take a look. If not, then the building itself is a remarkable curiosity: it used to house Quetzaltenango’s railway.

If you feel like extending the walk, then carry on down 4A Calle to the Templo Minerva. Built by one of Guatemala’s many dictators, it’s dedicated to the Greek goddess of learning. 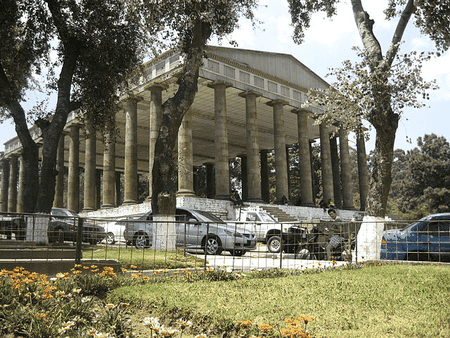 From the Centro Intercultural, it’s a short walk down to the city’s biggest cemetery. Prettily located on a hill to the west of the central Xela, a walk among the brightly coloured gravestones here reveals a lot about Xela’s past. Vanushka’s grave is of particular interest. According to local legend, she was a gypsy who died of a broken heart when her Guatemalan lover was sent to Spain. Today, the lovestruck leave flowers and messages by the tomb, pleading for her help.

Once you’re done, you can get back to the Parque Centro America along 4A Calle. It’s only 15 or so minutes’ walk.