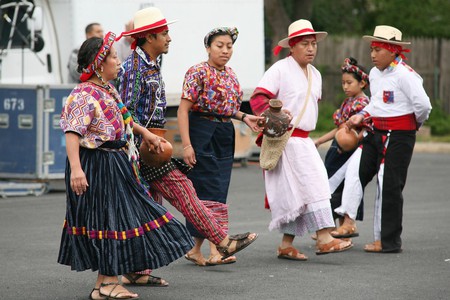 With many different Mayan cultures and the lasting influence of the Spanish colonial era, it should come as no surprise that Guatemala has a whole raft of traditional dances. Here are some of the best to look out for.

Each January the town of Rabinal celebrates its patron saint with a traditional dance that tells the story of conflict between the Quiche Maya and the Rabinaleb Maya. Head to the department of Baja Verapaz in early January to join the party.

The Dance of the Old People takes place in the town of Santa Cruz Verapaz. Participants dressed up as the elderly parade through the streets in honor of the Virgin Mary, and it’s one of the oldest dances in Guatemala.

According to a story in the Popol Vuh, sacred book of the Maya, two brothers were turned into monkeys as punishment for trying to kill their other two brothers. The dance of the palo volador commemorates the story and features two dancers dressed as monkeys hanging from ropes on a huge pole, swinging slowly to the ground. You can see the palo volador in Chichicastenango on January 17-23, Cubulco on July 26 and Joyabaj on August 15.

The Dance of the Conquest narrates the confrontations between the Maya K’iche’ and the conquistador armies led by Pedro de Alvarado. It is usually found in the western Highlands of Guatemala, particularly in Quiche and Totonicapán.

Many people aren’t aware that there is a Garifuna community in Guatemala, descended from escaped slaves. They settled in a place called Livingston near Rio Dulce, which is only accessible by boat. The community has many different dances, but the most famous is the Yurumein. You can see it during celebrations for National Garifuna Day on November 26. 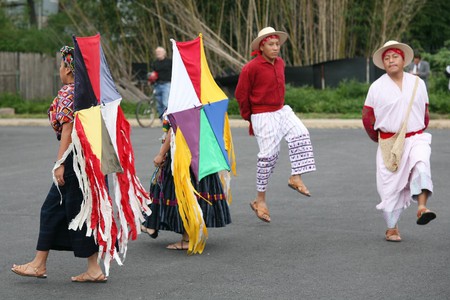 This violent dance usually takes place in April. It tells the story of two shepherd families who are fighting over a woman, and involves 25 dancers, one of whom is whipped during the performance. It is certainly a sight to see.

This satirical dance evokes the bullfights and other Spanish traditions that were introduced by the conquistadors. Characters include the landowner, several young women, a group of cowboys and shepherds, and a number of bulls. In total there are 32 people involved in the dance.