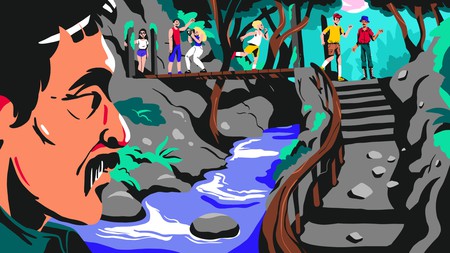 As the land heals from the 1980s civil war in El Salvador, new trees and plants have grown in the old wounds of the country’s battlefields. And the new protectors of that land are the very people who once fought there.

A deep scar is visible on the outstretched leg of a man named Don Rafa. He stands in front of a group of tourists at the entrance to Cinquera Rain Forest Park. Around him, quetzals sing in the trees, and the sound of the river echoes peacefully through the area. Such tranquil surroundings may seem like an unlikely setting for stories of war and conflict, but that’s what Don Rafa recounts to the visitors around him.

“The forest saved my life, many times,” Don Rafa explains in Spanish. “This is where I’m happiest now. The forest is my therapy.” His scar is the lasting legacy of a bullet wound picked up in the final years of the Salvadoran Civil War.

During that long conflict, Don Rafa lived and fought amid these trees. When the war came to a close in 1992, he had a new battle to fight. Over the last three decades, Don Rafa and his motley group of aging ex-guerrilla fighters have turned the battleground into a nature preserve, to save the forest that saved their lives. 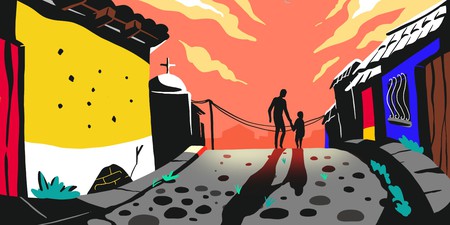 Suchitoto: A place of turmoil and healing

A dirt track leads from the town of Suchitoto to the entrance of Cinquera Rain Forest Park. Just one hour from the capital, San Salvador, the area is located in the highlands and became a guerrilla stronghold between 1979 and 1992, the long civil war years.

Hector Salazar is a local tour guide who regularly leads travelers into the forest, explaining the war’s history and uncovering the natural history of the area. Today, the trees are tall and the singing quetzals are abundant, but it wasn’t always this way. For centuries after the Spanish conquest, generation after generation toiled in fields cleared for farming. But in 1979, revolution and rebellion gripped El Salvador after a violent coup deposed the government. Inspired by the writings of Marx and Lenin, the Farabundo Martí National Liberation Front (FMLN) formed from a disparate band of left-leaning parties to instigate rebellion.

The brutal war would pit the US-backed, right-wing armies of the El Salvadoran government at that time against the guerrilla bands of the FMLN. This was a conflict that could trace its roots back to the colonial days and that saw impoverished workers rising up against landowners and elites in search of rights and land reforms. Suchitoto, with its poor, rural population, quickly became a hotbed for guerrilla activities.

“In 1980, the rebels moved into the fields here, and the production and growing of crops stopped,” says Salazar. “The trees began to return and the forest came back. The naked Indian tree can grow in just a few years, so the forest here grew up incredibly quickly.”

Don Rafa was among the rebels who took over this land. “His real name is Rafael Hernandez,” Salazar explains. “His guerrilla name was Santos. Now, we all call him Don Rafa. ‘Don’ is a sign of respect.”

Don Rafa was just 16 when he joined the guerrillas in 1979. “I wanted to join the revolution in Cinquera, my home village,” Don Rafa says. For the next decade, Don Rafa would fight against the El Salvadoran army.

“Before the war, Cinquera and all of this land around us was owned by one family,” Don Rafa says. Growing up in a poor, peasant family, Don Rafa had known little but the poverty and hardships of life in rural El Salvador under a system that differed little from the colonial era. “I wanted to change the world, and if I had to die, I would die fighting.”

Don Rafa was shot in an ambush in 1988. The war was over for him. He would spend the next few years in hiding, moving from village to village, until the guerrilla party succeeded in bringing democratic elections to the country in 1994. After more than a decade of civil war, the tide had turned in favor of the rebels. The FMLN signed peace accords with the government, laid down their weapons and were then voted into parliament as a political party by the people of El Salvador. 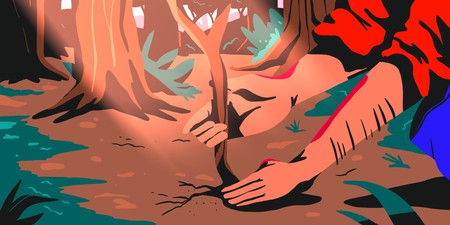 Repaying the debt to nature

After the war, many of the former guerrilla fighters now found themselves owning the land they had been fighting on, in the wake of vast land reforms instigated by the new government. Rather than simply cutting down the trees and farming the land as their forefathers had, the guerrillas in Suchitoto decided to protect their new natural environment.

“It’s not a national park but a private park owned by the former rebels,” Salazar says. “They say it is an inheritance. The forest protected them during the war, so now it’s their time to protect the forest.”

Don Rafa and his former guerrilla comrades felt that they owed the debt of their lives to the land that had shielded their guerrilla hideouts. The trees had sheltered and fed them.

In peacetime, they began to work as park rangers in their unofficial national park. Rather than hiding from military helicopters or fighting in trenches, they would spend the next decades tracking poachers and taking on illegal loggers. 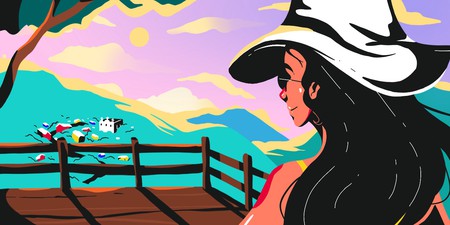 The ex-guerrillas turned to tourism to find new ways to not only preserve the land but to create an income. Don Rafa would lead visitors into the park, regaling them with tales of conflict and unearthing for them the nature that now thrives in this former war zone. Now more tours are being offered in English that include both war tours and nature tours mixed together.

Don Rafa and his band of ex-guerrilla fighters are now retiring; Don Rafa feels that he is too old to lead tours. Their conservation efforts, though, have given the next generation – such as Salazar – new opportunities to work in tourism. It’s a welcome economic avenue in poverty-stricken El Salvador.

Salazar was born in 1991, the year before the civil war officially ended. He’s regularly led tour groups into Cinquera Rain Forest Park, pointing out the rustic ovens that were used for cooking and explaining the guerrilla tactics that were used by fighters.

But it’s not just a war tour. Salazar also points out wild ginger and identifies bird species in the trees as he guides visitors to the top of a newly built observation tower that rises above the canopy. After leading hikers through the forest, Salazar translates Don Rafa’s tales for the increasing number of English-speaking tourists who are starting to discover the raw beauty and fascinating history that’s found in El Salvador.

Don Rafa fought for his comrades, then he fought for the earth. His revolutionary spirit has never disappeared with age.

“People ask me: ‘Don Rafa, you survived the war. If there was a new war, would you do the same?’” he says. “I couldn’t fight now; I’m too old and I’m injured. But if the cause was just, I would make tortillas!”