Where to See the Largest Congregation of Crocodiles in Central America 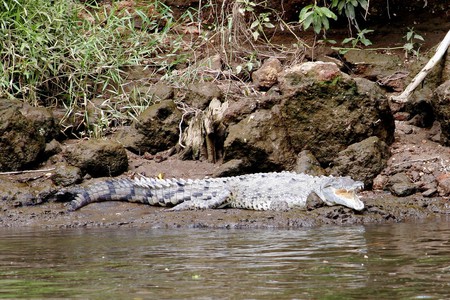 There is a river in Costa Rica that is infested with crocodiles, and it has been said that this particular river has more crocodiles per square kilometer than any other place in the world. This dense population of prehistoric reptiles has attracted visitors from all around the globe, and when you are there in person, you will totally understand why.

The Tarcoles River, sometimes called the Rio Grande de Tarcoles, is formed from two convergent rivers, the Virilla and the Grande de San Ramón, in the province of Puntarenas. The river eventually pours out in the Pacific Ocean. While the Tarcoles River is infamous for its American crocodile population, it is also well recognized as being one of the most polluted rivers in Costa Rica. Between the crocs and the widespread contamination, you most definitely don’t even want to put a toe in the water! Despite the sewage and other industrial contaminants that make their way into the river, the wildlife is booming, with 50 species of birds and a variety of mammals, reptiles, insects, and amphibians. 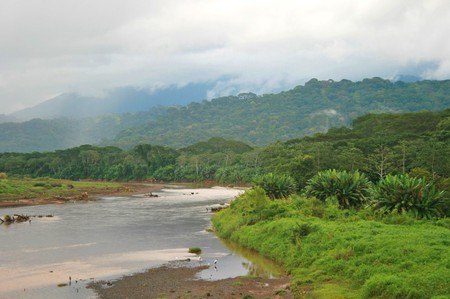 The crocodile that we know today has survived relatively unchanged for over 65 million years. American crocodiles are far shyer than their Nile and Australian cousins, but are still top predators and pose a threat to anyone who dares swim in their territory. They can grow up to 16 feet (five meters) long, weigh as much as 1,500 pounds (680 kilograms), and live to be as old as 70. The Tarcoles River is home to around 2,000 crocodiles, and it is estimated that there are 25 crocodiles per square mile from the start of the river in the Carara National Park to where the river spills into the Pacific Ocean. 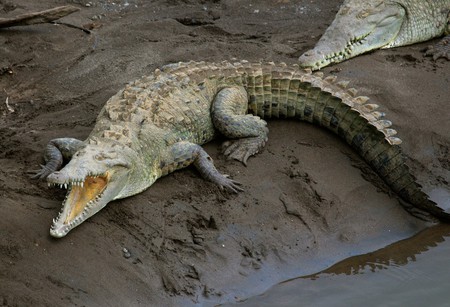 How to view the crocodiles

The best way to observe these mammoth river monsters is from the Tarcoles River bridge or on a boat tour down the river.

The Tarcoles River bridge, also known as the crocodile bridge, looks down onto a part of the river that is favored by the crocodiles. At any given time, you can see at least a dozen crocodiles sunbathing on the river banks or floating in the waterway. 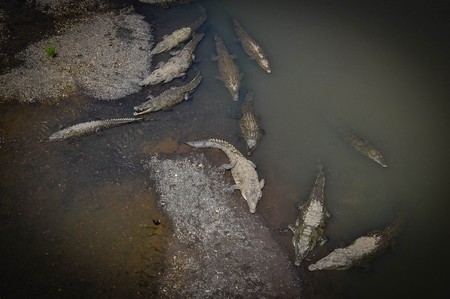 Alternatively, a guided boat tour down the Tarcoles River is an incredible experience, and you are surely safe inside of the boat. On your tour, you will not only see an extraordinary number of crocodiles, but also all sorts of other fascinating wildlife. The river is home to a number of mangroves species, too. Witnessing such a large congregation of enormous reptiles is a reminder of how incredible our planet is and how much respect we owe to nature and her inhabitants. 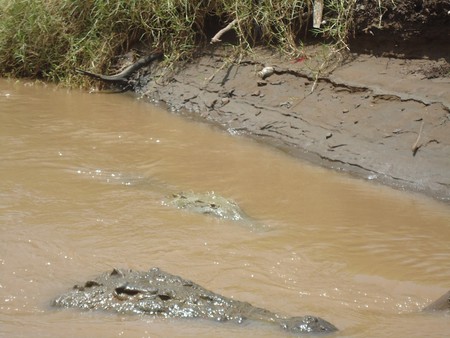 Unfortunately, the crocodiles have been conditioned to stick around the bridge and other hotspots as a result of tour operators feeding them in the past, and continuing to do so illegally to attract more tourists to their boat tours. The crocodiles have become increasingly more aggressive toward people, and more crocodile attacks have been happening in Costa Rica in recent times, with the illegal feedings partially to blame for this, so do the crocs a favour and let them find their own dinner. 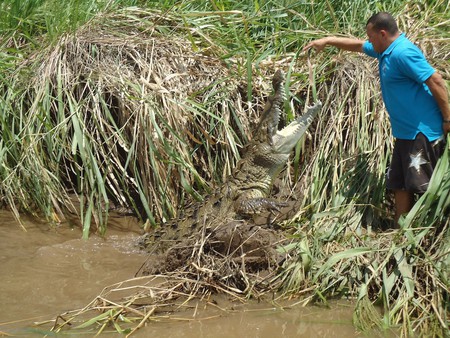