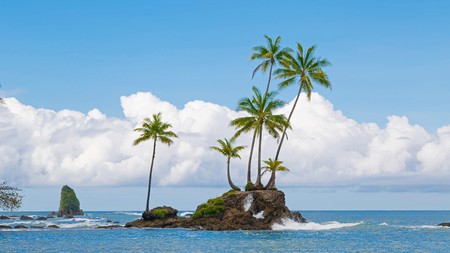 The Central and South Pacific coasts of Costa Rica are full of wonder, wildlife, immense beauty and endless adventures. A two-week trip to this region can be as action-packed or as laid-back as you desire, but if you’re looking to do and see as much as possible, here is an itinerary to help inspire your trip planning.

If you’re looking to have all the details taken care of for you, book yourself on our epic nine-day trip to Costa Rica, which spans the surf town of Tamarindo and the cloud forest of Monteverde.

For this itinerary, it is best to take a Nature Air flight from San José to Quepos to start your adventure and then return to San José via Puerto Jimenez or Drake Bay. Nature Air is the first carbon-neutral airline in the world, so you can feel good about cruising around Costa Rica on a plane that offsets its carbon emissions. In between the bigger cities, get around on a private shuttle; most tours provide transportation to and from your accommodation. The staff at your hotel in Quepos, Manuel Antonio, Drake Bay and Puerto Jimenez can recommend the best local transportation and guides. 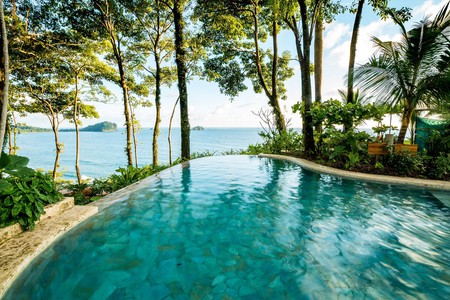 Fly into Juan Santamaria International Airport in San José, then fly Nature Air from San José to Quepos. You’ll spend several days in the Manuel Antonio/Quepos area for the first portion of this grand adventure. Arenas Del Mar and Hotel Si Como No are two excellent accommodation choices, but there are several other boutique hotels in Manuel Antonio from which to choose. 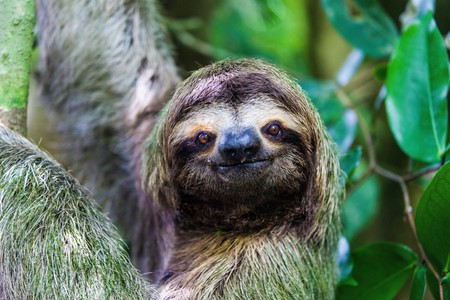 Take a tour and explore Manuel Antonio National Park (the park is closed on Mondays). You might spot the resident white-faced capuchin monkeys and the two- and three-toed sloths; also look out for the 180 bird species that live here. There are also three gorgeous beaches, a waterfall and multiple hiking trails. It is easy to spend the entire day in the park, on either a guided or self-guided tour.

Take an estuary tour through Damas Island, which juts out of the Manuel Antonio shore. On this tour, you will explore the estuary and mangrove forests to spot monkeys, crocodiles, iguanas, birds and other fascinating wildlife. 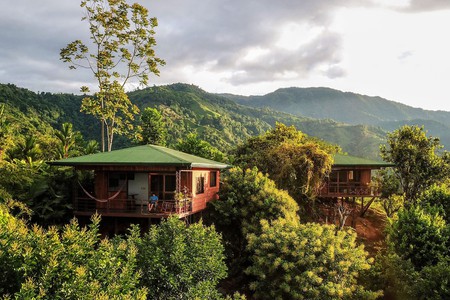 Spend the day at Santa Juana, a nature reserve with a pretty mountain lodge, just an hour inland from Manuel Antonio. There are a plenty of adventures here, including tours of the park, zip line excursions and a trip to the Los Santos coffee plantations.

Go catch dinner. Quepos is known as the sailfish capital of the world. While sailfish are catch and release, this area is also well-known for snapper and dorado. There are half- and full-day fishing tours that leave from Marina Pez Vela. 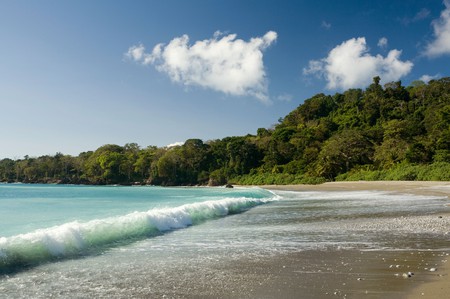 Have a private picnic on Playa Matapalo (also known as Playa Linda), just south of Manuel Antonio. This beach is what you might call a hidden gem. Made of light-colored sand, and lined with palm and almond trees, it’s a scene straight off a postcard. This is the perfect beach to spend the day swimming in calm waters, relaxing in the shade of palms, enjoying a beach lunch, sipping cold beers, and letting your stress drift out to sea.

Go whale watching. The Marino Ballena National Park in Uvita, an hour south of Manuel Antonio, is one of the best places in Costa Rica to spot humpback whales, along with dolphins and other marine life. Playa Uvita is even shaped like a whale’s tail. Taking a whale-watching tour is the best way to increase your chances of observing these giant animals. 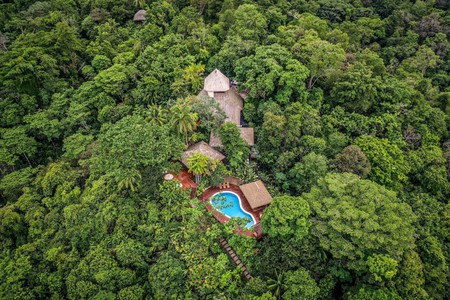 Move south. For the next three days, you will be on the southern end of the Osa Peninsula. Drake Bay and Puerto Jimenez, both on the Osa Peninsula, are each about a three- to four-hour drive from Quepos. Choose to stay in either, both have a small airport. Aguilla de Osa Inn and Lapa Rios Ecolodge are two spectacular places to stay.

Go diving in the Caño Island Biological Reserve, one of the top snorkeling and scuba diving destinations on the Pacific coast of Costa Rica. The island reefs are home to an abundance of fish and marine life, including sea turtles, manta rays, devil rays, parrotfish, starfish, white-tipped reef sharks and 19 types of coral. Dolphin and whale sightings are also quite common. Most tours include snorkeling and a beach picnic on the island, with time to swim, sunbathe and take in the beauty of your surroundings. 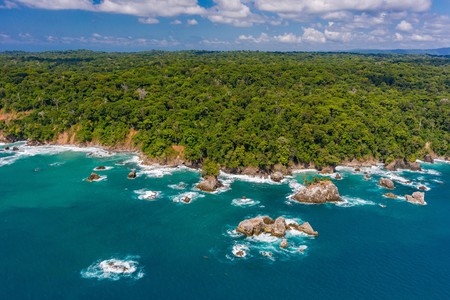 Explore the Corcovado National Park and the surrounding beaches. Note: visitors must go with a certified guide. The park is home to more than 500 types of tree and around 140 mammal species, 370 bird species, 117 amphibian and reptile species and 6,000 insect species. There are four ranger stations and multiple ecosystems within the 100,000-acre (40,469ha) protected park.

Depending on where you stayed, take a quick Nature Air flight from Drake Bay or Puerto Jimenez back to San José.