A Brief History of the Metropolitan Church in San José 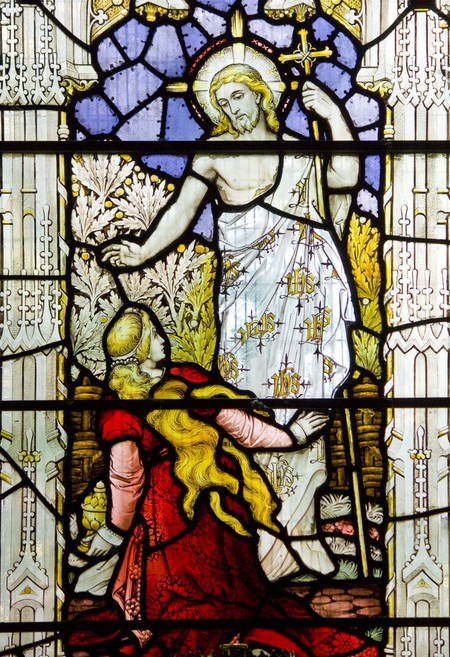 Costa Rica is a predominately Catholic country. The results of a recent survey concluded that 47 per cent of Costa Ricans identify as practicing Catholics, and 23 per cent identify as non-practicing Catholics. In 1949, it was written into the Costa Rican Constitution that all religions are accepted and permitted to be practiced freely in Costa Rica. Even though there is freedom of religion in Costa Rica, Catholicism still reigns the dominant denomination. 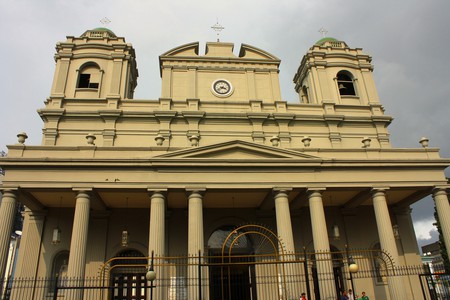 Front facade of the Metropolitan Cathedral

In order for San José to be considered a city by the Spanish Court, the construction of a church was sanctioned. In 1825, Eusebio Rodriguez started construction on the ordered church. It took two years to build but wasn’t actually declared a cathedral until 23 years later when bishop Mgr. Anselmo Llorente was ordained. In 1871, the cathedral underwent an architectural study due to a series of earthquakes. It was concluded that the cathedral needed to have the roof replaced and constructed out of something more sturdy than clay and wood. 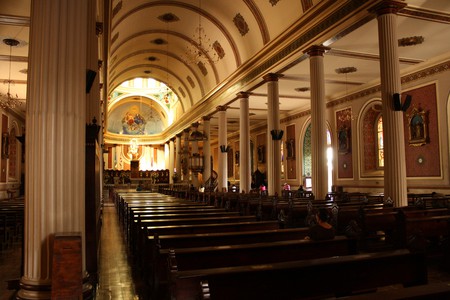 Close to 100 years later, due to the effects of several more earthquakes, the cathedral again needed some structural reinforcements. During this construction period, the National Museum found pottery that dated all the way back to between 300BC and 300AD. They also dug up a Christian cross. Because of these discoveries, the Metropolitan Church was declared of Architectural and Historical Importance.

In March of 1983, Pope John Paul II visited the cathedral. Afterward, a scripture was commissioned by internationally famed Costa Rican sculptor Jorge Jiménez Deredia. The $220,000 giant sculpture of the Pope is engraved with the following quotes: ‘No tengáis miedo‘ (Fear not); and ‘Levantaos, vamos, Cristo esta con vosotros‘ (Rise, let’s go, Christ is with you). 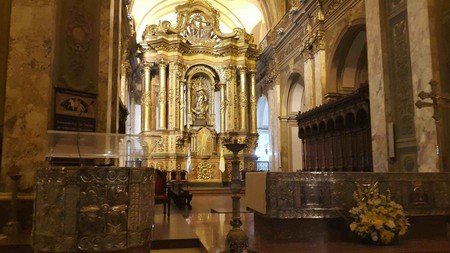 This impressive cathedral also has a 16-foot completely restored pipe organ. There are beautiful stained-glass windows, colonial-style tiled floors, and vaulted ceilings. It is quite a sight to see. The cathedral is also located within walking distance of a number of other historical and city landmarks, such as the central park and the National Museum. There are great walking tours throughout downtown San José for visitors interested in knowing an in depth history of the cathedral and other famous landmarks.