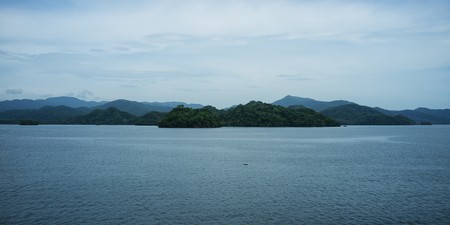 Isla San Lucas is an island located in the Gulf of Nicoya on Costa Rica’s Pacific side. It is approximately 5.4 miles (8.7 kilometers) off the coast of Puntarenas and takes between 30 and 40 minutes to reach by boat, having been made accessible to visitors in recent years. Isla San Lucas is an infamous island with a dark past. Now a historical landmark and a national wildlife refuge, the island was once home to Costa Rica’s most feared prison.

President Tomas Guardia chose Isla San Lucas as the location of a penitentiary in 1873. For over one hundred years until 1991, Isla San Lucas housed some of Costa Rica’s most infamous criminals. Being sentenced to prison on Isla San Lucas was a borderline death sentence. The living conditions were extreme and inhumane, and often prisoners were subjected to long bouts of torture. The most common form of torture was being placed in a deep hole that was saturated with rainwater and raw sewage for days on end. Many prisoners didn’t make it out of their sentences alive. 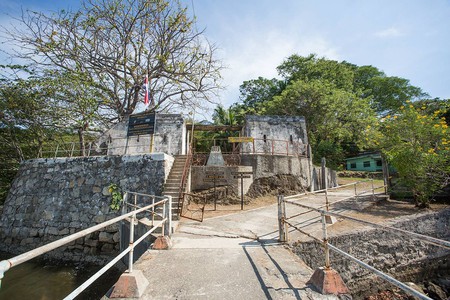 There were both medium and maximum-security cells. Many of the cell walls are decorated with art and graffiti by prisoners that clearly depict a life of suffering, pain, anger, hatred, and loneliness. These drawings and paintings can still be seen today. While the pain and suffering of the prisoners of Isla San Lucas can be seen on these old prison walls, one prisoner took immortalizing this dreaded period of time and experience one step further. Jose Leon Sanchez spent 30 years on Isla San Lucas, and was determined to share with the world the atrocities and awful experiences of his time here.

Jose Leon Sanchez was sentenced to 45 years at the prison on Isla San Lucas for stealing jewels from the Basilica de Los Angeles in Cartago. He was barely 20 at the time of his sentence. Sanchez claims he was completely innocent but, out of love, took the blame for a crime he didn’t commit. Sanchez’ girlfriend’s father asked him to drop some cans off at a specific location one day. Sanchez did it without realizing that those cans were filled with the stolen jewels. When Sanchez’ girlfriend’s father got caught, he told the police that Sanchez had stolen the jewels. Sanchez was sentenced and ultimately didn’t put up a fight out of love for his girlfriend. He sadly never saw her again.

Sanchez spent 30 years on the island. In 1963, he wrote a novel that ended up selling over a million copies and was translated into 25 different languages. The book, La Isla de los Hombres Solos (“The Island of Lonely Men”) is an account of how horrifically the prisoners were treated and what life on the “devil island” was really like. It is a truly gruesome, gut wrenching, but captivating story.

There are guided tours available for visitors who want to explore this haunting, but surprisingly stunning island. During a tour of Isla San Lucas, you will visit the old prison where you will have a chance to see some of the cells, the prison wall artwork, and hear stories from the days when the prison was operating. Following the prison tour, you will then take a beautiful forest hike to one of the island’s 19 beaches where you will have lunch. Following your time on the island, you will sail around the island for a different perspective. 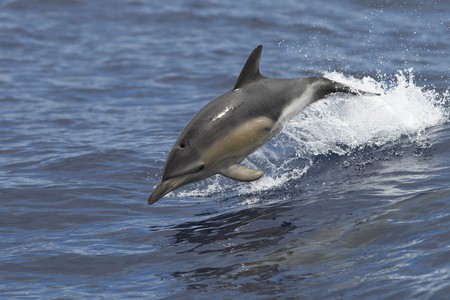 In February 2011, Isla San Lucas was officially declared a national wildlife refuge. There are only two islands in the Gulf of Nicoya that have a natural fresh water supply, and Isla San Lucas is one of them. It is for this reason that there is actually an impressive amount of biodiversity on the island. Howler monkeys, deer, and bats are the predominant land residents, and the surrounding waters are teeming with tropical fish, dolphins, sea turtles, rays, and sharks. At one point, indigenous tribes also occupied the island, and there have been eight archeological sites discovered here.