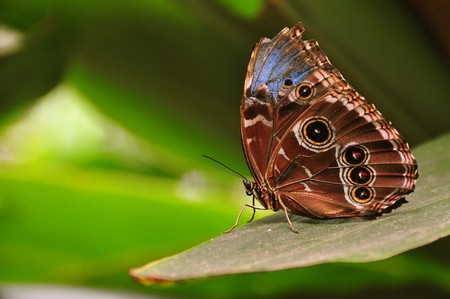 Costa Rica is home to 5% of the world’s biodiversity and is divided into 12 unique ecological zones, including deciduous forests, rainforests, cloud forests, dry forests, mangrove swamps, and coral reefs. There are 27 national parks in Costa Rica that contain thousands of species of trees and plants, fish, and insects along with hundreds of species of mammals, reptiles, amphibians, and birds. A quarter of the country is made up of protected parks and reserves, a paradise of natural wonders. 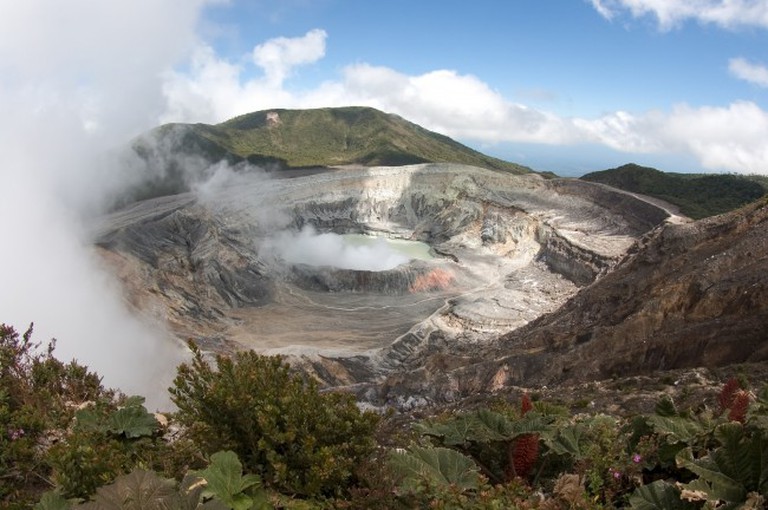 Poás Volcano National Park, Costa Rica | © travelmag.com/Flickr
Poas Volcano National Park is home to one of Costa Rica’s largest and most active volcanoes. Thousands of visitors a year visit this breathtakingly beautiful park to witness the still smoking craters, explosive geysers, and rich flora and fauna. Located only 1½ hours from San Jose, a day trip to this area is quite simple and highly rewarding. Aside from the volcanic area, the park is also made up of cloud, rain and low mountain forests. On a clear day, you can actually see both the Pacific and Atlantic coasts from some of the high look out points!
Open In Google Maps
Provincia de Alajuela, Costa Rica
+50624822165
Visit Website
Give us feedback 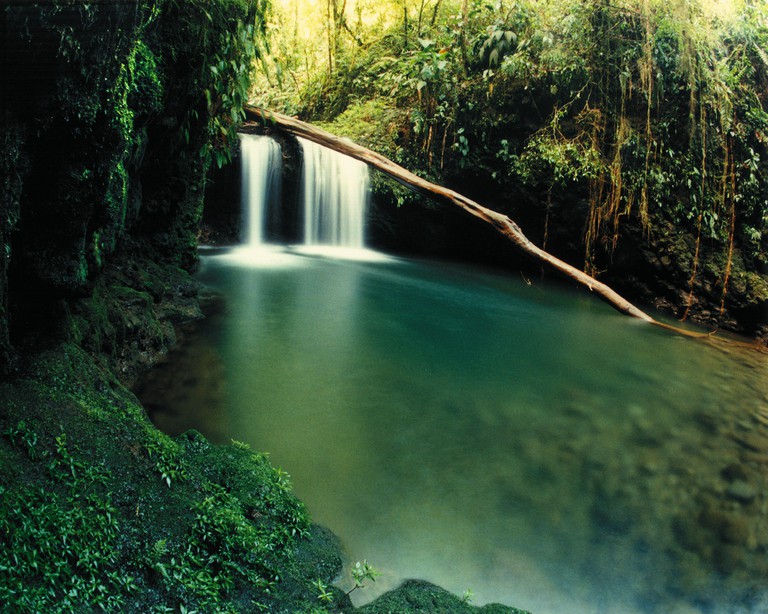 Braulio Carnilla National Park/SINAC/Tico Times
Braulio Carrillo National Park is composed of five different ecological zones, a vast trail system, 6,000 species of plants and trees, 500 bird species, and around 150 species of mammals. There are several peaks that are worth climbing for those looking for a bit of a challenge. Be sure not to miss the San Fernando waterfall, an awe-inspiring spectacle. There is also an aerial tram that can take four passengers at a time up through the forest to a height of 52 meters (170 feet), for a truly amazing viewpoint.
Open In Google Maps
Quebrada Gonzalez, KM 2 Carr. San Jose Limon, Heredia, Costa Rica
+50625226500
Visit Website
Give us feedback

Arenal Volcano National Park has it all! Visitors can hike to and around the country’s most active volcano (there hasn’t been a major eruption since the late ’60s), zipline through lush primary forest, horseback ride to a magnificent waterfall and become enveloped by butterflies, surrounded by flowers and the calls of a wide variety of birds, including the toucan. Arenal Volcano National Park is also famous for its hot springs, where visitors can indulge in a relaxing soak after a long day adventuring. 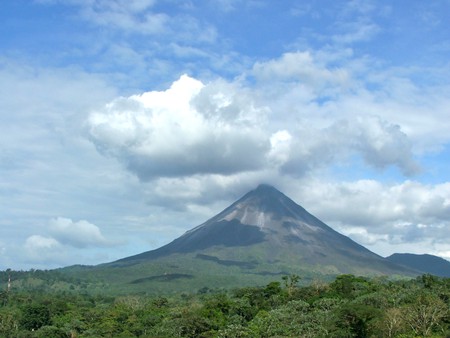 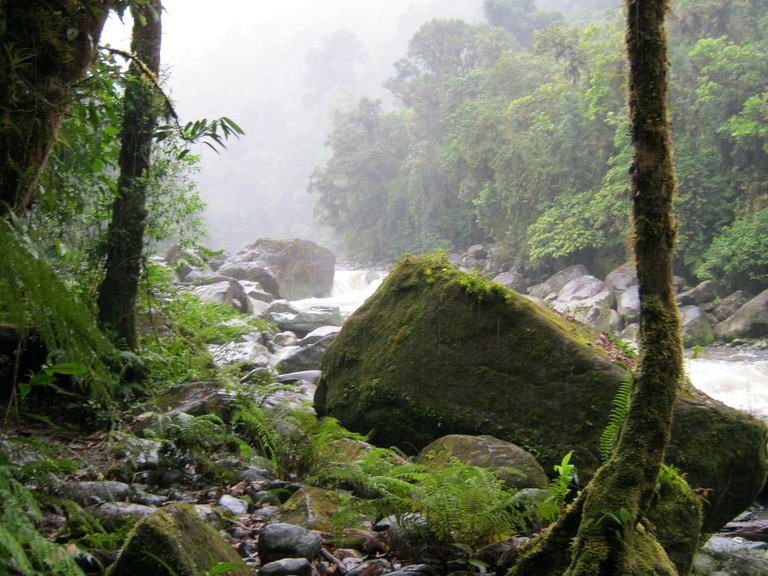 In the clouds and in the forest | © ryanacandee/Flickr | | © ryanacandee/Flickr
A short and easy drive from San Jose, Tapanti National Park is 48 square kilometers (18 sq/miles) of pristine cloud forest. The park offers visitors hiking trails, swimming holes, and scenic picnic areas. Over 400 species of birds call this park their home, along with 45 species of mammals including the elusive ocelot, the social white-faced capuchin monkey, and the endangered jaguarondi. Tapanti National Park is an excellent choice for a day trip, especially when staying near and around the San Jose area. The exquisite beauty of this dense cloud forest is sure to leave an indelible mark on each visitor’s memory.
Open In Google Maps
Orosi Valley , Orosi , Costa Rica
+50622065615
Give us feedback

While Barra Honda National Park is worth exploring above ground, it is most famous for its ginormous limestone caves. This is an excursion for the adventurous. Witness glittering stalagmites and stalactites, as well as a few rare species that are found nowhere else, including the blind salamander. The Hall of Pearls, the Hall of the Caverns, and the Hall of Mushroom will surely take your breath away. The immense size of the caves and ancient formations within the depths of the earth in this spot are worth the adrenaline-pumping plunge down. 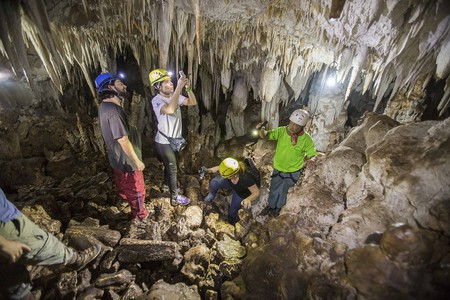 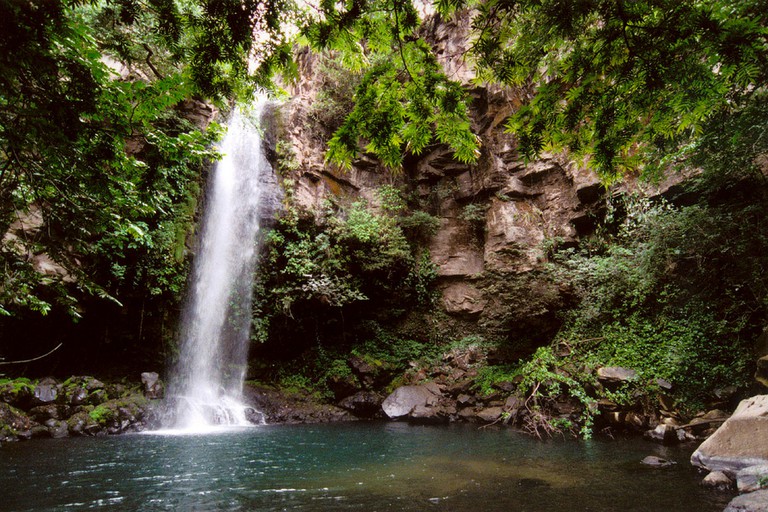 Rincon de la Vieja National Park | © Miguel Vieira/Flickr
Rincon de la Vieja National Park offers visitors a wide range of activities, including hiking, bathing in mud baths, swimming in pools beneath waterfalls, and embracing the natural beauty of the lush forest, home to monkeys, sloths, and tapirs. This biologically and geologically diverse national park has something for everyone. For the most ambitious adventurer, there is a full day trip available to hike to the summit of Von Seebach. Camping is also permitted within this park for those wishing to spend some more time in the great outdoors.
Open In Google Maps
Liberia, Guanacaste Province, Costa Rica
+50626665051
Visit Website
Give us feedback

Although Costa Rica’s smallest national park, Manuel Antonio National Park is regarded as one of the most bio diverse parks on the planet. The park includes four pristine white sand beaches, flora and fauna-rich tropical forests, and over 100,000 acres of crystal clear ocean, ideal for snorkeling and surfing. The endangered squirrel monkey has its home here, along with 108 other species of mammals and 184 species of birds. Visitors can choose to hike a variety of well-marked trails, go swimming, relax on the beach, or do it all. To avoid large crowds, it is best to visit the park between May and November. 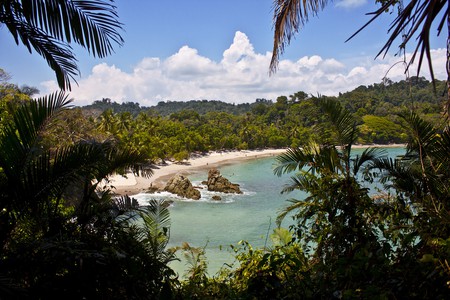 Playa Blanca, Guanacaste, Costa Rica | © MJaan/Flickr
Corcovado National Park is Costa Rica’s largest park. This giant stretch of protected tropical rainforest takes up 1/3rd of the Osa Peninsula and is home to an incredible diversity of plants and animals. There are three main entrances to the park, San Pedrillo, Los Patos, and La Leona. One of the best ways to have a truly authentic experience here is to hike from one entrance to another; this usually takes 2-3 days but trails are well-marked and camping is permitted. Visitors are guaranteed to have some very special wildlife encounters while spending time in this national treasure.
Open In Google Maps
Los Patos Sirena Trail, Puntarenas Province, Costa Rica
+50627355036
Visit Website
Give us feedback 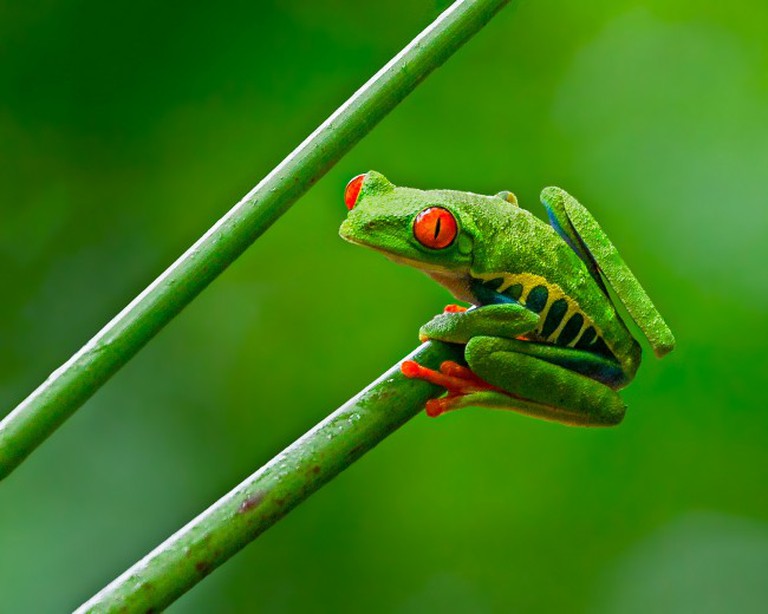 Red Eye Tree Frog, Costa Rica | © Andy Morffew/Flickr
Piedras Blancas National Park offers visitors a chance to witness immense waterfalls, lush tropical rainforest, pristine and beautiful beaches, untouched coral reefs, and a multitude of mammals, birds, insects, reptiles, and amphibians. This park is one of the top bird watching locations in Costa Rica, as it hosts large gatherings of migratory and residential bird species. Piedras Blancas is also home to all 5 species of cat in Costa Rica. Piedras Blancas is a captivating example of what this country has to offer.
Open In Google Maps
Puntarenas Province, Costa Rica
Visit Website
Give us feedback

Forest, Park
Facebook
Email
Twitter
Pinterest
Copy link
Share
Map View
Declared a World Heritage Site in 1983 and one of the first international parks (this protected region is shared between Costa Rica and Panama), La Amistad International Park is a truly unique place. There are still areas of the park that are completely unexplored and it is advised that a professional guide is hired prior to venturing out here, many of the trails are unmarked. La Amistad International Park contains cloud forests, lowland rainforests, oak forests and lakes.
Open In Google Maps
Limón Province, Costa Rica
Visit Website
Give us feedback 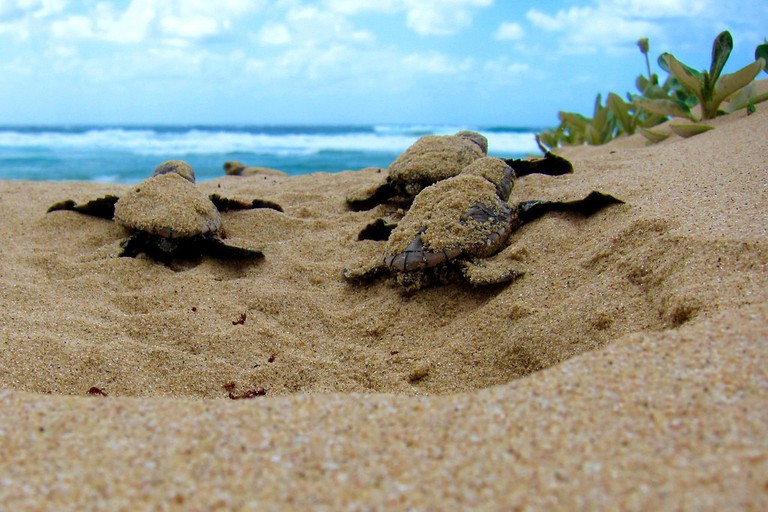 Tortuguero National Park
Tortuguero National Park is one of the most prominent nesting zones for the green turtle. Four of the eight species of green turtles reside here and lay their eggs on over twenty miles of protected coastline. The park is also home to a vast array of other species of animals and due to the extremely high annual average rainfall (often pushing 600 centimeters/200 inches), the rainforest is thick with verdant vegetation. The best way to navigate this wild terrain is by boat, which are very affordable to hire, along with professional guides.