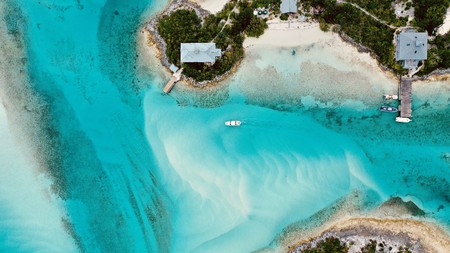 Thought Yellowstone, Yosemite, and the Lake District were impressive? Don’t get us wrong: we’ve got plenty of time for a beautiful park, but we’re also firm believers that some of the most beautiful ones are underwater. Marine parks aren’t just pretty to look at, either. When an area is designated a marine park, the changes which take place – whether it’s reductions in overfishing or improved reef health – can have a dramatic impact on nearby landscapes on dry land, too. One of the best examples of this is the Exuma Cays Land and Sea Park – a beautiful destination that became the first marine park in the Bahamas in 1958. Here we reveal the best way of seeing this stunning nature reserve in all its glory.

Point your compass in the direction of Exuma Cays Land And Sea Park and discover it on a week-long sailing vacation with Dream Yacht Charter. Alternatively, rent a yacht for the day with SamBoat.

Where Is Exuma Cays Land And Sea Park?

You’ll find this park at the northwest end of the Exuma Cays, to the southeast of Nassau, the Bahamian capital. 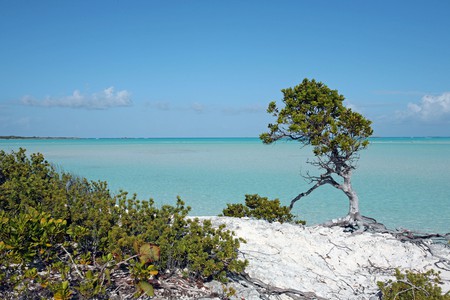 The sprawling Exuma Cays Land and Sea Park was created in 1959 when it became the world’s first land and sea park, and one of the world’s largest marine parks.

There are strict regulations about what you can and can’t do here – all fishing is banned, for example – and these regulations have allowed marine life to thrive. It’s a fantastic snorkeling and scuba diving spot and is incredibly popular for travelers exploring the Caribbean by yacht, with plenty of sheltered natural harbors and beautifully calm, clear water.

Its varied topography, including everything from seagrass meadows to mangroves, means there is a wide range of wildlife above the surface too. Twitchers come here to spot one of the Caribbean’s largest colonies of shearwaters, and you’ll find iguanas slinking throughout the park. 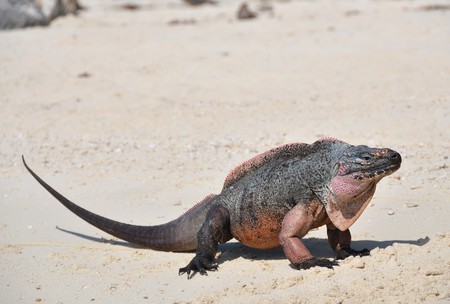 What’s The History Behind The Marine Park?

The marine park’s story started in 1958 when Ilya Tolstoy – the grandson of Russian author Leo Tolstoy – led a team of conservationists to the region on an expedition. Tolstoy pushed for the creation of an organization similar to the UK’s National Trust, but which focused on marine areas, instead. In 1959 the Bahamas National Trust Act was signed, and the Bahamas National Trust was created. The trust’s first achievement was the creation of the Exuma Cays Land and Sea Park. Today, a team of rangers – backed up by members of the Royal Bahamas Defence Force – patrol the region. 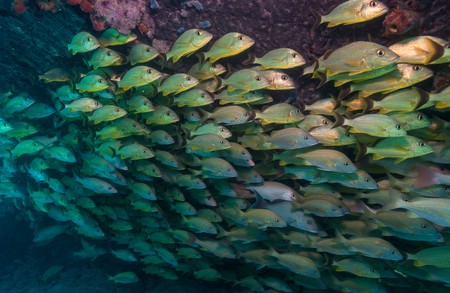 What Can You Do When You Get There?

There’s a wealth of activities to experience in the park, whether it’s hiking along designated trails or scuba diving sessions at some of the Caribbean’s best snorkeling spots. There are moorings throughout the park, so it’s an ideal destination for fans of yachting holidays in the Bahamas. Visitors who aren’t lucky enough to have their own yacht typically explore it on organized day trips, using Great Exuma as a base. Some of the most popular areas for snorkeling and scuba diving tours include Cambridge Cay, Hawksbill Cay, Warderick Wells, and Shroud Cay. Soldier Cay is an especially popular spot for scuba diving, with a submerged plane being the prime attraction. The wrecked aircraft, which attracts a wide range of marine life, was reportedly once used to smuggle drugs by Pablo Escobar. This particular wreck is easy to find – simply look for the buoys which are attached to the remains. For deserted beaches, it’s hard to beat Hawksbill Cay, which has sweeping curves of soft white sand and two mooring spots of visitors arriving by boat. 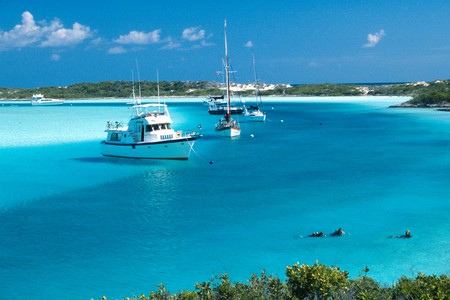 The beauty of the Exuma Cays Land and Sea Park is the diversity of its topography. There are hundreds of species to admire, including ones rarely seen elsewhere in the Caribbean. Head to the waters off Warderick Wells, which is home to the park’s headquarters, to admire the huge lobsters exploring the coral beds, or to Compass Cay to spot nurse sharks, which can often be seen from the cay’s marina. In terms of dive tour companies, there are dozens to choose from so make sure you take time to research which areas they visit and what marine life you’re likely to see. 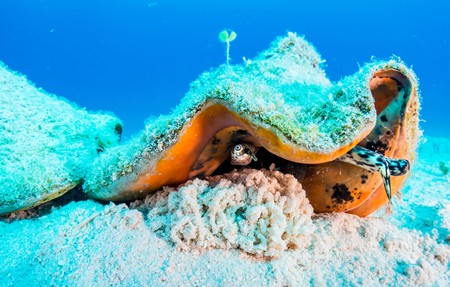 Great Exuma has some fantastic dive schools, as well as tour companies that specialize in guided tours of the park. Some of the most popular companies include Exuma Water Sports, Dive Exuma, Island Boy Adventures, and the Sugar Adventure Company. 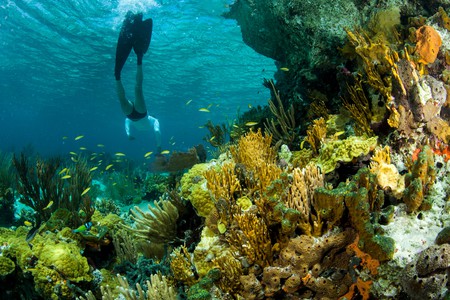 How To Get To Exuma Cays Land And Sea Park

If you’re lucky enough to own a yacht or have splashed out on a charter, exploring the region is much easier and the cays are a smooth sail from Nassau. If you haven’t got your own vessel, there are many tours available and Bahamas Air Tours operates day trips by plane to Exuma Cays Land and Sea Park from both Nassau and Miami. Alternatively, Dive Exuma runs daily boat dives to various sites in the park out of George Town, the Exumas’ pocket-sized capital located on Great Exuma – the largest cay in the Exuma group. 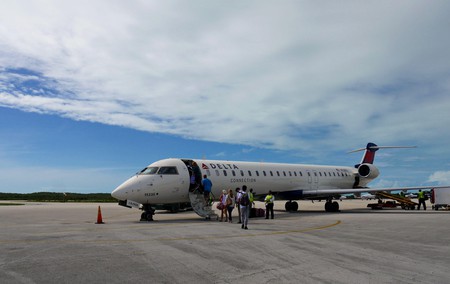 Explore the Exuma Cays Land and Sea Park at your own pace by chartering a boat for the day through SamBoat, or extend it to a week-long sailing adventure with Dream Yacht Charter.