10 Things To See & Do In Bridgetown, Barbados

Bridgetown, the capital of Barbados, is the island’s largest city and the center of its business and culture. With a population of over 110,000 people and a rich history, there’s never a lack of activities and attractions for visitors. Bridgetown is a mix of Bajan culture and the modern world, with both vibrant street vendors and commercial complexes available for shopping trips. Formerly known as the Town of Saint Michael, locals refer to Bridgetown as “the city,” and sometimes, “town.” Downtown Bridgetown was named a UNESCO World Heritage site in 2012, and is a must-visit when in the Caribbean. 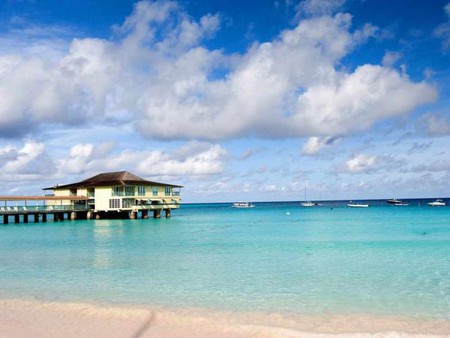 Carlisle Bay has the most beautiful, serene beach in all of Barbados, with crystal clear waters and a soft, sandy beach you can walk barefoot in. It’s the perfect spot to catch some rays, or to even head into the water for some swimming or snorkeling. The beach is open to the public, so anyone can visit without paying a fee – unlike many popular Caribbean spots! You can swim with sea turtles, or visit one of the many hotels, restaurants, or bars lining the border. There’s also a few companies that will take you for a diving trip for a day to explore ancient shipwrecks and sea life near the coast. If you’re feeling a little active, there’s a variety of free water sports to take on set up throughout the area. Carlisle Bay is only 30 minutes from the airport.

One of the oldest distilleries in the Caribbean, St. Nicholas offers free guided tours of the 350-year old building. Purchased in 2006 by a private owner who promised to help promote the island’s rich history with the former plantation, it’s become one of the most popular tourist destinations in Bridgetown after Carlisle Bay. Visitors are able to discover how St. Nicholas Abbey Rum is produced, as well as viewing artifacts from 350 years ago. The property is lined with silk cotton trees from the 18th century, and if you’re feeling a little hungry from your adventure, there are also light tea snacks available for purchase.

The S.S. Stavronikita is one of the most popular dive sites in the entire Caribbean. The Greek freighter, who has a controversial history, suffered a massive fire from explosions in the 1970’s off the coast of Barbados. The ship, which was believed to have been sunk on purpose, fell to the bottom of the sea after only 13 minutes. 20 years after the sinking, the shipwreck has been taken over by sea life such as coral, sea turtles, barracudas, and other creatures and vegetation. The dive is lead by an experienced diver, so swimmers of all skill levels are welcome to experience the historical site. You must be a strong swimmer in order to participate in this activity. There are multiple tours that include the dive site – from beach day boat trips, to just exclusively the dive – in all kinds of price ranges depending on your interest level. 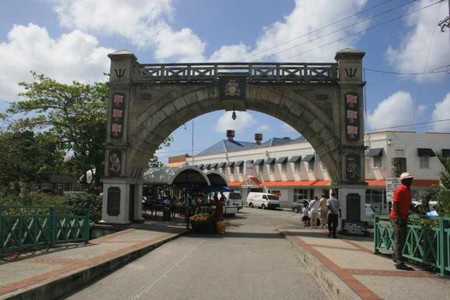 The Chamberlain Bridge is a swing bridge located directly in the city center of Bridgetown, Barbados. Named after Joseph Chamberlain, the former British Secretary of State for the Colonies, the bridge was constructed between 1865 and 1872. In 2006, the swing bridge was updated to a lift bridge, although some of the original bridge pieces still exist today. The southern entrance to Chamberlain Bridge is the Independence Arch, a monument celebrating the island’s independence from England’s colonies. Today, the bridge is one of the most popular spots for photographs and family pictures to remember the vacation to Barbados. Located beside the Chamberlain Bridge is a wooden boardwalk full of Bajan souvenir shops and restaurants, which is also part of the area’s charm.

Although slightly out of the way from the heart of Bridgetown, Morgan Lewis Sugar Mill is an interesting look at both the history of Barbados and how sugar has been traditionally made in the Caribbean. It’s often a stop on a hired island tour, but you will get the most out of your visit to the Mill if you go on your own to the scenic site of the Caribbean’s last remaining wind mill of its kind. Located in St. Andrew’s parish in the Scotland District, there are live demos of how sugar was created when it was run on wind power. These demonstrations happen from December to April, thanks to the Barbados National Trust. The 17th century mill also has amazing views of the island and its surroundings, and is a perfect spot for pictures to brag about when you get home. Morgan Lewis Sugar Mill was listed on the 1996 World Monuments Watch by the World Monuments Fund. 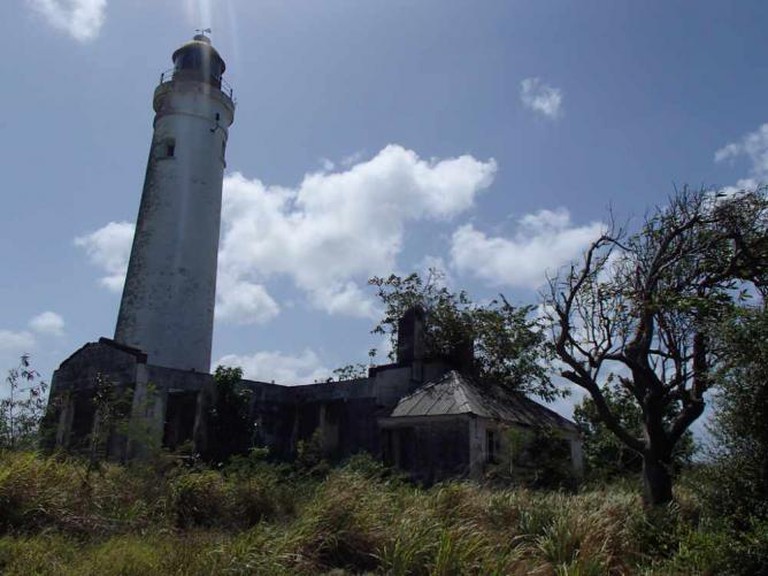 Cheapside Markets, Bridgetown | ©Gabriela Hampson/Flickr
Cheapside Street Market is one of the best fresh fruit markets in the entire Caribbean. Located beside the General Post Office on Cheapside Road, the open market is home to colourful, tempting fruit being sold by locals on Thursdays, Fridays, and the ever-busy Saturdays. At the Market you’ll discover Bajan grandmothers cutting open home-grown coconuts for customers to enjoy, among other Bajan fruit and vegatable specialties. The Market is full of both tourists and Barbados residents alike, and is a great place to feel immersed in the island’s culture and day-to-day living. Other stalls include souvenirs available for purchase, like bags, hats, sun dresses, t-shirts, artwork, and other hand-made one-of-a-kind goods.
Open In Google Maps
Cheapside Bridgetown, Saint Michael, Barbados
Give us feedback

Distillery
Facebook
Email
Twitter
Pinterest
Copy link
Share
Map View
The Mount Gay Rum Distillery is a great choice to discover of how rum is produced while staying out of the sun for a few hours. Visitors on the tour are greeted with a Rum Punch on arrival, and then set off on a guided tour of the history of the facility. After learning about the entire rum production process, you are able to sample several different types of premium rum that is made here in the building. At the end of the tour, you’re able to purchase their products at a better price than the duty free shops elsewhere on the island. Make sure not to come on an empty stomach!
Open In Google Maps
Spring Garden Highway, Deacons Bridgetown, Saint Michael, Barbados
+12462278864
Visit Website
Give us feedback

The Bridgetown Jewish Synagogue is one of the oldest synagogues in the entire world, and is still active today. The building is in perfect condition right in the city’s centre, and is one of the most historical sites in the Caribbean. The building, originally built in the 1600’s, recently underwent restoration. While it still has an active membership of approximately 100 members, the synagogue also serves as a learning centre for the slave trade and Barbados immigration history, and houses a museum dedicated to remembering that important part of world history.

The Anglican church is the tallest of the Anglican churches in Barbados, and is an excellent trip for visitors who enjoy learning about the island’s history and architecture. St. Michael’s was destroyed by a hurricane in 1780, then later re-built in 1789 before being damaged by a second hurricane in 1831. It became a Cathedral in 1825 and was the first parish church. It’s still a regular place of worship today, but still raises money for building restoration. It’s the home of the biggest pipe organ in the Caribbean, and currently is the place of worship for over 1600 people. The graveyard houses mainly prominent Bajan figures and celebrities.