We Spoke With Joanne C. Hillhouse About Her Writing and Antiguan & Barbudan Literary Culture 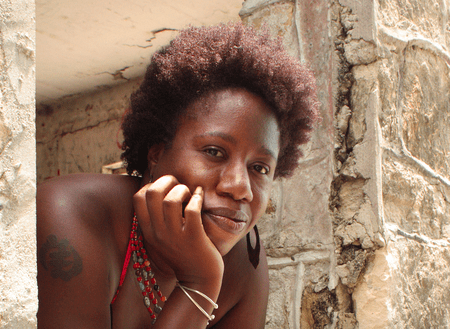 The Antiguan and Barbudan writer included in our Global Anthology spoke to us about the themes in her books and what it means to be an island writer.

Like any country undergoing a period of relative prosperity, the twin-island nation of Antigua and Barbuda has a complicated relationship with its past and future. In A Small Place, Jamaica Kincaid’s 1988 memoir of returning to her native home, she took to task “the tourist,” and the servile nature of the populace in accommodating fair-skinned travelers looking to kick back on its beaches, gallivant around its interior, and exoticize everything from its Carnival to the pot-holed roads.

To the celebrated Antiguan writer Joanne C. Hillhouse, the fate of Antigua and its citizens is at the heart of her work. Hillhouse is the award-winning author of several short stories and books of fiction, including the novel Oh Gad!, which Trinidadian novelist Elizabeth Nunez highlighted in a NPR Weekend Reads segment titled “A Compelling Slice of Caribbean life.” “It’s a very contemporary novel,” she said, one that “cleverly” deals with the dark side of the nation’s tourist economy, its bloody history, and the return of its diaspora.

In addition to penning lauded literary and journalistic works, Hillhouse is also the director of the Wadadli Pen writing workshop, an initiative to highlight and nurture fellow Antiguan and Barbudan writers. As an ambassador for Caribbean literature, Hillhouse has been honored by UNESCO for her contribution to Antigua and Barbuda’s literary arts, and has been invited to be a guest participant in PEN’s World Voices Festival.

We spoke to Hillhouse about the themes of her work, the struggles and successes of being an island writer, and her hopes for Antiguan and Barbudan literature.

One of the central themes of your work is this idea of departure and/or exile, such as Antiguans and Barbudans who leave the island for the States. Could you talk about why this holds significance for you?

It’s interesting that you say that. Sent me thinking back over my body of work to see if that is in fact a common thread. It certainly features in some works, you’re right—in The Boy from Willow Bend, Vere’s mother leaves Antigua for better economic and personal opportunities in the U.S., and Vere himself leaves at the end; in Dancing Nude in the Moonlight, Selena and her sisters move to Antigua from the Dominican Republic for better opportunities, and at some point one of the sisters moves away from there as well; in the story, “The Other Daughter,” the title character moves to the US for educational purposes. I don’t know if it holds significance to me (there are many stories in which people don’t leave) so much as being a reflection of the reality that movement is a part of the Caribbean existence—whether it’s to seek higher education, economic opportunities, or a different kind of life—the Caribbean diaspora (i.e. the number of Caribbean people no longer resident in here or in the Caribbean country of their birth) is significant. We are a region of small islands with intelligent and talented people, sometimes the desired opportunities to recognize our full potential or even the cover needed to brave the economic storms stirred up in bigger places isn’t there. So, it’s just a reflection of the reality, I think (but just one part of the reality that I write). As is the migration back home as we see with Nikki in Oh Gad!—I would venture that many who leave dream of returning home at some point (we love our countries, after all), in fact there’s a calypso that goes “I’ll always come back to you,” though only a fraction do. 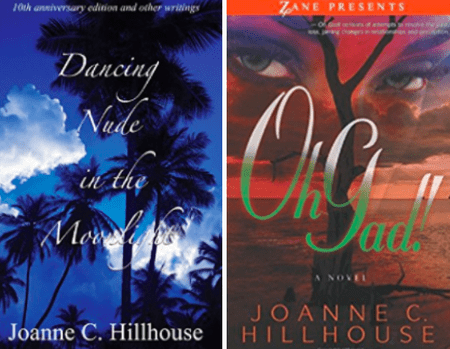 What have been some of the struggles and advantages you have had in being an island-based writer?

Struggles? Too numerous to mention. I think like any writer anywhere, I struggle to be seen, to be heard, to be read, to get on. Like any writer anywhere, I have to do my research and find an angle, and hope that I am not limited by my location either, in getting my foot in the door or in how my work is marketed and/or received. Finding and tapping into opportunities, making a living as a writer—both as an author and as a freelancer—is challenging, especially so if you’re located in a small place. Because I am so far off the map as far as publishing is concerned, the struggle has been greater, but so has my determination. Advantages? Trinidad-American writer Elizabeth Nunez said on NPR, while discussing my work back in 2014: “So few Caribbean writers actually live and write in the region. So many of them—you could start off with V.S. Naipaul and move on, including myself, actually—went abroad to develop their writing career, mostly because that’s where the publishing industry is.” Because I live where I write about, Nunez continued [about me]: “There’s such an authenticity to her story.” That’s a thread I’ve noticed in reader responses to my work, especially Caribbean readers. That said, I don’t think the writing of Caribbean-ers living abroad is inauthentic at all—I don’t believe it is and there’s a freedom they may feel actually to write some uncomfortable truths that writers at home may have to fight for, even if that fight is with themselves, but, while I believe and hope my stories have universal appeal, the Antigua I write about is the Antigua I live and breathe every day, and I write it as we experience it, now. Having said that, this place is so in my bones and will be if I ever have to leave, I could be writing from Alaska and it would be there. I’d actually like to test that theory with a writer’s residency in Alaska and I’m not just saying that because Alaska is on my ‘bucket list’.

Could you talk about the literary culture of Antigua and Barbuda? What do you see as its place within Caribbean literature?

Coming of age in Antigua, I wasn’t aware of a literary culture. It’s one of the reasons I lean on calypso writers like Antiguan lyrical master Shelly Tobitt when I reflect on some of my earliest lessons in writing—their songs on the radio were the only stories (oral storytelling like Jumbie and Anansi stories aside), specifically from my culture, that I was aware of; most of the books we read, the TV and movies, even songs we digested came from the US and the UK. I wasn’t aware of any Antiguan writers until, in my late teens, I discovered Annie John by Antiguan-born Jamaica Kincaid, and then no others for a long time after that. In fact, for a time I imagined—fantasized?—I’d be the next Antiguan writer, but like any fantasy it was this impossible thing not to be spoken of, the idea of being a writer at all seemed impossible; I had no models. Of course, in between Jamaica and my first book, I became aware of ripples in the water; in the publication of works by Althea Prince (Ladies of the Night) and D. Gisele Isaac (Considering Venus). But in the last 10 years or so, there’s been a blossoming of new literature by Antiguans and Barbudans, many publishing independently (with the internet making that so much more doable), without seeming concern for or interest in the wider industry’s vagaries. And in doing the bibliography project cataloguing books by and about Antigua and Barbuda, I have discovered a richer literary history than I realized existed. Exposure to and of our books is still a challenge; and as far as critical and scholarly attention in the wider Caribbean and beyond, it’s still mostly Jamaica Kincaid and every now and again a Marie Elena John, a Joanne C. Hillhouse gets the tip of a toenail in the door. Besides Jamaica, Antiguan and Barbudan writers are still rarely seen as far as claiming a place in the canon—it’s why I use the Wadadli Pen blog to celebrate every little victory, like when Dorbrene O’Marde’s King Short Shirt biography (of the calypsonian) made the Bocas Prize long list—this being the only Caribbean-specific book prize of its type. 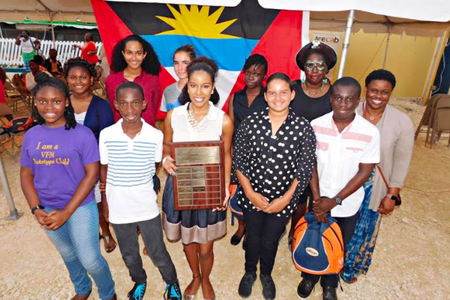 You run the Antigua- and Barbuda-based, Wadadli Youth Pen Prize. How did it originate and what have you seen as its successes?

I started Wadadli Pen because of the lack that had made my own coming of age as a writer in Antigua so challenging. I wanted young, potential writers to know that it was okay to write and to feel encouraged and supported on the journey. The inciting incident was a luncheon at the Caribbean-Canadian Literary Expo, the first beyond-Antigua event I was invited to as a published writer, at which the guest speaker was an award winning writer from Guyana, Ruel Johnson. He spoke about the lack of nurseries for writers in the region and that resonated with me. I decided then and there to do something in Antigua and Barbuda, and began working with partners, one of whom was Isaac, a writer and friend, and a youth publication, Young Explorer, to lay the groundwork for the annual writing challenge specific to young Antiguan and Barbudan writers, which launched in 2004, and though partners and patrons have come and gone over the years, is still here 13 years later. The fact that the Wadadli Youth Pen Prize has survived in spite of the odds is to me the greatest success and I’m working to build it into something that can outlast me—and something that can provide more services to the Antiguan and Barbudan, and possibly the wider Caribbean, literary and arts community. Beyond its longevity and sustainability, the individual stories of the writers who didn’t think they could and did, that it gives young Antiguans and Barbudans—future writers or not—an opportunity to use their voice, observing the journeys of those who’ve gone on to do more, the fact that Wadadli Pen has and continues to lay a foundation that documents, recognizes, and celebrates the literary arts, these are successes to me. We still have a lot of work to do.

What are you currently working on? Do you have a preference for writing adult, YA, or children’s literature?

I do not have a preference, no. I love writing fiction, period. I write poetry, too, and as a trained journalist have worked for many years producing non-fiction, whether reports, features, reviews, or essays, but fiction is my love. Beyond that, I love experimenting with genres I haven’t tried before and have done so especially in the short story format. My books, meanwhile, run the range from children’s picture book to adult contemporary novel. I don’t like to talk about works in progress but I’m always working on something. Right now, the hustle makes it difficult to really dig in, but we have a saying in Antigua that likkle likkle full basket, and having never had the luxury of long, uninterrupted time to just write, I do a little every day…and some days I wake up and find I have something publishable. 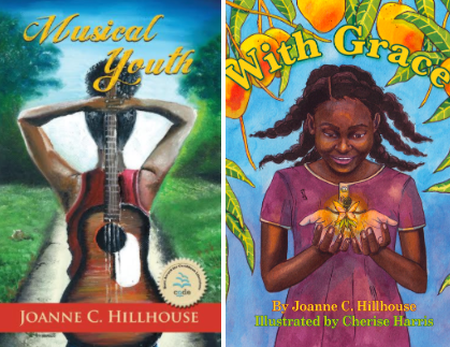 Covers from Hillhouse's recent YA and children's books