Travel Guides
Videos
ASIA
/
VIETNAM
/
HOI AN
/
Things to Do

The Top Things To Do and See in Hoi An, Vietnam 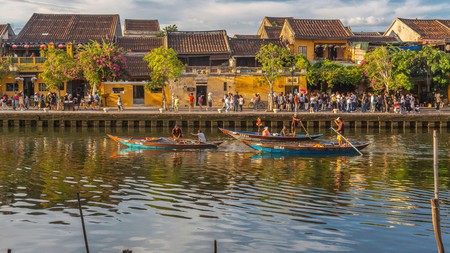 An intoxicating blend of ancient culture, fascinating architecture, delectable cuisine and diverse landscapes, Hoi An has plenty to entice those in search of authentic Vietnamese experiences. Here’s what to do and see in this compelling, historic city.

Thinking about visiting Hoi An? It’s one of many fantastic destinations featured on Culture Trip’s specially curated small-group Vietnam adventure, led by our local insider.

A great way to get under the skin of local culture, this re-creation of Vietnamese traditional village tales through the medium of puppets who seem to float on the water is a delight for all ages. An English-language narration helps you keep up with the light-hearted storylines. Make sure to pre-book – these hour-long shows (made up of several mini-tales) are deservedly popular. 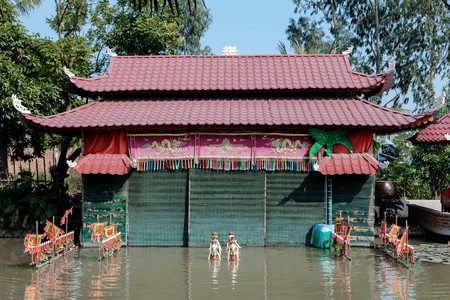 Replicate generations-old regional specialties in lively classes at the Gioan Restaurant and Cooking School. You’ll start with a trip to the local market to pick up ingredients and continue with personalised lessons from one of the charming in-house chefs – dishes might include pho, spring rolls, banh xeo (a type of crepe) and green papaya salad, but choose for yourself from a vast selection. The lesson culminates with a feast of your own making, accompanied by a beer or cola. You can also get a recipe book so you can put your newly found skills to work when you get home and relive the experience. 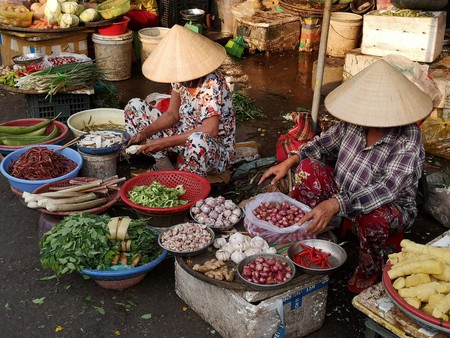 Built in the 18th century for a Vietnamese merchant clan, the Progress Shop – still a private home with the family living upstairs – is one of the most historically significant buildings in Hoi An’s picturesque old town. The architects drew on Japanese, Chinese and Vietnamese building styles for inspiration. Hire a private guide for a tour of the ornately decorated, antique-filled rooms and you’ll gain a glimpse into what life was like for more than seven generations of Hoi An merchants. Watch out for details such as columns decorated with mother-of-pearl Chinese poems and carvings under the eaves. 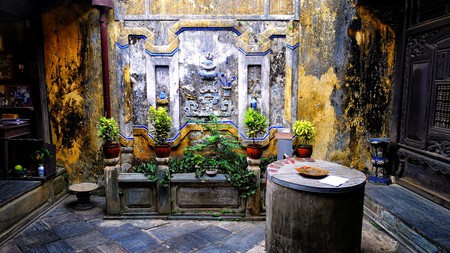 Get a tailormade suit

Hoi An has been central to Southeast Asia’s textile trade for centuries and the streets are filled with skilled tailors and leather workshops where you can have any item of clothing or accessory you like made to order. Avoid low-quality, less-established places by checking the latest online reviews (avoid the recommendations of hotel staff or taxi drivers) and shopping around for the best rates based on exactly what you have in mind. 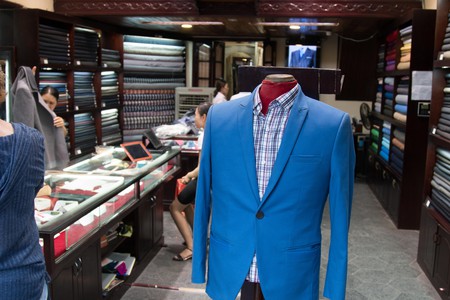 The only covered bridge in the world to house a Buddhist temple was built in the 16th century as a symbol of goodwill between Chinese and Japanese merchant communities. Unlike most other buildings in the old town, which are decorated in flamboyant Chinese and Vietnamese architectural styles, the bridge has retained a distinctively Japanese character, with subdued decorations and references to Japanese history. 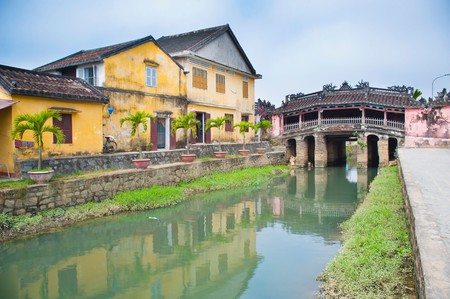 Take a trip out of town

Hoi An is surrounded by lush countryside, so make sure to venture out of the city during your stay – a wide choice of cycling and trekking tours can take you out to paddies, hills, villages and blissful beaches. Alternatively, hire a driver for a day trip – perhaps to Da Nang (about 45 minutes away) – home to the gorgeous Son Tra Peninsula and the Marble Mountains or to the Cam Thanh coconut forest to learn how to row and control a traditional basket boat. 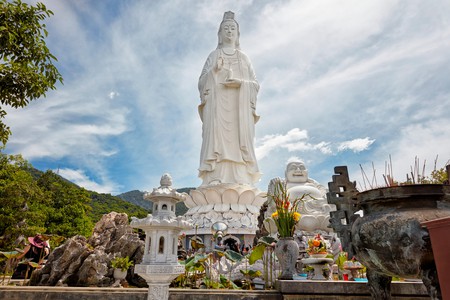 The island of An Hoi, across the river from central Hoi An, is home to one of the most beautiful night markets in Vietnam, selling lanterns of all shapes, sizes and colours made from Hoi An silk. The sight of thousands of lanterns lit up in the dark is well worth the river crossing alone, but there are also trinkets, clothes, jewellery and other accessories and stalls selling local snacks on which to munch as you browse. 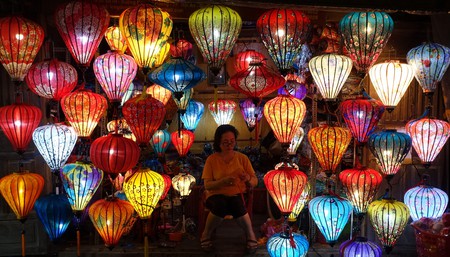 Kick back on An Bang Beach

Hoi An’s most famous beach is Cua Dai, west of the city, but head to An Bang just north for a more peaceful seaside interlude. You’ll be rewarded with white sands, alluring beachfront restaurants and even romantic beachside villas. 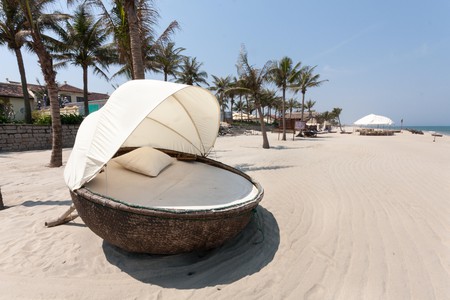 One of the grandest buildings in Hoi An was constructed in the 17th century as a social and sacred space for the Fujian Chinese community of Hoi An. The building’s massive gateway is adorned with bright carvings of Chinese mythological figures and there’s an impressive main courtyard. Local people frequently come to pray here when they want to conceive, hence the 12 midwives among the pantheon of statues and carved figures dotted throughout the grounds. 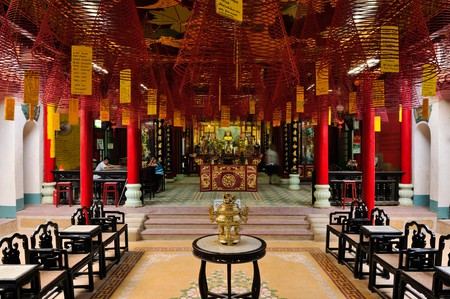 Take a day trip to the My Son ruins

This scattering of fourth- to 13th-century Hindu temples, west of Hoi An and largely abandoned in the past millennium, was declared a Unesco site in 1999. It’s remarkably well preserved, with more than 140ha (346 acres) of ruins testifying to the influence of Hinduism on early Vietnamese culture. Tours are available from Hoi An or you can hire a car and driver but set out early to avoid both the crowds and the heat. 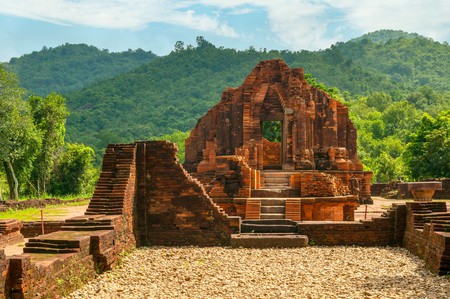 This is an update of article by Jing Xuan Teng.