The Savitsky Collection: The Extraordinary Art of Resistance

One would not necessarily look for the second largest collection of Russian Avant-Garde art in the midst of a bleak city. The Karakalpakstan State Museum – or the ‘Louvres des Steppes’ as the French magazine Telerama named it – houses an enthralling collection of 90,000 items from archaeological objects and antiquities to cutting edge contemporary art. 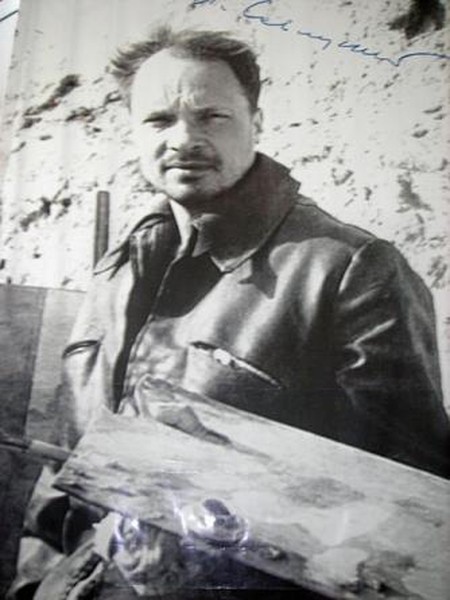 The erratic story of the Karakalpakstan State Museum is inextricably linked to the story of its founder Igor Savitsky. Born in 1915 into a wealthy aristocratic family in Kiev, Savitsky developed a passion for the traditions and folklore of Uzbekistan in his youth. Eager to preserve this ancient culture, which was threatened by the overbearing communist culture, Savitsky modestly started collecting miscellaneous artefacts originated from the steppe, as well as works by artists from the Uzbek School. In the 1920s and the 1930s, the collector saved an unprecedented amount of Soviet Art from being destroyed by the communist government. This period saw the blooming of the Russian Avant-Garde along with a myriad of other experimental movements such as Constructivism, Cubism and Futurism – movements that were born out of thriving cultural exchanges between Paris and Moscow. However, after the development of social realism in 1932, only mainstream art glorifying an idealized Soviet society was tolerated: any deviation from that project appeared suspicious and was violently labelled as ‘decadent bourgeois art’ by Stalin and his ministers.

This is when Savitsky courageously began his voyages to Moscow, where he bought art from the families of dissident artists. Some of the works had been abandoned for so long that Savitsky found them roughly piled up, withering in attics and basements. At the time, the Uzbek authorities granted money to Savitsky for the development of his collection. Although the budget was not substantial enough to pay for Chagall or Malevich, Savitsky could afford to buy exciting paintings from destitute and forgotten artists – many of whom were savagely executed during Stalin’s purges or died in mental hospitals or the gulag.

In 1966, Savitsky opened the museum – not only to publicly display his vast collection but also to shelter it. Despite the Karakalpakstan region’s economic woes and remoteness, it nurtured in the 1960s an intellectual and cultivated environment that embraced Savitsky’s initiative. Soon enough the word was out that an eccentric collector had opened a remarkable museum, and Savitsky became popular in dissident intellectual circles where he was quietly celebrated. Even state officials left the museum alone.
Watch this trailer of The Desert of Forbidden Art (Pope, 2010), a documentary about Igor Savitsky.

In the 1990s, parts of the collection were lent to German and French institutions, but the Uzbek Ministry of Culture subsequently prohibited Babanazarova from lending more works. Some have argued that this curious policy reflects the country’s attempt to promote Uzbek native art forms such as engraving and weaving instead of the imported Russian cultural heritage. To make matters worse for Marinika Babanazarova, a number of descendants of Russian artists, perhaps seeing an opportunity in the enhanced prestige of the collection, have come forth threatening to sue the museum on the grounds that Savitsky took advantage of ignorant widows in order to obtain valuable works of art. 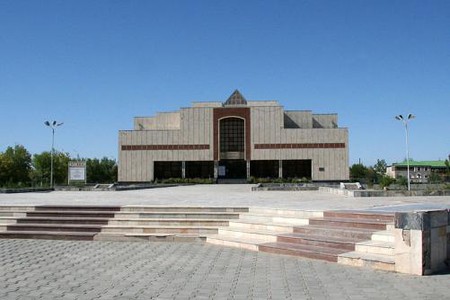 The Nukus Museum, as people commonly call it, displays an odd combination of banal and brilliant. Savitsky was determined to rescue everything in his power, which explains why Russian Avant-Garde, Social Realism and dusty old yurt fabric seem to peacefully, and yet ironically, coexist within the museum. A life-long bachelor, Savitsky only trusted women. When he died in 1984, he obtained from Marinika Babanazarova, the daughter of a friend, a promise that she would look after the collection. Since then, the new director has dutifully dedicated her life to the museum, and the collection has regained popularity and value in the last two decades despite the museum’s financial struggles. Only about 2,000 works can be displayed at one time, and the rest of the collection is stored in appalling conditions: paintings are stacked together in improvised boxes and shelves. The museum cannot even afford humidifiers and proper hanging strings. Babanazarova has been trying to attract visitors, but Nukus is not exactly a popular touristic destination, and in fact the museum is its only sightseeing asset.

Despite the controversies and the financial difficulties, Marinika Babanazarova fiercely defends her museum. After all, the Nukus collection should be supported and protected: it pays a wonderful tribute to the artists and craftsmen of Central Asia, and most of all it is a symbol of the triumph of art over political repression.