The Best of Northern Thai Food in Chiang Mai 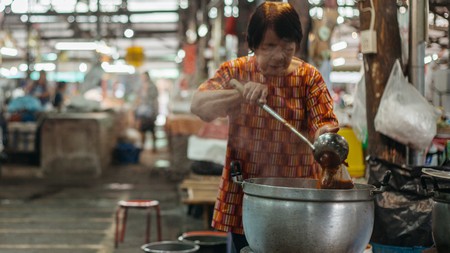 Northern Thai cooking is influenced by traditional tribal cuisine and is hard to come by in Thailand, except in Chiang Mai where pride in Lanna culture has pushed it back to the top of menus. 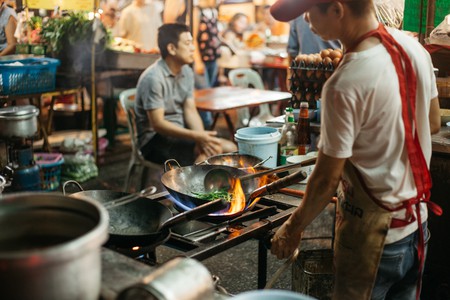 If you seek the familiar tastes of Thailand, stick to Bangkok and the southern islands – Chiang Mai is for travellers with adventurous palates, who don’t mind roaming beyond the usual Thai standards in search of stunning flavours. In the cultural capital of northern Thailand, Lanna cooking rules the roost, drawing on centuries-old traditions carried across the border from Burma and Laos.

If you’re ready to move on from pad thai and satay, prepare yourself for such delights as sai oua, a coiled, baked northern-Thai sausage packed with lemongrass, lime leaf, galangal and chilli. Sounds too gentle? Maybe build up the heat with nam prik noom, a fiery dip prepared from pounded, roasted green chillies, garlic and shallots, seasoned with fish sauce, lime juice and palm sugar and served with strips of aubergine, long beans and other raw vegetables. 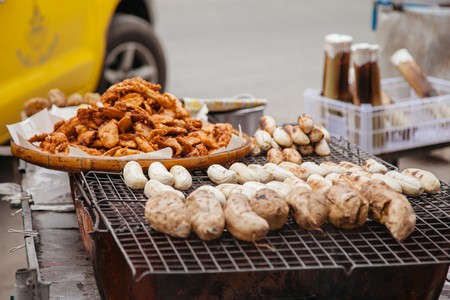 Northern Thai cooking takes its cues from the traditional tribal cuisine of the northern highlands, with a heavy use of herbs rather than spices, limited use of coconut milk, and heat added on the side in the form of incendiary chilli dips and relishes. In northern Thai homes, this cuisine is the norm; finding it in restaurants is harder, with the notable exception of Chiang Mai, where pride in Lanna culture has brought northern Thai cooking to the fore. Track it down at the following hotspots.

Set just off the busy main road running north from the Old City, this sprawling public market is a popular stop for workers heading home to outlying villages after a busy day catering to Chiang Mai’s tourist hordes. Takeaway meals are the market’s stock in trade, and stalls are piled high with northern Thai treats, from grilled meats and fish to curries, stews and soups full of authentic like-mamma-used-to-make flavours. Everything is prepared to go, wrapped and packed on the spot, so come for a takeaway and eat it on the balcony in your hotel or guesthouse watching the evening sun spill over Chiang Mai. 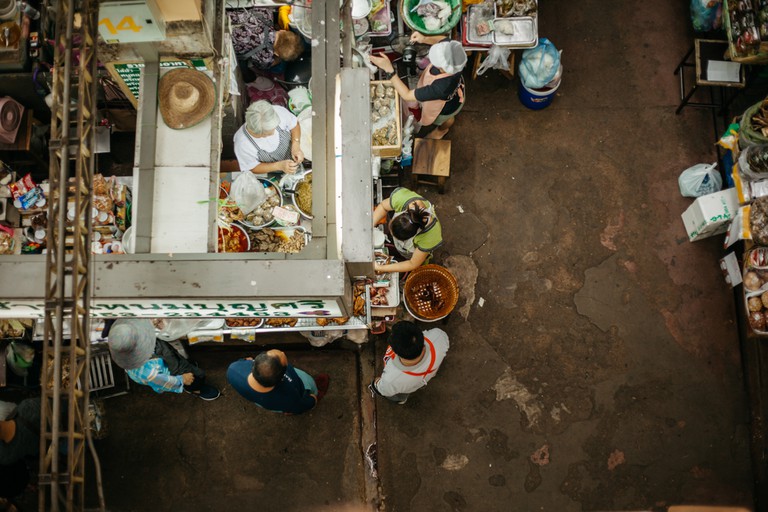 Chiang Mai’s favourite public market is a chaotic crush of stalls selling everything from kids toys and pungent durian fruit to fishing tackle and pickled produce. Wander the stalls on the ground floor, however, and you’ll soon find the lines of local women queuing for freshly-made sai oua sausages that crumble when cut open, revealing their aromatic filling of meat and spices.

Stroll out of the touristy part of the Old City to reach this busy courtyard restaurant, part indoors and part outdoors, and piled high with old wooden Buddhas, carvings and trinkets. It feels a bit like an eclectic family home belonging to an elderly grandma. It’s worth queuing (and there’s always a queue), as the menu of northern Thai dishes is second to none. It’s great for dips, ‘jungle’-style curries (made without coconut milk) and Burmese-influenced pork dishes.

Set in a wooden village house in a lush garden that spills inside in the form of potted greenery, this Lanna food specialist was the brainchild of TV chef Charan Thipeung, who rose to fame by popularising vanishing dishes from the north of the country. Tucked away on an alley off Thanon Huaw Kaew, it’s great for sour pork rib and cabbage soup, and hot and sour soups prepared with unripe jackfruit, a much loved northern ingredient which grows abundantly in the forested hills around Chiang Mai.

This small, hip-looking café is actually a front for deeply traditional northern Thai cooking, albeit served in the cool surroundings of a revamped teak village house in the trendy Nimmanhaemin quarter. Chiang Mai twenty-somethings rediscovering their Lanna roots gather at lunchtime for bowls of rich, sour gaeng hang lay, a Burmese-inspired stew of fatty belly pork with peanuts and tamarind. The restaurant also serves a mean plate of nam prik ong (ground pork, tomato and chilli relish, served with raw aubergine, carrots and other fresh veg). If you really feel like pushing the boat out, order soups made with ant eggs and pork intestines – two challenging northern specialities.

Indisputably northern, but drawing on quite a different tradition to the tribal-influenced dishes of Lanna cuisine, khao soi is a rich, creamy chicken soup, with strong tones of coconut and ground chilli, topped with both crispy and boiled egg noodles, pickled mustard leaves and other sprinkles. It’s assembled rather than being cooked together in a pot. The dish almost certainly made its way to northern Thailand with the Jeen Haw – Chinese merchants from Yunnan who set down roots in Chiang Mai in the Medieval period, leaving a lasting mark on the local community and cuisine. Find blisteringly authentic khao soi at Khao Soi Lam Duan, close to the river on Thanon Faham, a simple, homely café that gets packed every lunchtime as locals ravenously consume bowl after bowl of the house special.