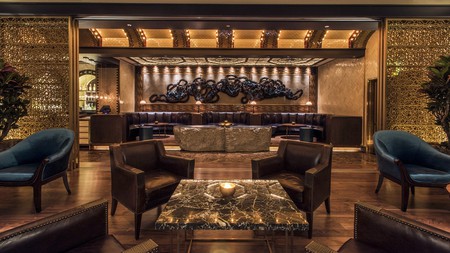 Charles H is one of several bars that are coming up with creative only-in-Seoul twists to well-worn classics. | Courtesy of Charles H bar

Drinking plays an important role in Korean culture, as it’s seen as the easiest way to alleviate stress and foster relationships. So it’s no surprise that Seoul is home to thousands of drinking establishments, ranging from LP bars to cocktail lounges. Read on for a few of the city’s best.

Phil Abowd had no intention of being among the pioneers of South Korea’s craft cocktail renaissance when he moved to Seoul more than a decade ago to teach English. When he arrived, however, the Houston native noticed the bar scene of his new home was lacking in diversity.

For much of Seoul’s history, Koreans visited bars – namely hofs, nondescript neighbourhood watering holes that cater to large groups and serve an unremarkable selection of beer, Korean spirits and traditional pub grub – with the purpose of getting inebriated rather than to enjoy the atmosphere and experience. However, development and increasingly cosmopolitan tastes in more recent years began to redefine the function of the bar altogether. Phil Abowd, local bar owner and award-winning mixologist, shares his favourites of the lot. 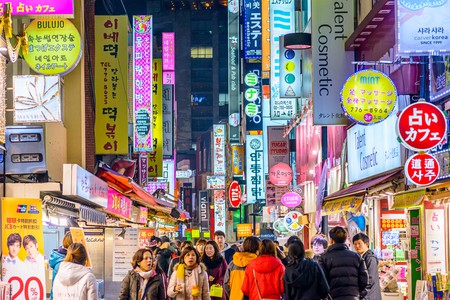 Myeong-Dong, one of Seoul’s main hotspots, is home to a host of after-dark venues | © Sean Pavone / Alamy Stock Photo

Recognising this shift in perception as an opportunity to create something new, Abowd, along with a group of fellow Texans, launched Southside Parlor in 2013. Situated in popular nightlife district Itaewon, the bar was established with the intent of making southern American flavours approachable to local palates by fusing Korean ingredients like omija berry and green tea with Texas staples like chipotle chillies and tequila. This novel approach made Southside an instant success, and it quickly became one of the hottest cocktail destinations in the city.

Since then, Abowd has watched other libation enthusiasts and entrepreneurs follow suit and implement their own unique bar concepts to further transform Seoul’s nightlife scene, noting, “it’s in a constant state of evolution”. 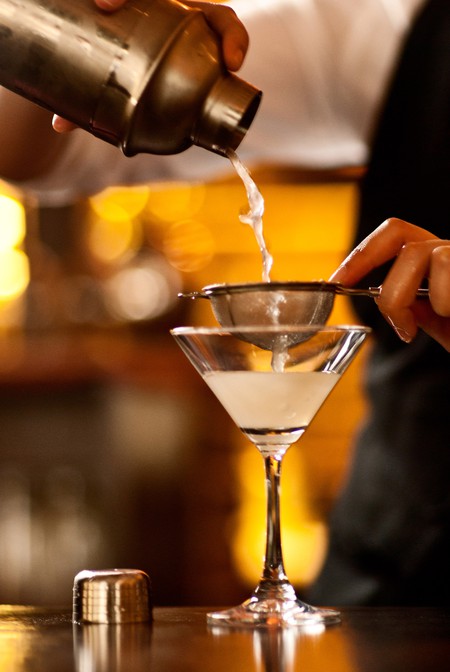 A new crop of boundary-pushing bars are incorporating Asian flavours into their drinks. Here, nashi pear is infused and strained into a classic martini | © Dylan Goldby at WelkinLight Photography / Getty Images

“The younger generation of bartenders is looking outside to other countries and cultures for inspiration,” Abowd says. “Different bars are introducing different elements of cocktail culture to Korean customers in their own way, and it’s really cool to see those things take on a new life.”

Traditional Korean spirits, too, are being reintroduced in new formats. Take soju, for example. The ubiquitous distilled rice liquor has conventionally been enjoyed at neighbourhood hangouts, such as the patios of convenience stores and in boisterous pojangmacha (street food tents). Today, however, artisan versions of it are served in upscale lounges in glitzy Gangnam. Likewise, makgeolli, a milky rice-based beverage once only favoured by farmers, has become a staple at trendy pubs and music bars in university neighbourhoods like Hongdae.

But it’s not just the drinks that are evolving. Bars are beginning to place more of an emphasis on atmosphere and entertainment, creating spaces that inspire, surprise or even evoke nostalgia through thoughtful decor and unique concepts.

“The scene in Seoul is also so vast that you can literally find any kind of bar here,” Abowd says. “From natural wine spots to hidden speakeasies to death-metal dives, Seoul has it all.” 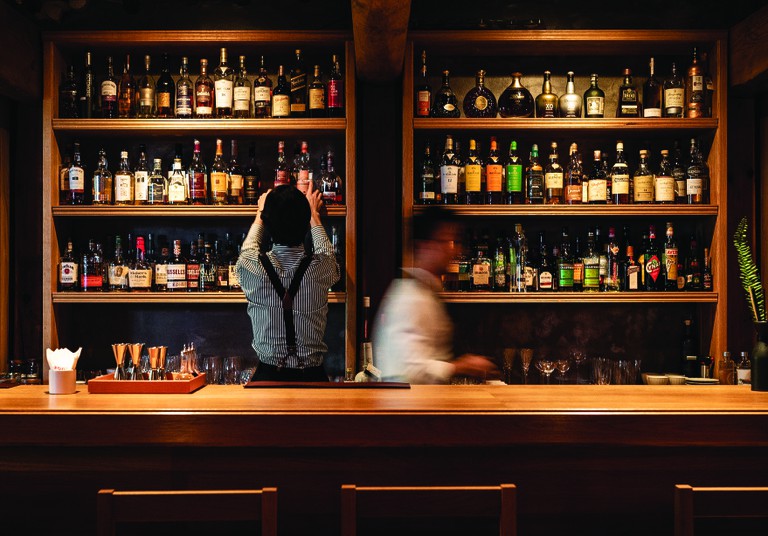 Housed in an unassuming traditional Korean house in the historical Jongno district, Bar Cham is the brainchild of owner Lim Byung-jin, an award-winning bartender and well-respected figure in the Seoul craft cocktail scene. Here, Lim and his team serve up exquisite cocktails using Korean spirits, regional flavours and modern techniques. This unique approach is what makes them “the true definition of a Korean bar in the modern day,” according to Abowd. “Their take on the Negroni using craft soju and local roots for bitters is an excellent example of what they are all about.” 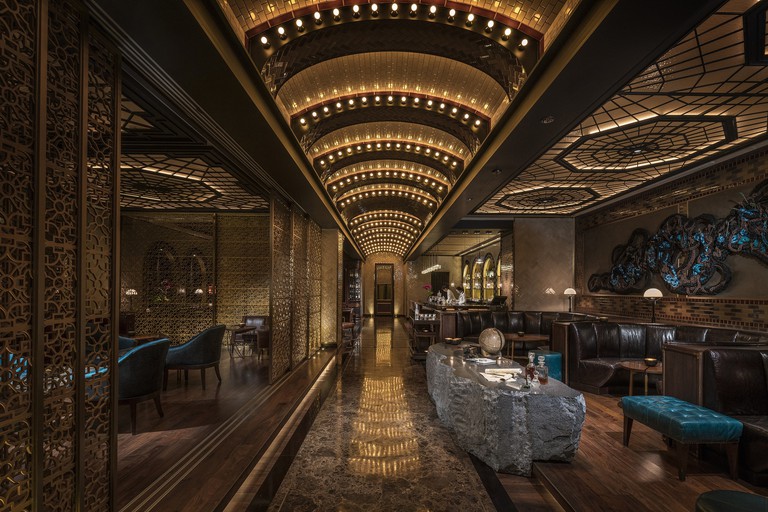 “Cocktails in Korea can be expensive due to import taxes, but this is one place where they’re worth every penny,” Abowd notes of Charles H, a glamorous lounge concealed behind an unmarked basement door at the Four Seasons Hotel Seoul. With a menu concept inspired by the travels of culinary writer Charles H Baker (think of him as the Anthony Bourdain of the 1930s), the bar is a journey of flavours and stories from around the world. The Manhattan flight, for example, invites imbibers to experience the evolution of the classic cocktail, while a dedicated martini cart is equipped with all the ingredients necessary to customise the drink to individual palates. “The attention to detail is evident in every element of the bar and the hospitality from the team is unmatched,” says Abowd.

Gopchang Jeongol for a taste of retro Korea

As the oldest LP bar in the university neighbourhood of Hongdae, Gopchang Jeongol is the place to visit to experience the Korea of the past. The decor is an eclectic mix of mismatched furniture and artwork seemingly plucked from a bygone era, while the menu is a mix of Korean classics including homemade bokbunja-ju (Korean raspberry wine), and chijimi (savoury pancakes). The real draw here, though, is the music. DJs spin Korean pop and classic rock from the ’60s, 70s and ’80s, while local musicians perform nostalgic hits on a weekly basis. “This is the place I take friends to get a true taste of retro Korea,” Abowd says. “You can see people of all ages dancing and enjoying the vibes.” 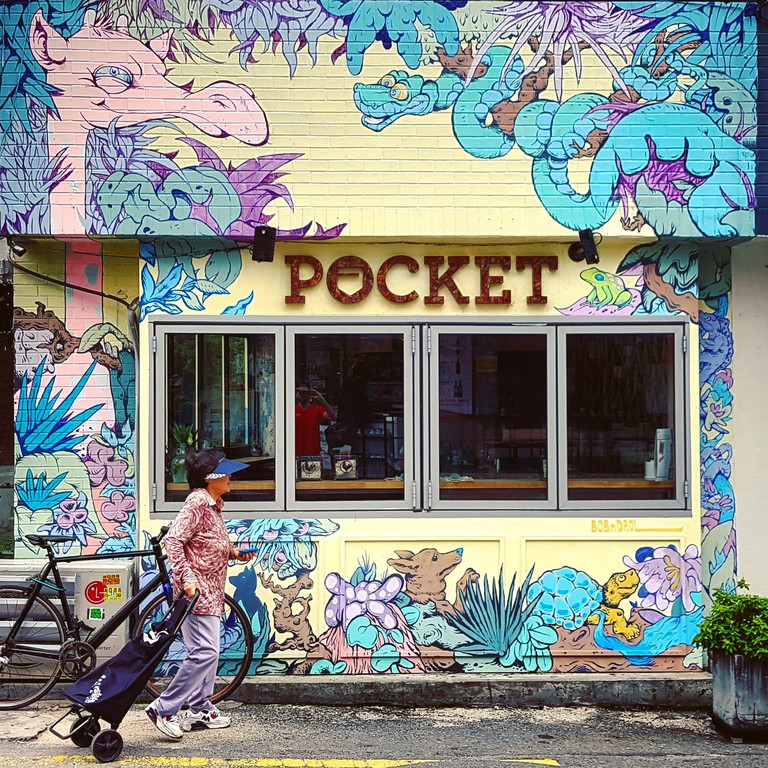 Nestled in the artsy neighbourhood of Haebangchon is Pocket, a small nook of a bar that’s out to make a big difference. Founded to reduce waste and bring sustainability to the forefront of the Korean bar scene, Pocket serves highballs made with upcycled ingredients. The Speedy Gonzalez, for example, is a coffee-flavoured rum and Coke made with used coffee grounds from neighbouring cafés. Its decor is just as creative. The bar’s furnishings were built using recycled materials, while colourful murals and paintings by local talent adorn the walls to provide a fun and relaxing atmosphere. “On the surface, Pocket is a great neighbourhood bar, but underneath it’s doing so much more to reduce its impact on the environment and lift up the community,” Abowd says. 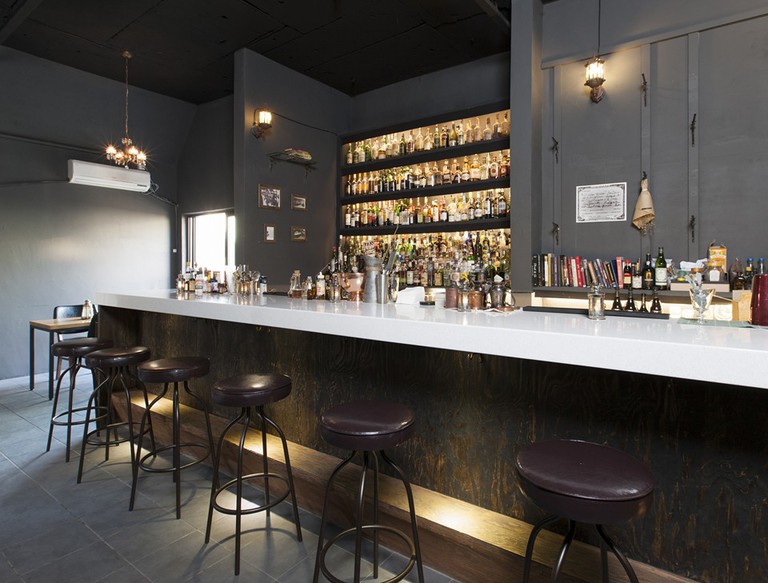 Bar Old Fashioned owner Hans Lee means business when it comes to the art of crafting the perfect drink. Inspired by the cocktail culture of the pre-Prohibition era, Lee has spent years meticulously studying and testing different recipes to create his personal interpretations of the best versions of classic drinks. “As a bartender who’s had hundreds of classic cocktails a hundred different ways, this is still the place where I come to learn something new,” Abowd notes. There’s no menu at Bar Old Fashioned. Simply order your favourite cocktail – or let Lee recommend one for you – and watch the master work his magic.

Korean craft beer trailblazers Magpie Brewing Co serve up some of the tastiest beer on the peninsula. Opened in 2011, the brewery is known for innovating with its unique flavour combinations and for sourcing many of its ingredients from local farms. It’s not uncommon to see folks (many of whom are regulars) spilling out of this tiny, industrial-chic venue into the alley it’s situated on, but don’t let the crowd deter you. Excellent beer – and pizza if you’re keen – await. Abowd’s recommendation? The Ghost, a tangy brew – Korea’s first sour beer, in fact – made with coriander seed and tangerine peel from Jeju Island. 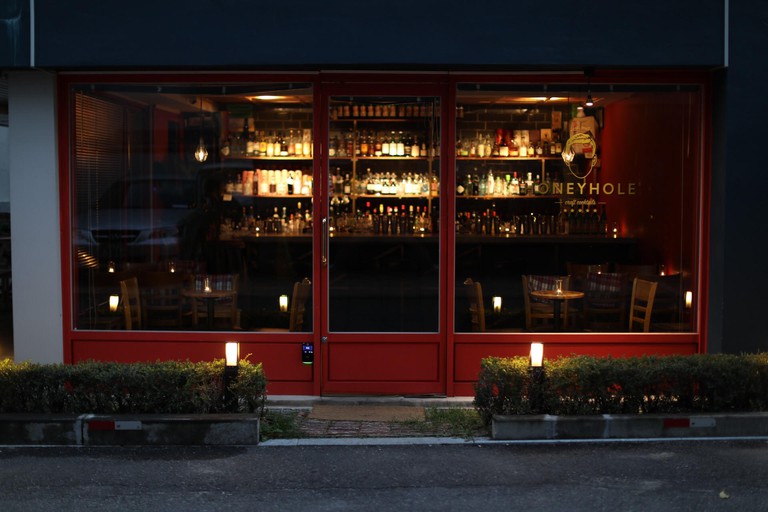 Established to make drinks as fun and accessible as possible, HoneyHole is an intimate neighbourhood bar that features a menu that changes monthly to reflect the micro seasons of Korea.“I love coming here because they are constantly doing something new with their menu and the bartenders are always up for a chat,” Abowd says. It’s HoneyHole’s proclivity to experiment that attracts adventurous drinkers who are drawn to the bar’s unique and quirky libations like its Ichi-Go-Ichi-E (gin, strawberry, lemon, cream and soda) and Milk Tea (Earl Grey-infused whiskey, milk and Earl Grey syrup) which are served nightly until 3am.