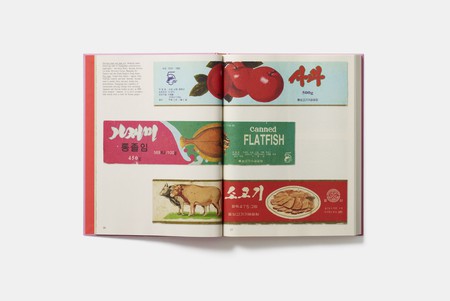 Made in North Korea: Graphics From Everyday Life in the DPRK | Image courtesy of Phaidon

Nick Bonner developed an insatiable interest in North Korean culture upon visiting the country in 1993. After hundreds of visits to the Democratic People’s Republic of Korea (DPRK) over a 25-year period, Bonner collected an array of found objects: candy wrappers, food labels, comic books, postcards, and more.

Bonner’s “hoarding” eventually became a carefully curated collection of North Korean graphics and design ephemera. In his new book, Made in North Korea: Graphics From Everyday Life in the DPRK, Bonner reveals the “hoarded, collated, classified, and finally curated” remnants of his trips to the East Asian nation. An excerpt of the book, courtesy of Phaidon Press, is below. 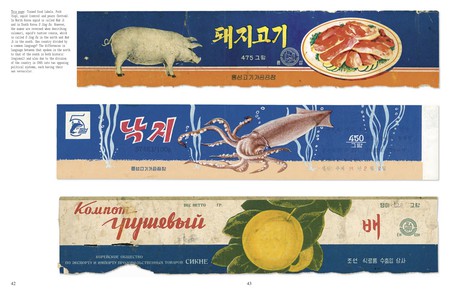 From the Introduction, “North Korean Design,” by Nick Bonner

Three years before my first visit to North Korea, I drove around eastern Europe at a crucial moment in the recent history of those countries. To my eyes, there were similarities to be found in the simplicity of their design motifs and elements: practicality, purity and beauty.

While local dogma holds that North Korea takes little influence from foreigners, and maintains its own purity, influence on Korean design from elsewhere is varied: from the introduction of the foreign credos of Buddhism and Confucianism; the constant invasions from powerful neighbours, culminating in the tragic occupation by Japan (1910-45); or, more recently, the ties with the initially European-dominated Communist Bloc (Korean propaganda art, for instance, is more inspired by the USSR than by China). Since the passing of all of these periods, those who create design in North Korea seem more assured of their own developed style, honed from the years they have been wrapping, binding and printing their own products. 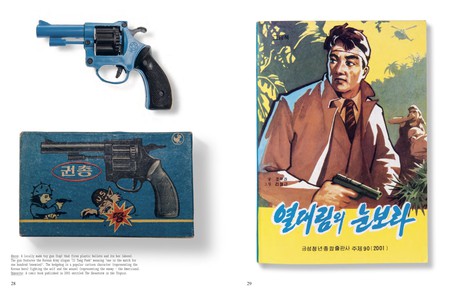 In the West, advertising and branding trigger emotional rather than rational responses so powerful that you believe your purchase will help improve your life, make you more attractive, fitter, happier, more productive. The inference behind the ephemera I collected seemed more naïve, more simplistic, often using a graphic image to replicate what is contained within the packaging. There is almost no Western-style advertising in North Korea – and what little exists is habitually referred to as ‘promotion’. Backlit panels that elsewhere push shampoo and carbonated drinks have been used in Pyongyang from 2006 to illuminate propaganda posters – different message, same medium. Until recently there were no advertising hoardings, no television advertising, no internet (still true, although there is an intranet that people can access on smartphones and in libraries). The first billboard was for a joint venture car company that erected adverts in five places in Pyongyang in the early 2000s. To this day they remain the only ones in the city, but at times have used implied celebrity endorsements by having a photo of a famed singer or sportsperson included in the billboard. 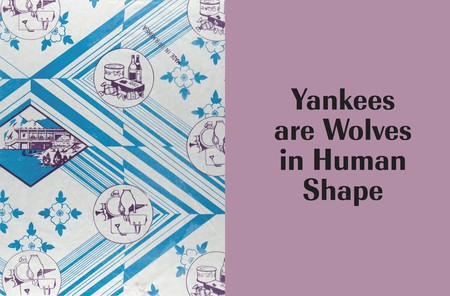 I wasn’t just accumulating sweet wrappers, ticket stubs and beer labels though. I was also collecting art – propaganda posters, thematic pieces and landscapes from the four main art studios in Pyongyang, and getting to know artists. It was interesting to discover, through these creators of a high cultural form, that designers of some of the more proletarian graphics on candy boxes and water bottles were also given awards and celebrated as graphic artists. However, much like the propaganda posters, the graphic work remained unsigned and anonymously produced, and in the public domain. The message takes primacy over the ego of the creator of the propaganda paintings, which are mere illustrative mechanisms for delivering the instruction; and the graphic pieces in this book are mainly commercial, so selling a product is not the work of the designer. 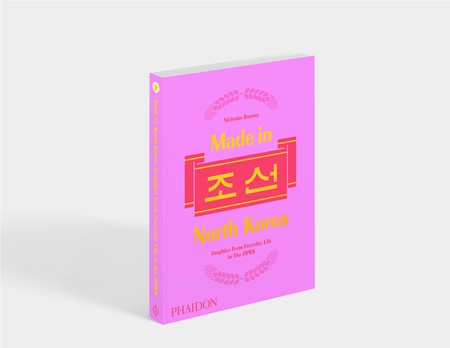 Made in North Korea, 3D Bookshot | Image courtesy of Phaidon

Made in North Korea: Graphics From Everyday Life in the DPRK is available to buy on Amazon or directly from the publisher here.