Music In Mongolia: Communism And After 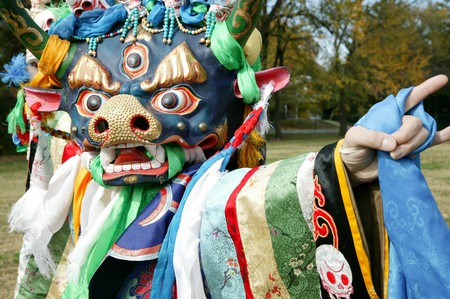 When the Soviet-inspired Mongolian People’s Revolutionary Party took power in 1924, the role of music in Mongolia was to undergo some drastic changes. The new regime wanted to use music as an ideological tool with which to form a “socialist national identity.” Mongolian music had to be “nationalist in form, socialist in content.” For this to be achieved, the diversity across the nation’s music and any distinctive musical traditions needed to be eliminated.

This process towards a national music began in the 1920s and ’30s. The government sent soldiers trained to play ‘national’ instruments to nomadic groups with the objective of disseminating ‘cultural enlightenment.’ The new regime banned anything representing past traditions or difference, or music symbolizing ethnic or group identities. The forms of many traditional genres — such as long-songs (urtyn duu) or praise-songs — were retained, but their contents was stripped of any references to religion or ethnicity, to be replaced by approved lyrics that praised the motherland, secularized nature, industrial workers, and the patriotic heroes of the Party. 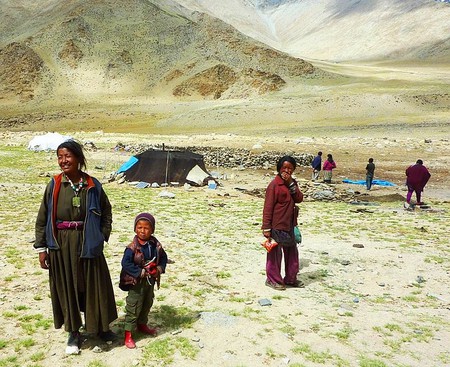 One musical tradition — the lengthy oral heroic epics (Baatarlag tuul’) that tell tales of brave knights who fights and eventually defeat forces of evil — did survive the changes made by the new regime. These epics were respected as ‘ancient literature,’ because they are rich in poetical devices, such as formal parallelism, line initial alliteration, and vowel harmony. The use of line initial alliteration (where the first word in each line share the same sound) was especially meaningful to the communist government, since it is the oldest technical device in Mongolian literature. It was used, for instance, in the 13th century Secret History of the Mongols. For a regime determined to eradicate difference across a whole nation’s music, it was convenient to believe in a common oral literary language in these heroic epics composed by different groups of western Mongols. Although these heroic epics were considered examples of creative ‘national’ genius, they were nevertheless amended in order to remove material deemed inappropriate.

Similar to other communist countries, traditional Mongol music was ‘folklorized.’ This involved introducing forms and theories from Western music and combining it with traditional Mongol music. The Russian musicologist Boris Feodorovich Smirnov pioneered this practice by organizing the first folk ensemble orchestras in Mongolia. These ensembles involved both European and Mongolian national instruments. Smirnov also standardized Mongolian music’s tuning system; previously there had been 12 traditional tuning systems, but Smirnov restricted it to only two. Musicians had to learn European notation. Meanwhile, instruments were ‘modernized’ and holding positions when playing changed.

Part of this process towards a national music involved changing which instruments were permitted. The half-tube zither or yagta had been associated with the aristocracy and with Buddhist practices. The new communist regime initially disapproved of its use, and it fell into disuse. It was, however, reintroduced in the 1950s as a ‘national’ instrument to be played in folk ensemble orchestras. The yagta still had to be modified in order to play alongside the European instruments in these ensembles.

Instruments associated with Buddhism did not have such a fortunate fate. Most Buddhist instruments and tsam masks were destroyed. Some herders succeeded in hiding their masks, which could again be revealed after the introduction of democracy in the 1990s.

The Mongolian government was not only concerned with modifying traditional Mongolian music to make it suitable for the new communist regime; they also wished to create a new music. Mongolian composers would turn away from their historical musical traditions and compose operas, ballets, orchestra, and chamber music using the European tonal system. One such composer was Magsarjavyn Dugarjav (1893 – 1946), who became known as the ‘father’ of new music. He wrote revolutionary songs, such as Ullan Tug (The Red Flag, 1921) and Mongol Internatsional (Mongol International, 1923).

The Mongolian government tried to protect its people from influences from the world outside the communist block, but they were unable to prevent pop and rock influences from seeping in during the late 1960s. Two state bands formed: Soyol Erdene (Precious Culture) in 1967 and Bayan Mongol (Rich Mongolia) in the late 1970s. They performed a genre called estrad, which translates as ‘variety.’ Estrad encompassed an assortment of popular and traditional songs, with lyrics that praised the homeland. The lyrics were arranged in a regular rhythm and accompanied by brass, electric organ, bass, and drums.

Although the communist regime restricted access to non-communist music, Soyol Erdene was nevertheless influenced by different kinds of music, depending on who was leading the band. It initially drew on bands such as The Beatles and Queen. Under the leadership of Zundar, the band became more rock-influenced. Under G. Jargalsaihan in the early ’80s, Soyal Erdene became more jazz-oriented. Finally, in the early 1990s, the band changed once again into a pop-rock group.

The collapse of the Mongolian People’s Republic in 1992 brought about a return to democracy. This inaugurated a return to the promotion of diverse traditional vocal styles, previously discouraged by the old regime in its mission for a national music. Meanwhile, instruments confiscated by the authorities started to be played and taught again, and doubts began to arise about the reliance of Mongolian music on the European scale system.

The Soviet music traditions that had gradually developed throughout the communist era nevertheless remained. The invented professional ‘traditional’ musicians continued to work by making recordings and were even invited to perform in the West. The mixture of traditional Mongolian and Western instruments continued in ensembles and orchestral compositions. For example, in 1989 Gavyat Tsendiin Batchuluun founded the Morin Huuryn Chuugla (Horse-Head Fiddle Ensemble), which played classical and ‘national’ music.

The new democratic regime also allowed for the revival of religious practices, including Buddhist tsam and shaman music. However, it was not a matter of simply restoring a formerly forbidden music tradition; professional actors and dancers now performed tsam and shaman in secular contexts — considerably different to how this music was performed before.

A further interesting development was how women pop singers started to question traditional gender roles and relations in Mongolian society. The mezzo-soprano solo singer Sarantuya — simply known as Saara — released a hit record with the feminist song Chi Heregüi (I don’t need you). Saara is considered the queen of Mongolian pop and is the highest selling Mongolian artist of all time.