Why Malaysia's Mt. Kinabalu is So Sacred 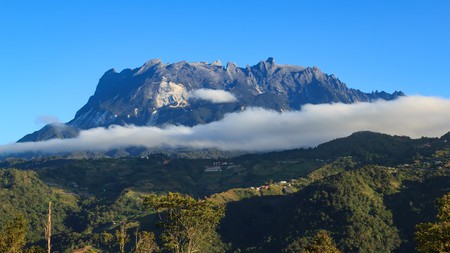 Borneo’s tallest peak standing at 4095 metres (13,435 feet) has a profound cultural relationship with the indigenous tribes of Sabah. Featuring as a World Heritage Site and a favourite Malaysian tourist attraction, there’s another side to this mysterious mountain that dates back generations.

Local ethnic groups have lived in and around Mount Kinabalu for centuries. The dense forest surrounding the foothills provided food and materials for several generations. Local communities of Kadazan-Dusun lived near the mountain with Kinabalu playing a pivotal role in their daily life. From its dominating appearance seen from miles away to ancient animistic beliefs, Mountain Kinabalu has and always will be a spiritual and focal point in Sabah.

In ancient pagan traditions, Mount Kinabalu has always been the sacred resting ground of the dead. Local Kazadan-Dusun were buried facing the mountain so their spirit would reach Kinabalu without difficulty. According to local lore, the spirits remain inside this ‘graveyard’ until they pass into the afterlife known as Libabou. The sacrifice of chickens once appeased mountain spirits. Local shamans called Bobohizan performed complex rituals to guide recently deceased’s souls to the mountain. 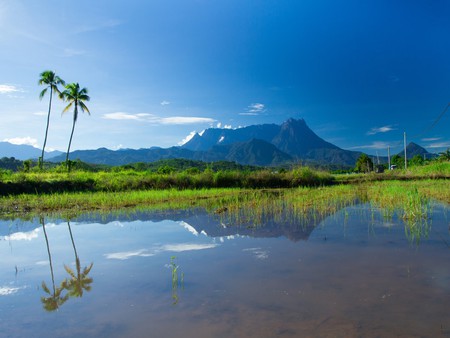 Despite pagan traditions in Sabah slowly dying out, the Kinabalu remains of utmost importance in Sabahan culture. The state flag’s focal point contains an image of the mountain and Sabah’s capital, Kota Kinabalu, literally translates as ‘City of Kinabalu’. And the popular folk song: ‘Sayang Kinabalu’ describes its importance in Sabahan society. Even today, locals customarily seek permission before attempting any climbs. Superstitions still enshroud the mystical structure too. The recent 2015 earthquake that reshaped the entire structure and closed access for almost two years was attributed to the spirits.

Every Sabahan knows this song. 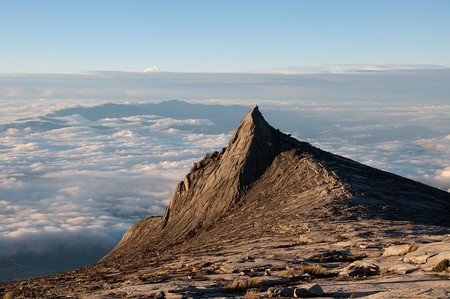