Where To Watch Turtles Hatch in Malaysia 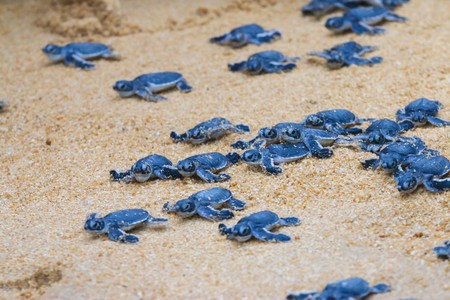 Leatherback, hawksbill, green and olive ridley – these are the four main types of sea turtle you’ll see nesting on the shores of Peninsula and Malaysian Borneo. And when you’re witnessing mommy turtle lay her eggs, please don’t squeal, don’t flash (your torches or cameras) and don’t pet (her).

This national park encompasses four islands and the coastline along Talang-Satang, where green and hawksbill turtles favour nesting. The green turtle accounts for 90 percent of turtle landings here, though three other species are also known to nest on the coast.

As part of the marine turtle conservation programme, park wardens routinely remove eggs from nests and place them in protected hatcheries for up to 60 days, after which the baby turtles are guided back to sea. 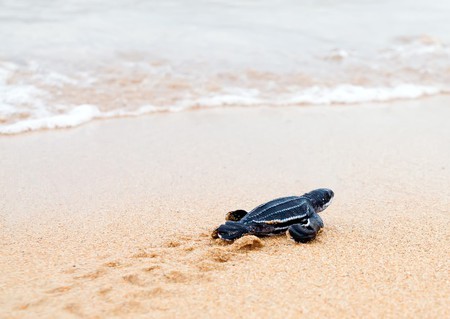 Drop by between July and October, and you’re bound to witness hawksbill turtles landing on the shores of Turtle Island Park. The park itself consists of several islands, including Selingan, the Gulisan islands and Bakungan Kecil. Turtles usually come ashore after nightfall, and visitors are asked to keep quiet and not use bright light for fear of scaring the turtles away.

To get to Selingan (the headquarters of Turtle Island Park), you’ll have to take a boat from the jetty at Jalan Buli Sim-Sim. Ask for the Sabah Parks jetty. 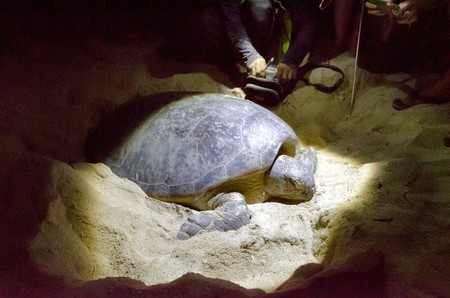 Tioman has pristine beaches, colourful reefs, refreshing waterfalls and rainforests so thick and lush you might mistake it for paradise. But the best thing to do in Tioman still has to be watching baby turtles hatch on the isolated Juara Beach, on the east coast of Tioman Island.

A turtle hatchery is operated by the Juara Turtle Project, who collect turtle eggs from new nests to incubate and protect them from poaching activities. At the hatchery, you can watch baby turtles struggle out of their white shells, sponsor a nest and even release them back out to sea. For more information on how to get to Juara, visit this page here. 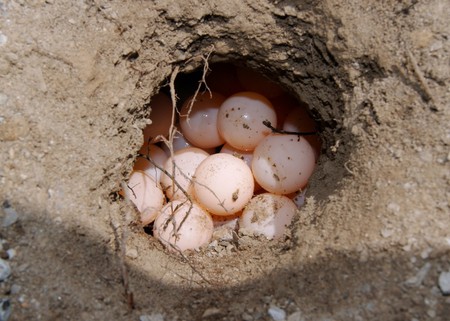 The clear waters and soft shores here are a haven for green and hawksbill turtles to land. After sunset, there are no lights on this beach, in order that the turtles will feel safe to nest. When you go snorkelling during the day, you may also catch sight of a few turtles frolicking around in the sea.

The Perhentian Turtle Project helps to conserve and protect newly laid turtle eggs, collecting and incubating them until they’re ready to be released back to sea. Did you know that when a turtle surfaces on shore, you should keep a distance of at least a couple of metres? Find out more here. 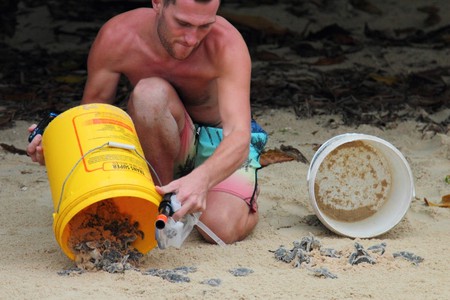 You may have learned about Rantau Abang in geography class, since it was one of only six nesting sites around the world for the endangered leatherback turtle. But times have changed since the 1950s, and where there used to be 10,000 nesting per year, there are barely any now.

Still, you can find out about the conservation and protection of these gentle giant creatures at the Turtle Information Centre, and if you’re very lucky, like a few were in 2017, you may see a slow-moving giant-shelled turtle making her way up the steep slopes of the beach for a quiet little nesting. 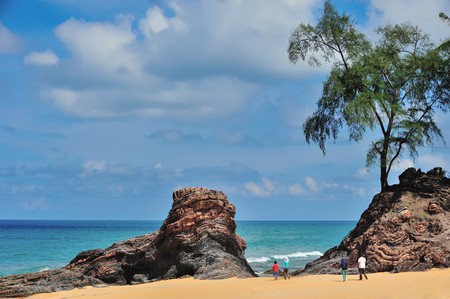 Get involved in turtle conservation in Terengganu | | © IZZ HAZEL / Shutterstock

This is a small conservation hatchery run by charity and on donations, so don’t expect a lot of fanfare. Nevertheless, if you come by during the peak nesting season between July and October, you’ll be rewarded for your effort. Watch the hatchlings break out of their shells and release them back to sea – you, your children and the turtlets will all be smiling. 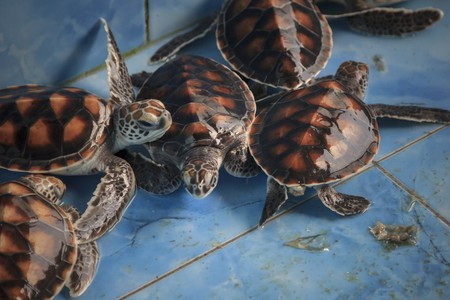