Top Things to See and Do in Langkawi, Malaysia

Langkawi's eagle statue | © BroNrw/Shutterstock
Langkawi provides tourists with everything they could dream of in a tropical wonderland: beaches, mountains, wildlife, islands, mangroves, duty-free shopping and alcohol. From climbing the highest peak to feeding eagles and visiting the island’s largest mosque, here are Culture Trip’s picks of the best things to do in Langkawi.

Eagle Square, or Dataran Lang, dominates the skyline at Kuah Bay. The 12-metre, (39 feet) reddish-brown monument forms Langkawi’s emblem. According to local stories, the island’s name is an amalgam of both helang, or ‘eagle’ and ‘kawi’ which translates to reddish-brown in old Malay. Terraces, fountains and bridges fill the surrounding area along Kuah Bay creating an attractive environment at any time of the day. Tourists can find delicious Malaysian food in the area, too. 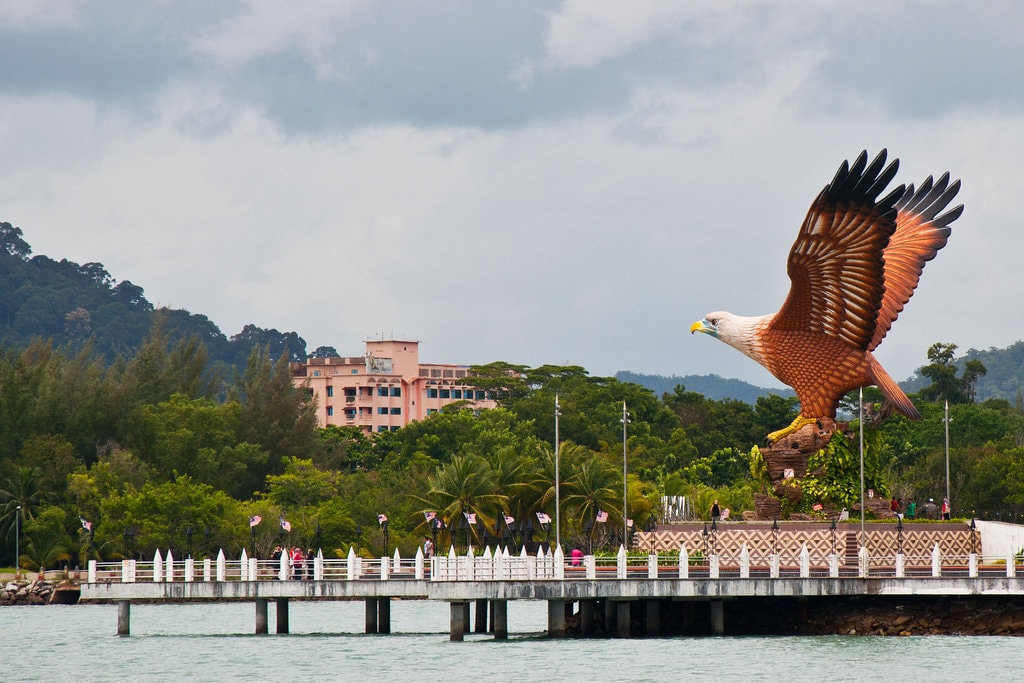 Langkawi houses approximately 100 smaller islands in its Andaman Sea archipelago. The UNESCO Pulau Dayang Bunting, translated as ‘Pregnant Maiden Island’, features a mountain lake. Pulau Singa Besar is another popular island famous for its eagle feeding. Several other inhabited and uninhabited islands surround Langkawi and can be reached as part of a tour or hiring a boat.

View of Dayang Bunting Island from above © Gregorio02/WikiCommons

The swampy mangroves covering large parts of northeast Langkawi form a dense labyrinth surrounded by creepy-looking trees along the Kilim River. The tidal mangrove provides visitors with the chance to experience an ecological haven and appreciate Langkawi’s biodiversity in flora and fauna. Some tour groups pass through the maze of mangrove on a boat while others navigate using kayaks. The wildlife that call the region home includes eagles, otters and kingfishers, among several others. 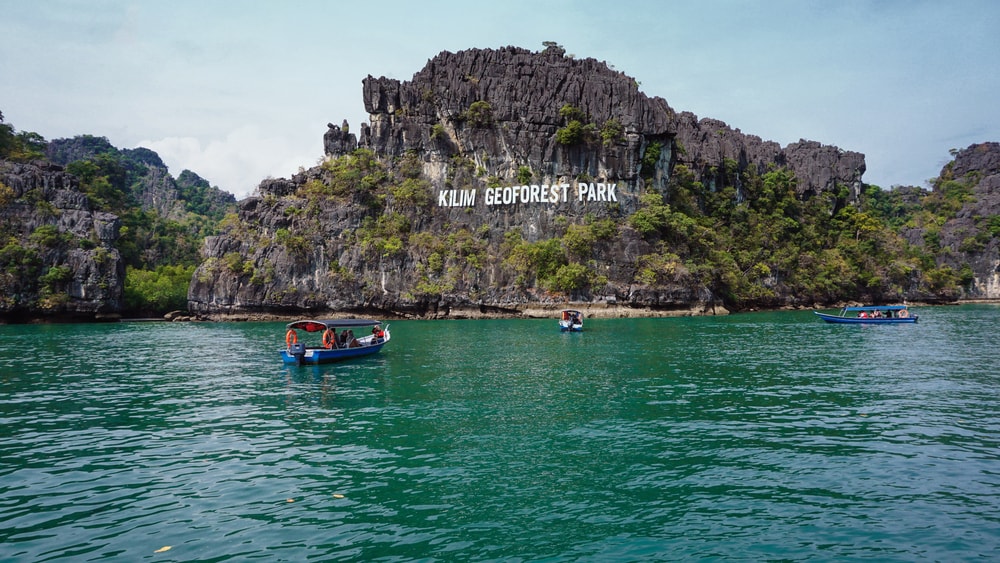 Located near Langkawi’s centre, Gunung Raya reaches 881 metres (2890 feet). Tourists have three options to reach the summit of Langkawi’s tallest peak: either drive, join a tour, or hike. Renting a motorbike and driving to the top rates as one of the more fun things to do in Langkawi, while having a guide provides context. Active visitors can hike along the trail of more than 4000 steps, which covers a total distance of approximately 4 kilometres (2.5 miles) to the top. A tower marks the summit with panoramic views. Hornbills, eagles and kingfishers call the jungle rainforest their home.

The Cable Car passes through three stations starting in Oriental Village at the foot of Machinchang, Langkawi’s second tallest. It takes approximately 15 minutes to ascend 708 metres (2323 feet) to the top up a steep gradient of 42° in some sections. Expect views of the mountains, valleys and rainforests as the gondola rises. According to some, the Langkawi Cable Car ranks among the top things to do in Langkawi. Others say it’s more of a tourist trap and not worth the admission fee. Expect dual pricing, long waiting times and to pay RM 1 ($0.25) extra to use the toilet. 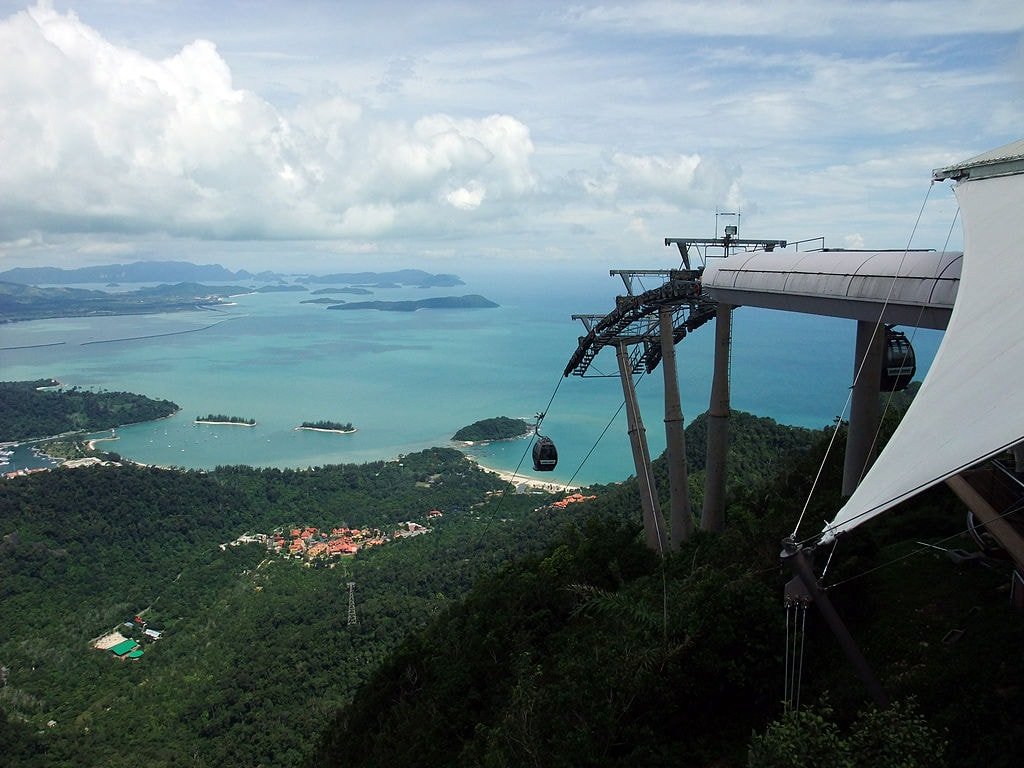 Bridge
Breathtaking view from the sky bridge | © Pixabay
The Langkawi Sky Bridge, a 125 metre (410 feet)-suspension bridge hangs 100 metres (328 feet) above the floor as part of the Langkawi Cable Car complex. For an additional fee, tourists can walk along the sky bridge and view the rainforest from above. The Sky Trail follows a short route through the jungle to reach Telaga Tujuh (Seven Wells) waterfall, which ends near Oriental Village.
Admission Fee: RM5 ($1.25) in addition to the Langkawi Cable Car fee.

Most tourists claim the best things to do in Langkawi are to simply enjoy the beaches. Clean white sand interspersed with palm trees against the gentle lapping sea can be the very definition of a paradise. Langkawi boasts several beaches, including Pantai Cenang, Tengkorak, Tanjung Rhu, Black Sand Beach, among many others. Popular water sports include banana boating, jet skiing, wakeboarding and parasailing. Pantai Cenang features one of the world’s most romantic sunsets.

The island’s largest religious building rarely features on the typical list of things to do in Langkawi. Completed in 1959, Al Hana Mosque functions as the central mosque in Langkawi catering to hundreds of local Muslims. Those with a keen eye for architecture might spot the unusual elements and motifs adapted from Uzbekistan decorating the exterior. Enter outside of prayer time to marvel at the large hall. Al Hana is a short walk from Eagle Square at the northern end of Taman Lagenda Park. 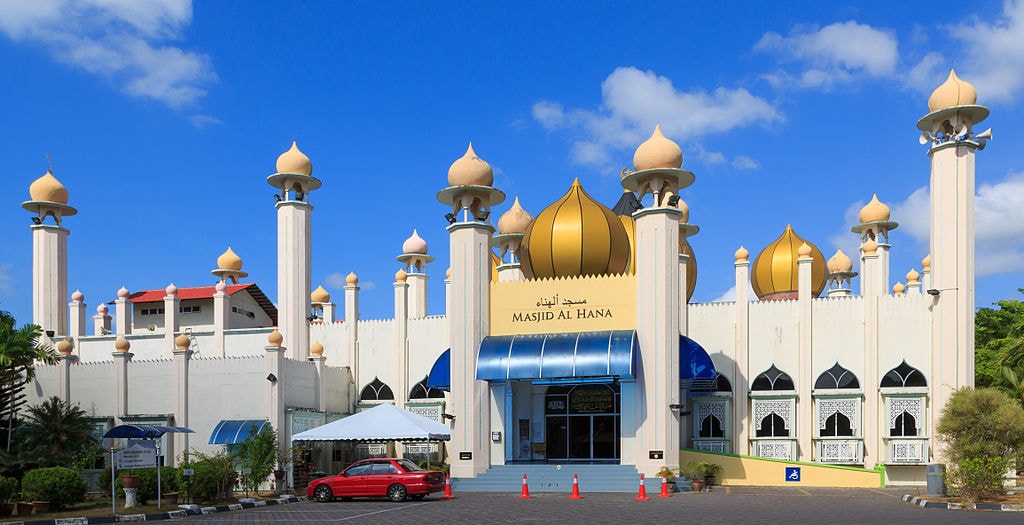 Located near Black Sand Beach, the Langkawi Craft Complex displays art and craft by local artists, reflecting the island’s rich cultural heritage. Different rooms feature various traditional handicraft while teaching visitors insights into batik painting and weaving. The Local Legends Hall depicts the story of Mahsuri, who was falsely accused of adultery and executed in the early 19th century. Tourists who want to have more of a cultural insight should consider putting the Craft Complex on their list of things to do in Langkawi.