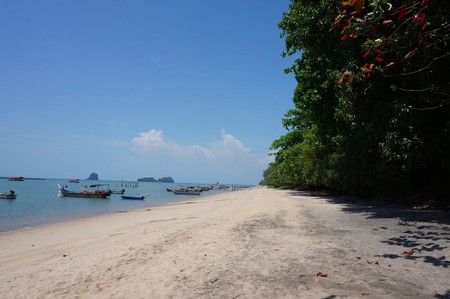 Stepping away from Pantai Cenang and heading to a beach covered in dirty black sand might not sound appealing. But Pantai Pasir Hitam on Langkawi’s northern shore has a mysterious allure. Several legends, myths and stories shroud the origin of the enigmatic black sand found nowhere else in Langkawi.

A favourite stop on trips around the island, the Black Sand Beach often makes an ideal place for photographs because of the sand’s colour. While it might not be jet-black, the appearance of black granules found nowhere else on the islands gives it a certain appeal for curious tourists. 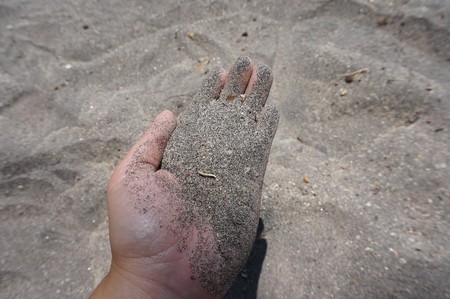 Because of the unusual appearance and the superstitious nature of the locals, the origins of the black sand at Pantai Pasir Hitam is shrouded in mystery. Scientist’s claim the colour can be explained geologically by the presence of Tourmaline, and Ilmenite mineral washed down to the beach from Mount Raya. But, a combination of the two minerals rarely causes black sand outside of Langkawi, putting the claims into doubt. Others suggest the colour might be from iron oxide pigments in the sand or even pollution from the nearby cement factory.

The Legends and Myths

The local versions of events take a more sinister approach. The first goes something like this: Mythical Garuda, a cross between an eagle and a man, kidnapped a Chinese princess who was engaged to marry a Roman prince. The prince began to fight the beast, eventually driving it to Langkawi for a deadly battle. This legend suggests the black sand is a remnant of the fight that took place centuries ago.

The second story describes a mermaid from the Underwater Kingdom who fell in love with the Land Kingdom’s prince. She moved to the land enraging the sea people. With an advanced and superior military, they decided to invade the land and take back their princess. A wise man decided to build fires along the beach to give the illusion the Land Kingdom’s army was much stronger than it actually was. The deception worked, and the Underwater Kingdom fled. This myth suggests the black sand is a result of ash from the fires.

How to Visit Black Sand Beach 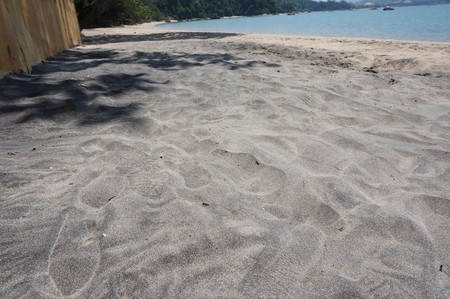 Tourists have three ways to visit Pantai Pasir Hitam on Jalan Teluk Yu. The first follows a clockwise tour around the island from Pantai Cenang past the airport, Langkawi Cable Car and along route 113 to the Black Sand Beach. Expect this route to cover approximately 50 kilometres (31 miles) and to take a few hours, including stop offs. Alternatively, follow the more direct road from Pantai Cenang through the island’s interior on Route 112 taking between 30 minutes to an hour to reach. From Kuah follow Route 112 anticlockwise past the Langkawi Wildlife Park for 20 kilometres (12.5 miles).