The History of Borneo's Headhunters 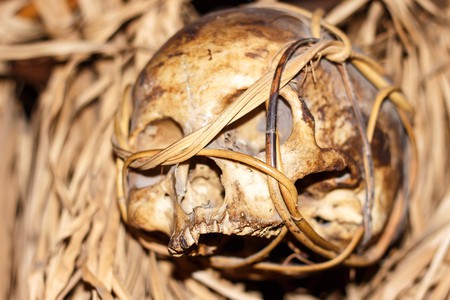 Throughout history, communities have warred against one another. Some, including the tribes in Borneo, severed their victim’s head and preserved it as a trophy or for ritualistic purposes. Discover the basis and motives behind the infamous and fearsome headhunters in Borneo.

The headhunters in Borneo were active until approximately one century ago. Various tribes, including Sarawak’s Iban and Sabah’s Murut and Kadazan-Dusun brought fear to the early British colonialists. Victorian Britain nicknamed the land ‘Barbaric Borneo’ which was fitting for the nature of the indigenous tribes. Some collected an enemy warrior’s head to take home as a trophy or as proof of their victory. Others had to murder and bring the skull back to the village for permission to marry. Regardless of the motive, the practice of headhunting in Borneo has both intrigued and instilled fear in outsiders for generations. Visitors can enter the former longhouses and see skulls still dangling from the roofs. Even today, the occasional rural community still looks after a head captured by their ancestors.

Sarawak’s Iban form approximately 30% of the state’s population. In the 21st-century, many adopted Christianity, but their past has a darker story. In Iban culture, headhunting during defence and expansion of their territory was widespread. Collecting a head and bringing it back to the village was a sign of masculinity and a highly sought–after trait when it came to marriage and prestige in the community. The Iban believed cutting off the head gave them possession of the spirit which in turn made the collector more powerful. A ban implemented by British Sir James Brooke in the 1800s stifled the practice. But the ancient tradition was revived during the Japanese occupation in World War II and a failed Indonesian attempt to invade Sarawak in the 1960s. Today, a small number of elderly Iban men have squiggly lines on the back of their hands. This shows they have killed and severed someone’s head before. 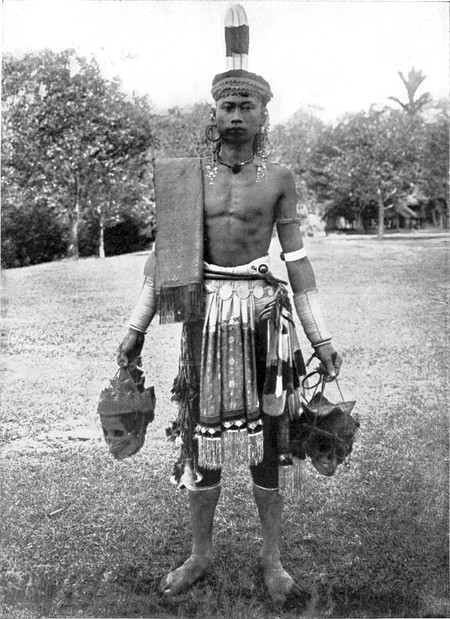 The Murut tribes were feared throughout Borneo for their headhunting practices. While the Iban severed heads for ‘trophies’, Murut society and culture were much more brutal and ruthless. Within the community, a young man who had failed to collect at least two heads received little respect. Before marriage, men had to sever and obtain at least one head. Those who didn’t were ostracised. Incidentally, groups of young Murut men went on regular headhunting raids to murder and sever the head of anyone they encountered. Nobody was spared — men, women and children were all killed. It didn’t matter. All that mattered was collecting a head for their rite of passage into manhood.

The Kadazan-Dusun headhunters in Borneo followed a more spiritual approach. Heads were collected from invading enemies and offered as proof of victory. Kadazan-Dusun victims were almost always warriors. But the practice had a more gruesome twist. The members of this tribe were spiritual and believed the body possesses several spirits which depart to Mount Kinabalu immediately after death. A young Kadazan-Dusun warrior needed to remove the head while the victim was alive to preserve its spirit. A head from a corpse whose soul had already departed was worthless in their view. The community held a special ceremony to appease the head’s spirit. They believed if they took care of the spirit, it would safeguard their village against disaster. Some Kadazan-Dusun still protect the heads collected by their ancestors. 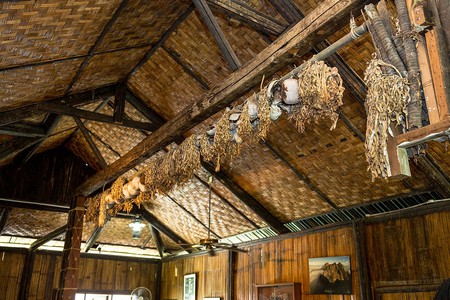 Visit the House of Skulls in Sabah's Monsopiad Cultural Village to see some of the collections | © CEphoto, Uwe Aranas/WikiCommons
Give us feedback