The Astana: Kuching's Palace of the White Rajahs 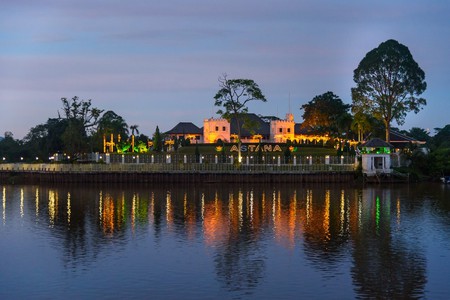 An English Dynasty called the White Rajahs ruled Malaysia’s largest state on Borneo Island for more than a century. During this time, they expanded the territory to today’s borders, developed infrastructure and built Kuching’s Astana or Palace. Here’s the story of the White Rajah’s colonial Palace.

The White Rajahs ruled over the Kingdom of Sarawak for more than 100 years from 1841 to 1846. James Brooke received the territory from the Sultan of Brunei after he helped defeat regional insurgencies. Covering three generations and having difficulties finding heirs, the Brooke Dynasty finally became part of the British Crown after World War Two. Despite the controversy, the White Rajahs expanded Sarawak’s territory to the modern day borders, commissioned the colonial buildings, and renamed the capital Kuching. But the most beautiful legacy is the stunning Astana overlooking the northern banks of the Sarawak River. 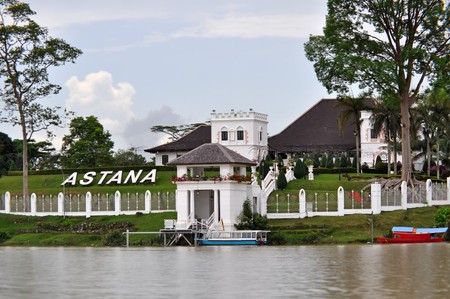 The clock tower is located inside the complex | © Jan S / Shutterstock

The Second White Rajah Charles Brooke married an English woman called Margaret. He commissioned Kuching’s Astana, or Palace, in 1870 as a wedding gift for when she arrived from England. The original palace consisted of three simple buildings connected by passageways. Renovations and additions saw Kuching’s Astana grow in size and extravagance. The Clock Tower at the front acts as a memorial to his uncle James Brooke, and it officially opened in 1888. Margaret later returned to England and wrote a memoir titled My Life in Sarawak in 1913, describing her brief time overseas. She also composed the State national anthem, Gone Forth Beyond the Sea, used from 1872 to 1946. 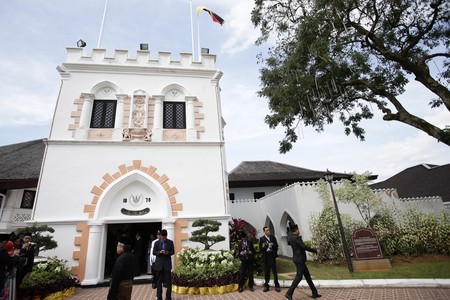 Despite being a historical landmark in Kuching, the Astana is not open to public | © Aizuddin Saad/Shutterstock

Today, Kuching’s Astana serves as the Governor of Sarawak’s official residence. The Palace sits elegantly on the northern flank of the Sarawak River surrounded by manicured lawns and the word ‘Astana’ in huge white letters. From a distance, the white-washed colonial structure with steeped roofs looks almost like a castle. Stand opposite the river for the best views of it, especially after dark when lights bath the structure. Tourists can’t go inside, but it does open to the public once a year. 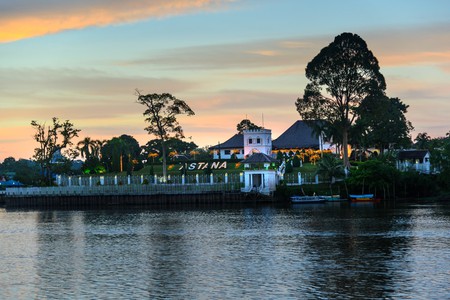