Take a Walk With the Wildlife of Langkawi 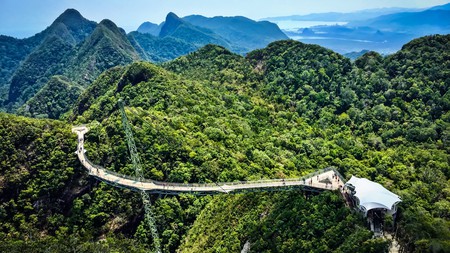 The pretty island of Langkawi, located off the coast of Penang in Malaysia, is known for its gorgeous beaches, verdant rainforest, duty-free shopping and a whole host of water sports and other fun-filled activities. However, this Southeast Asian jewel is also home to a surprising variety of wildlife. 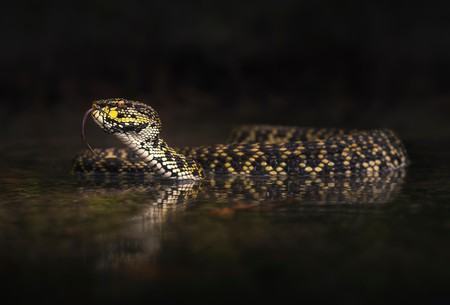 Langkawi’s mangroves are home to a wide variety of species, including vipers | © RooM the Agency / Alamy Stock Photo

The protection of the wildlife on Langkawi is enhanced by it being Southeast Asia’s only UNESCO Geopark. The entire island is has been given this status, defined as “a territory encompassing one or more sites of scientific importance, not only for geological reasons but also by virtue of its archaeological, ecological or cultural value”. 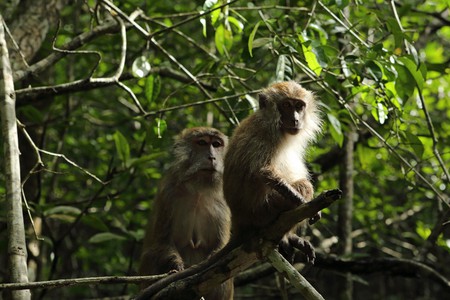 A day spent on a boat or kayak in the Kilim Geoforest Park makes a great day out travelling through the mangrove swamps. Boarding a boat at Kilim Jetty, you tour the often narrow waterways of the park, with wildlife-rich rainforest unfurling either side of you. The sight of the seemingly endless twisted mangrove roots is striking, and nestling amongst the vegetation are pythons, huge water monitor lizards, otters and more. You’ll see a good number of long-tailed bonnet macaque monkeys – but they do tend to rifle through luggage, so keep your bags closed and secure.

Langkawi also provides a habitat for more than 200 bird species and you may spot the likes of drongos, hornbills, herons and kingfishers on this excursion.

There’s an area of the Kilim Geoforest Park where eagles and red kites particularly like to congregate; stop the boat here and you are likely to see two or three at a time flying overhead. Unfortunately, some tourist boat companies have been throwing food to attract them, which has resulted in them becoming lazy and hunting less. This has caused the number of snakes and rodents to increase sharply, creating a wildlife imbalance in the area. Dev’s Adventure Tours is an established tour operator that doesn’t feed the birds. The park is known for its rugged karst limestone formations, and so the ever-changing scenery is another delight of this cruise.

This region is teeming with exotic freshwater and marine life and a visit to Underwater World Langkawi is ideal if you want to find out more. This aquarium features around 500 different species of mammals and fish, including turtles, sharks, stingrays and seahorses, as well as seals and African and rockhopper penguins. There’s a rainforest walk, coral garden, koi pond with Japanese carp and a 15-metre (49-foot) underwater tunnel, allowing you to observe the aquatic life up close from every angle. 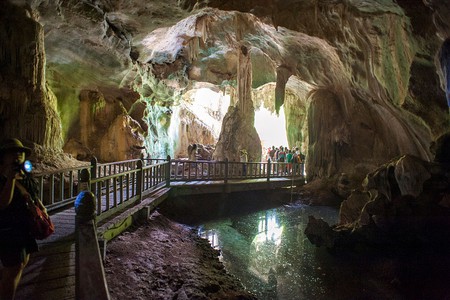 Visit a cave full of bats

There’s a special cave at the Geopark that is home to an amazing array of bats. Enter the cave, formed from limestone 550 million years ago, and shine a light to reveal hundreds of Malaysian fruit bats hanging from the walls or flying overhead. As you walk through the cave you’ll notice some dramatic limestone formations, including a stalactite hanging from the ceiling joining stalagmites rising from the floor to form a massive single column. When you leave the cave, a walkway guides you through the mangrove swamps with their exposed, twisting roots. To get to the cave, take a boat from Kilim or Tanjung Rhu jetties; the cave is included in trips such as those offered by Dev’s Adventure Tours.

Langkawi Wildlife Park is a five-acre (two-hectare) animal sanctuary and tropical garden with more than 2,500 exotic birds spanning around 150 species. These include cranes, canaries, ostriches, emus, ducks, owls, peacocks, pelicans, parrots, eagles, toucans, hornbills and flamingos. There’s a walk-in aviary, and young children will especially enjoy joining in with the feeding sessions. As well as the birds, there’s an array of animals including monkeys, meerkats, pythons, raccoons, porcupines, mouse-deer, deer, iguana and crocodile.

Dive or snorkel to get close to the marine life

Enter the underwater world around the four islands that make up Pulau Payar Marine Park and if you’re lucky you’ll see schools of large fish that are absent from shallow waters. These could include snappers, manta rays, grouper, angel fish, seahorses and barracudas, and there are colourful corals to enjoy too. The park is situated approximately a 45-minute boat ride from Kuah Jetty. There is one-on-one guide support from professional diving instructors for inexperienced divers. Excursions are available from East Marine.