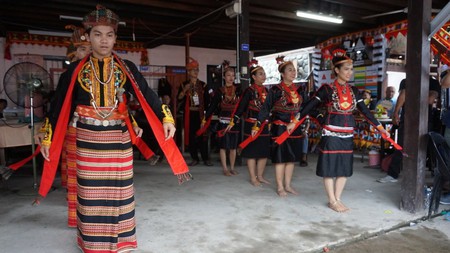 The Harvest Festival in Sabah is an annual month-long celebration ending in a carnival-like party on the 30th and 31st May. With pagan origins, deep cultural roots and litres and litres of rice wine, Pesta Kaamatan features as one of the best festivals in Malaysia. Here’s why.

Kaamatan: The most important event on Sabah’s calendar

Held at the Hongkod Koisaan Kadazandusun Cultural Centre in Penampang near Kota Kinabalu, Pesta Kaamatan is a magnet for locals and tourists alike. Traditional sports and games keep visitors busy before they later sample ethnic delicacies, drink rice wine, sing traditional songs and dance. Sabahans from around the state and all over Malaysia return to join in the fun on the most important day on the state’s calendar.

A benevolent god sacrifices his daughter to stop a famine

According to Kadazan-Dusun lore, a famine once plagued the tribes centuries ago. Rice just wouldn’t grow, and the villagers were on the verge of starvation. God Kinoingan took mercy and saved the Kadazan-Dusuns by sacrificing his daughter Huminodun. He sowed her body and spirit into the soil, which then helped rice and other plants grow. It’s believed each grain of rice contains Huminodun’s spirit, which is called Bambaazon. A series of rituals and ceremonies take place after harvest to thank the spirits and make sure the Bambaazon stays in the rice for next year. If not, the rice won’t grow.

Pesta Kaamatan has its roots in early rice cultivation. Animist Kadazan-Dusun and Murut indigenous tribes believed everything had a spirit. So they gave offerings and showed gratitude after a successful harvest. If they didn’t, disgruntled spirits might leave and the villagers would starve. But before the tribes relied on rice, they were hunter-gatherers and used the jungle to find meat and forage. So the all-important transition in early human civilisation from nomadic hunters to settling down and farming probably influenced the early beginnings of Kaamatan.

Ancient origins and the European Renaissance

According to New Scientist, archaeological evidence from Sarawak suggests rice cultivation in Borneo began around 4,000 years ago. But this wasn’t continuous to the present day. For some reason, people stopped farming until sometime around the 15th century, which saw an explosion in rice production. This means the Harvest Festival in Sabah, albeit in a more primitive form, probably dates back to this era. Or at about the same time as Europe’s Renaissance.

From animist roots to a state-wide celebration

Centuries ago, celebrations took place at the village level as the men were notorious headhunters. Back then, farmers harvested once a year and stockpiled the surplus for the rest of the year. Bobohizans, or ritual priestesses performing a role similar to a shaman, determined the exact day of Kaamatan. And when the date was set, everyone in the village helped: men hunted in the jungle for meat while women prepared the rice and rice wine. Bobohizans conducted strict rituals and ceremonies to thank Bambaazon, the rice spirit. When the festivities began, villagers played sports, feasted, renewed friendships and settled disputes. Flash forward to today and the Harvest Festival in Sabah is a nationwide celebration. While the festivities, games and rice wine remain, the animist rituals are ceremonial as the vast majority of Sabah’s indigenous people have adopted mainstream religion. 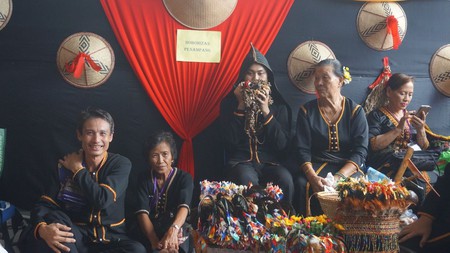 Short rituals are performed during the harvest festival | © Sam Bedford

Drink your weight in rice wine

Rice wine is a critical part of the Harvest Festival in Sabah. Clay jars hold the home-brewed wine, referred to as either lihing or tapai. Some villages hold competitions to see who has the best rice wine. With rice playing such an integral part of community life, it makes sense to ferment and brew alcoholic drinks. And alcohol has facilitated parties and celebrations for millennia. The Harvest festival in Sabah is no different. But it’s not just about indulgence. A small amount gets poured and left outside as an offering to Bambaazon. 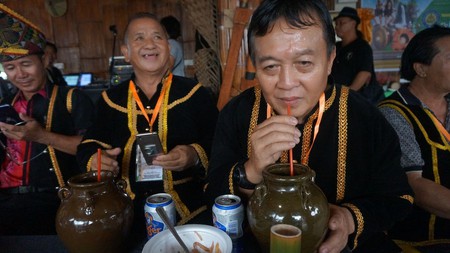 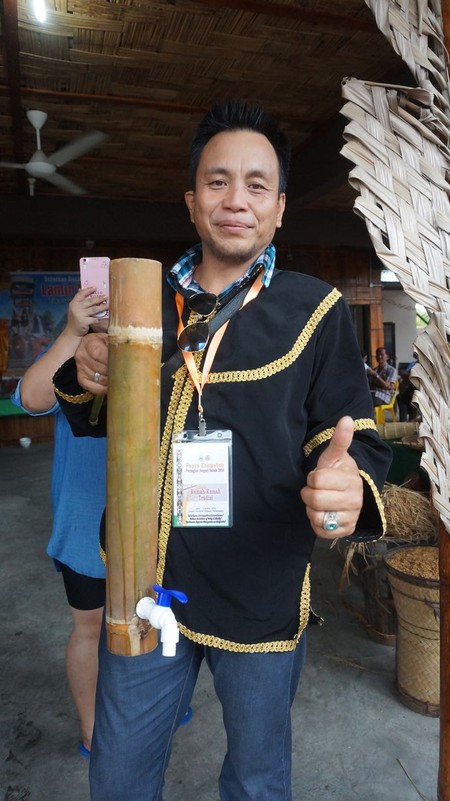 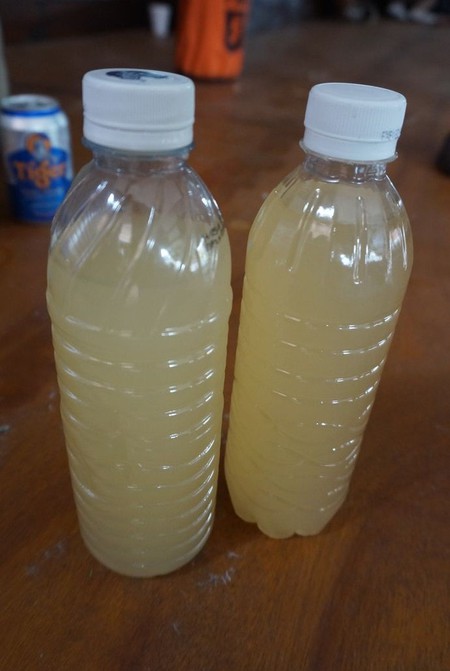 Unduk Ngadau, or the Beauty Pageant, marks the end of the annual Harvest Festival in Sabah on 31st May. Kaamatan’s Beauty Pageant honours Huminodun’s sacrifice, which prevented the potentially devastating famine all those generations ago. Not everyone can participate: contestants need to speak their local dialect. Aspiring young women first need to compete at a district level before entering as one of the 46 contestants in the final. Participating holds prestige as the winner represents the beauty of Huminodun, the daughter of Dusun pagan god Kinoingan. 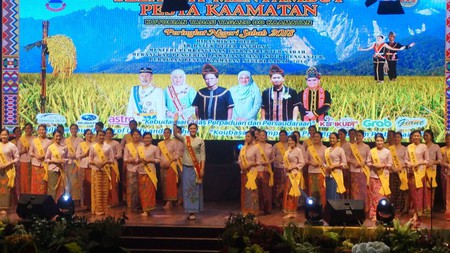 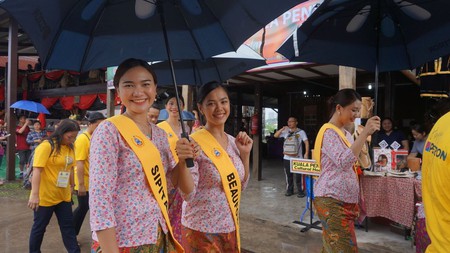 Some of the Unduk Ngadau representatives during the festival | © Sam Bedford

An expiry date on an ancient tradition?

The future of the Harvest Festival in Sabah looks uncertain. Today’s generation prefers technology and shopping malls over preserving their ancestors’ beliefs and traditions. And after exchanging their animistic ways for Christianity and Islam, only a few of the original pagans remain. As an outsider, witnessing and participating in the festivities is both an honour and a privilege. Few places offer the chance to see ancient animist rituals providing a window into a bygone era. 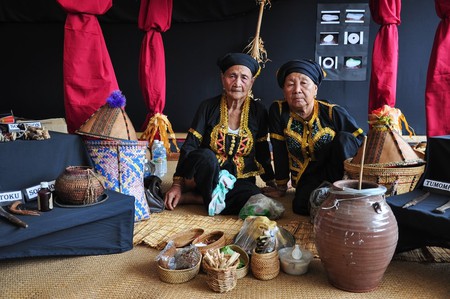