A Guide To The Batu Caves, Kuala Lumpur

Seventeen kilometers from Kuala Lumpur stands a monument that seems to have been built by the gods themselves – the Batu Caves. Both a natural and man-made wonder, this holy monument incorporates both the stunning features of Malaysia’s limestone mountains and religious sculptures of the Hindu faith. Join us in a little history lesson about this fantastic part of one of Malaysia’s most visited sites.

The hollow limestone tower has been around for 400 million years, its caverns, crags and crevices formed in the prehistoric era. Its earliest known recorded homo-sapien inhabitants were the Bersisi, or the Temuan tribe of indigenous people. 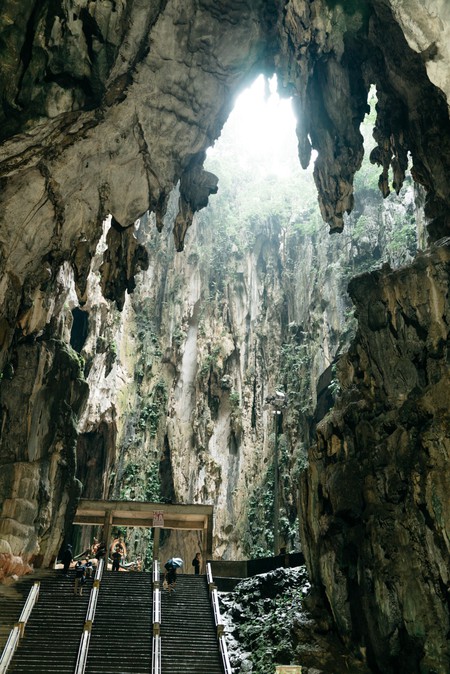 By the 1860s, when Malaya was flourishing as a developing nation under colonial rule, immigrant Chinese settlers who came to here for work, made their living extracting the abundant guano from the caves to fertilize their farms. By the 1870s, the cave garnered attention from the British colonial authorities and even American naturalist William Hornaday, famed for being the first director of the New York Zoological Park (better known today as the Bronx Zoo); and its existence was recorded in worldwide archives. 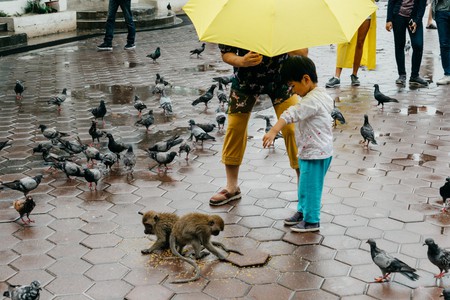 By 1891, the site saw a boom in visitors, among whom was Indian merchant and temple founder K. Thamboosamy Pillai. Fascinated by the mouth of the cave that strongly resembled a ‘vel’ – the head of a celestial spear – Pillai championed the move to make the monolith a place of worship for the Hindu deity of war who carried that very celestial spear – Lord Murugan. 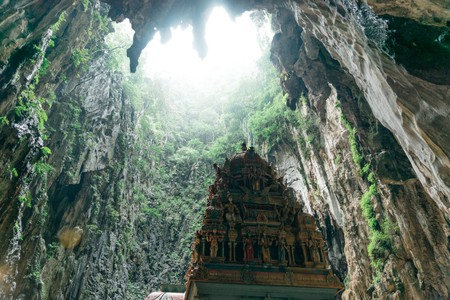 By the 1920s, a set of wooden steps leading from the ground up to the ‘vel’ was built to help the growing number of devotees make their way up to the 400 foot high temple cave. With more devotees came more offerings, and the wooden steps were eventually replaced with the concrete steps of today. 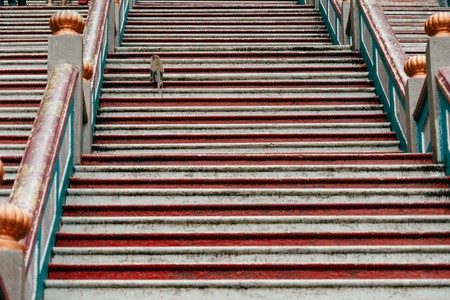 Since then, Batu Caves, named for the Batu river than runs through the area, has been one of the major pilgrimage sites for Hindus all around the world; especially during the earlier half of the year to celebrate Thaipusam, a festival in which devotees pierce their bodies in shocking acts of penance. A 140 feet tall golden painted statue of Lord Murugan was erected during 2006, a tribute adorning the feet of the divine steps. 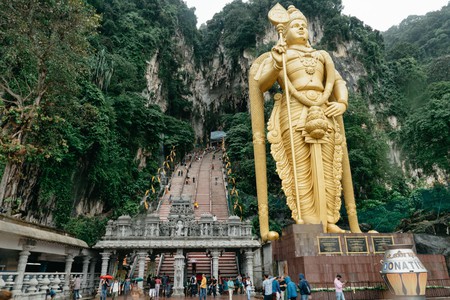 This is a fascinating location to both religious and non-religious visitors. Should you wish to explore more of the cave’s natural labyrinths, head to the Dark Cave for some amateur spelunking tours, or try out some rock crag climbing at the back of the mountain. 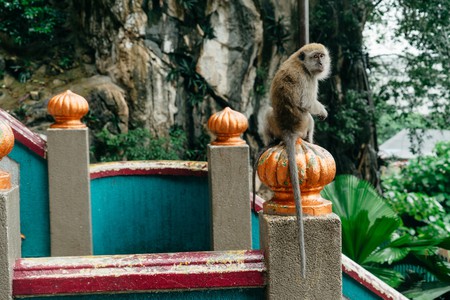