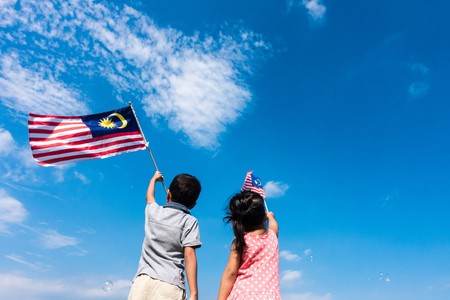 Part of the large Austronesian family of languages, Malay is a highly evolved and sophisticated language currently spoken by 290 million people. All it takes is 11 words for you to fall in cinta (love) with the language.

In Malaysia, the Malay language is also known as Bahasa Malaysia, which means ‘Malaysian language’ or ‘national language.’ Thanks to trade and imperialism, it has been heavily influenced by Sanskrit, Arabic and English over the centuries. And like most languages, many of its most beautiful words have complicated histories.

The etymology of this word is shadowy (pun intended), because while it has been connected to the Sanskrit word chaya, they don’t actually mean the same thing. The Malay cahaya means ‘light’ or ‘ray of light,’ while the Sanskrit chaya actually refers to the Hindu goddess of shadow, who is the wife of Surya, the sun god.

In literal terms, muhibbah translates into ‘goodwill,’ but that’s not how Malaysians use it. In this country of multiple ethnicities and cultural backgrounds, muhibbah more frequently refers to intercultural harmony. Students learn the phrase in school, advertisements use it on TV, and politicians bring it up in formal addresses: Malaysia’s muhibbah is its greatest asset. 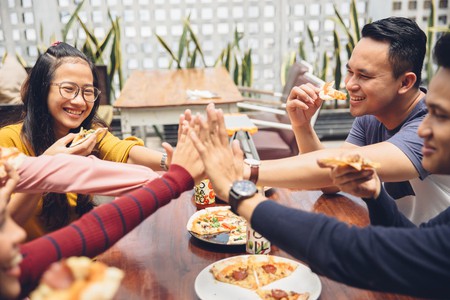 Princesses play a significant role in Malaysian folklore, and puteri remains a popular female name today. According to legend, the beautiful Puteri Gunung Ledang (literally ‘Princess of Mount Ledang’) set out seven impossible conditions for the Malaccan Sultan who wanted to marry her. Among these conditions were seven trays filled with the hearts of mosquitoes, seven barrels of young betel nut juices, and a bowl of the Sultan’s only son’s blood. This was her way to reject the proposal. It is believed that the Sultan fulfilled the first six requests, but could not harm his only son for the blood she requested.

Thanks to sea trades and Hindu influence, many Malay words originated from Sanskrit, including jiwa. In Jainism and Hinduism, a jiva refers to a life force or a living being, and the Sanskrit word jivás actually means ‘to breathe.’

Derived from the Sanskrit word cintā, which means ‘to care’ or ‘to think about,’ this word is a mainstay in the Malay language. It is also a popular first name for females. Siti Nurhaliza’s 2003 hit song Bukan Cinta Biasa means ‘No Ordinary Love.’

Kawan refers to a friend with whom one shares mutual affection. Friendship is a recurring feature in Malaysian folklore, and one of the most famous stories involves 15th-century warriors Hang Tuah and Hang Jebat, whose strength of friendship was challenged (and ultimately annihilated) by their conflicting loyalty towards the Sultan.

This Malay word refers to an ‘angel.’ It’s used the same way you would use the word ‘angel’ in English, namely to convey affection (between couples) or admiration. One of the most famous Malay love ballads is Bidadari by Lela. 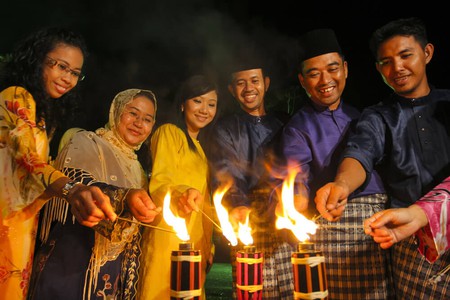 This pretty word evokes the image of a delicate, flickering flame. In literal terms it means ‘candle’ or ‘wax.’ The phrase ‘puteri lilin’ (princess of the candle) refers to a person who is afraid of the sun.

You’ll find this word in gardens and parks, because it’s usually the beginning half of a flower’s name in Malay. For example, ‘bunga orked’ refers to the orchid, ’bunga mawar’ refers to the rose, ‘bunga melati’ refers to the jasmine. ‘Bunga-bunga’ is the plural form of ‘bunga’ and simply means ‘many flowers.’ It is not to be confused with the political scandal related to former Italian prime minister Silvia Berlusconi.

This word coincides with the Indonesian word for the sun, matahari. In Malay, mata means eye and hari means day. In literal terms, the sun is the eye of the day.