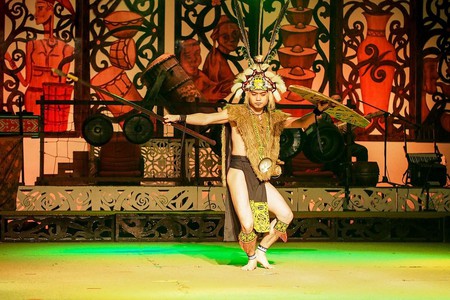 Sarawak, forming Malaysia’s largest state in Borneo, offers an unforgettable travel experience for the adventurous. From meeting former headhunters to seeing primates and deadly crocodiles in the wild, this relatively unexplored part of the world is becoming a hotspot among tourists craving a different travel experience.

Here’s a top reason to visit Sarawak: their famous food. With a variety of Malaysian favourites, Iban delicacies and the Sarawak Laksa, visitors will have a culinary treat in this part of Malaysian Borneo. And to make it even better, Sarawak has some of the cheapest food in Malaysia. 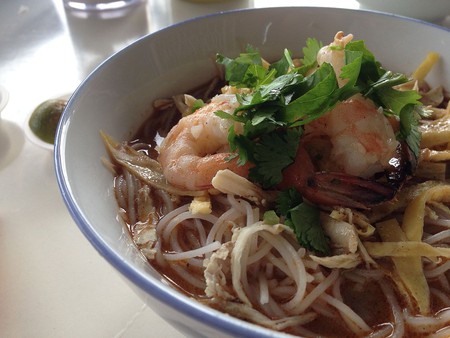 The indigenous Iban communities form the largest demographic in Sarawak, accounting for 29% of the population. Not only is this Malaysia’s only state with a non-Muslim or non-Chinese majority, but they once had a fearsome reputation for headhunting. Young unmarried Iban men needed to capture an enemy head to earn the right to marry.

The notorious Iban culture not only appeals to outsiders for their former headhunting practices but also for the tribal tattoos. Traditional tattoos date back centuries and have deep roots associated with paganism, spirits and headheading. Using bamboo needles, the tattooing process is said to be excruciating.

Ask a local for some reasons to visit Sarawak and most will proudly start talking about the caves. From the world’s largest natural chamber (Sarawak Chamber) and UNESCO-listed cave systems, to the discovery of 40,000-year-old human remains, Sarawakian caves rarely disappoint.

Another reason to visit Sarawak is to experience the region’s beauty and biodiversity. With several national parks, protected areas and sanctuaries, this part of Malaysian Borneo attracts tourists for the landscapes and biodiversity.

Just like their Sabahan neighbours to the north, Sarawak features a vast array of flora and fauna. From endangered species to strange primates and parasitic flowers, Malaysian Borneo’s biodiversity is second to none. Orangutans, proboscis monkeys, gibbons, langurs, deer and hornbills live inside the sanctuaries and protected zones. Sarawak doesn’t have the nickname ‘The Land of Hornbills’ for nothing!

One of Malaysia’s most influential music festivals takes place each year in Sarawak near the state capital Kuching. Starting in 1997, the three-day event set against the backdrop of Mount Santubong attracts local and international musicians to create an eclectic blend of music and culture. Expect traditional instruments, melodies and a cultural experience found nowhere else in Malaysia at the Rainforest World Music Festival. Workshops, lectures and jamming sessions fill the daytime hours with live concerts taking place in the evenings.

For a chance to experience wildlife up close and personal, join a river cruise. Some operate during daylight hours to spot wild monkeys, and night cruises show excited visitors fireflies and deadly saltwater crocodiles. Witnessing animals in their natural habitat rates as a top reason to visit Sarawak for many.

Kuching, the state’s capital, is a good enough reason to visit Sarawak in itself. The city, whose name translates to ‘cats’ in English, gives off a romantic charm of both the modern and traditional. Split by the Sarawak River, the northern and southern parts of the city divide along ethnic lines, creating a different feeling on each side. The highlights of the city include the Waterfront, Tua Pek Kong temple and the nearby Gunung Gading National Park. 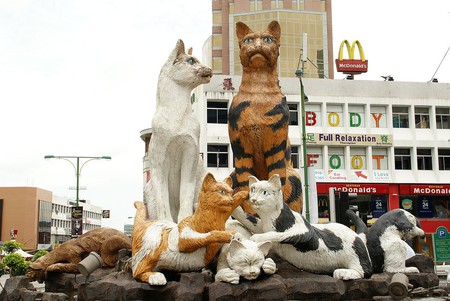 Sarawak feels different to other Malaysian states. It’s the largest and only part of Malaysia with a Christian majority and relatively few tourists visit. Anyone looking for a cultural experience and the chance to get far away from the tourist trail will appreciate Sarawak.

The final reason to visit Sarawak is for the adventure of exploring the unexplored, seeing the unseen and stepping into a world few have the opportunity to witness. From the indigenous tribes to the deep interior and abundance of wildlife, a trip to Sarawak all but guarantees a world-class adventure.

Anthony Bourdain on an adventure in Sarawak.