Is it 'Lao' or 'Laotian'? In Laos, There's a Big Difference 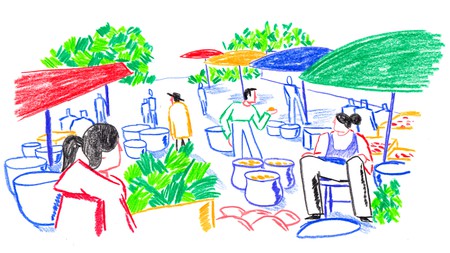 When it comes to describing someone or something from Laos, there’s sometimes confusion. Is it ‘Lao’ people or ‘Laotian’ people? ‘Lao’ food or ‘Laotian’ food? According to academics and activists, there is a very real – and very important – difference.

The act of describing someone or something from Laos (or Lao People’s Democratic Republic) can be complicated. There are two popular adjectives: ‘Lao’ and ‘Laotian’. Which is more respectful? Which is more accurate? When do we use one or the other?

A useful place to start is the Lao language itself. Linguistically, there is no distinction between descriptors of the country, its people, its culture and so on. There is only one word: Lao. For example, that papaya salad (tam mak hoong) you’re eating? It’s ahaan Lao (Lao food). That group of people playing pétanque in their backyards? They’re kohn Lao (Lao people). That Baci ceremony you’re attending? It’s part of wadtanatam Lao (Lao culture). Within the country, ‘Lao’ is a universal term for almost everything.

In English however, both ‘Lao’ and ‘Laotian’ are widely used. From here, it’s important to understand the history behind the word ‘Laotian’.

The history of the term ‘Laotian’

The word ‘Laotian’ carries political undertones. It comes from the French adjective ‘laotien’/’laotienne’, used by the French during the country’s colonial occupation from 1893-1945. Martin Rathie, a historian affiliated with the EFEO (École française d’Extrême-Orient) and Kaysone Phomvihane Memorial Museum in Vientiane, explains that colonists attributed Lao people with a “calm and gentle” stereotype. “‘Laotienne’ relates to this romantic Orientalism,” he tells Culture Trip.

Rathie believes this idea has long faded in the country. When Laos became a Communist state in 1975, the newly reformed government took efforts to reduce the influence of their colonial past; they removed French words from postage stamps, replaced colonial figures on banknotes and took major steps to reform the Lao language. ‘Laotian’ represented Laos under French subjugation – ‘Lao’ represented Laos in charge of its own destiny. As such, it became the standard adjective.

Despite becoming passé in Laos, the term ‘Laotian’ is still used internationally. Historian Dr. Kathryn Sweet explains that throughout the war in the 1970s, refugees fled overseas and the word migrated with them – explaining why it continues to be used by diaspora communities throughout the world.

Both academics agree that usage of ‘Lao’ and ‘Laotian’ depends on an English-speaker’s knowledge of, or connection to, this history. Chanida Phaengdara Potter, executive director of The SEAD (Southeast Asian Diaspora) Project, explains that educational institutions abroad serve to perpetuate the confusion. For example, refugees who came to America as children (such as herself) had “only heard [the word ‘Laotian’] in the context of what U.S. classrooms have taught them – that they are ‘Laotian’.” So over time, they would adapt to using that label with the rest of the world.

Phasing out the term ‘Laotian’

With a growing understanding of the word ‘Laotian’ and its attachment to war and colonialism, the Lao diaspora have consciously begun phasing it out – but complications ensue. The word is deeply ingrained in Western culture and even in policy. The US Census, for example, states that Lao-Americans must identify themselves as ‘Laotian’. Many Lao migrants, especially those in the restaurant industry struggling to sell Lao food, need to defer to the more recognisable ‘Laotian’ label – and in some cases hide under the ‘Thai’ label – so they can survive.

Phaengdara Potter hopes that by shedding the term ‘Laotian’, many will be free “to celebrate and reclaim their national identity or specific ethnic identity.” The more that Lao people can say that they are ‘Lao’, the more the general public will use it.

“Then we can just be done with the word ‘Laotian’,” she says.

So what do we make of all this? If you plan on travelling to Laos, Dr. Sweet has the following advice: “From within Laos definitely don’t use ‘Laotian’.” In other words, use ‘Lao’. This should also apply when outside the country: it’s ‘Lao’ food, ‘Lao’ tradition and so on.

As a final note, Phaengdra Potter says it pays to be mindful of individuals who have a particular ethnic identity (there are several within Laos, ‘Lao’ being one of them), so it’s courteous to ask their preference if you think the situation calls for it.