The 10 Best Things To Do in Bishkek, Kyrgyzstan 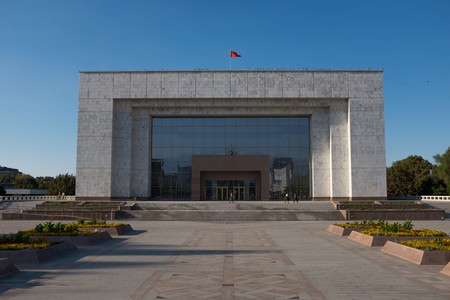 Bordering the Tian Shan mountain range, Bishkek is as abundant in things to do as the picturesque surrounding scenery. The best things to do in the Kyrgyz capital include scoping out Soviet-era mosaics, admiring the brutalist Bishkek Central Mosque, and enjoying a night at the ballet. 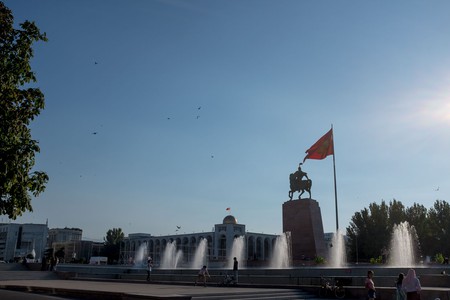 Bishkek as you see it today is predominantly a Soviet creation, and among the grand public buildings and concrete apartment blocks are some reasonably well-preserved mosaics from this era. They depict figures such as Lenin, cosmonauts, scientists and soldiers of the Red Army.

The easiest way to find the mosaics – and to learn about their significance – is on a mosaic-themed walking tour with Bishkek Walks. Guide Rahat shares highlights including The Path to Enlightenment (1974), Lenin is with Us (1978), and the facade of the Ala-Too Cinema (1963).

The practice of religion in public was surpressed during the Soviet era, but since independence in 1991, Islam has experienced a revival in Kyrgyzstan.

Compare and contrast the brutalist concrete design of the old Gogol Street Mosque, built during Perestroika, with the newer Bishkek Central Mosque (also known as the Borborduk Mosque). The new mosque opened in 2017, cost $25 million (£19.3 million), and was a gift from a Turkish Foundation. Its Ottoman-style minarets are striking, and provide a visual counterpoint to the largely modernist Bishkek skyline. 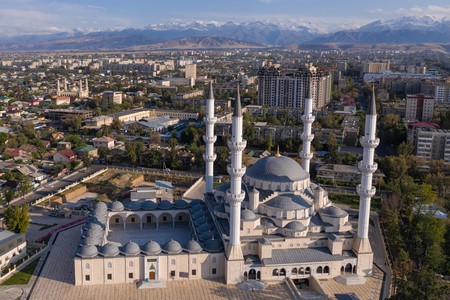 Dress up for a night at the ballet

The most prestigious performance venue in Kyrgyzstan is Bishkek’s Kyrgyz National Opera and Ballet Theatre. It’s an elegant neo-classical building next to the Hyatt Regency Hotel, and with tickets available from less than $2 (£1.55), it’s one of the cheapest nights out around.

The national opera and ballet are both accompanied by a full-size professional orchestra. They stage international favourites such as Swan Lake and La Traviata, as well as productions by Kyrgyz composers and choreographers.

Oak Park (Dubovy Park in Russian) is right in the centre of Bishkek, just off the main street, Chuy Prospekt. The long-established trees cast their shade over multiple sculptures of well-known figures. Wander about and you’ll be sure to spot Buddha, but also philosophers Karl Marx and Friedrich Engels. In fine weather contemporary artists exhibit their paintings alongside the paths, and in the evenings it’s a popular spot for families and couples to relax. 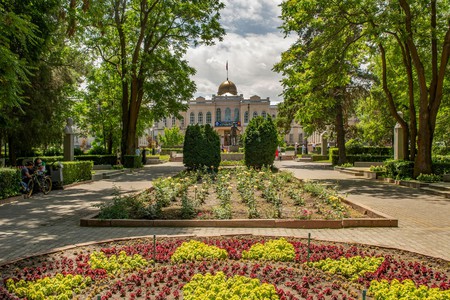 Discover new works from the Union of Artists

Kyrgyzstan’s Union of Artists has an exhibition hall on the edge of Oak Park. It’s a treasure trove for fans of late- and post-Soviet painting, sculpture and graphics, and a place where you’ll find many artworks by creatives who have never exhibited abroad.

Guidebook writer Max Lovell-Hoare fell in love with an almost life-size oil portrait of buzkashi players. “The artist captured the visceral energy, the aggression of the game,” he observes. “I had to have it!” There’s no obligation to buy from the artists, but if you do, the works are one-of-a-kind souvenirs.

Kyrgyzstan’s rural artisans produce some stunning handicrafts, particularly feltwork and embroidery. The highest-quality products are on sale at Tumar Art Salon, a stylish and centrally located boutique. The women-run group commissions artisans to produce work to agreed designs, so there’s consistency and an effort to appeal to contemporary tastes. The monochrome felt cushion covers, silk and felt scarves, and beautifully made Christmas tree decorations are particularly popular.

Aijan Lässer, co founder of Kalpak Travel, recommends going to Navat for dinner, “Each restaurant has beautifully decorated halls with national ornaments, and a wide variety of delicious national food. In the evenings they play music on traditional instruments, and if you are lucky you will also see national dances performed by the waiters and waitresses.” 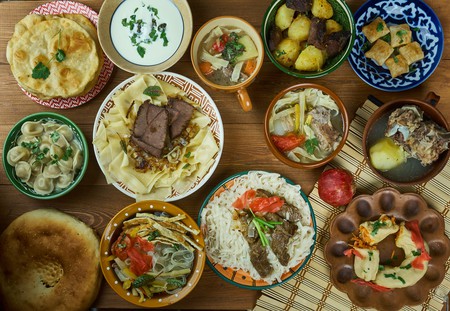 An all-female microbrewery and LGBTQ safe space, Save the Ales is a truly ground-breaking business in relatively conservative Kyrgyzstan. The brewery was founded in 2016 by Aida Musulmankulova and Arzu Kurbanova, two women who felt inspired when drinking craft beers abroad and decided to try their hand at brewing. “[Save the Ales] could be a bar in Brooklyn or Shoreditch before they became uber-trendy,” explains local resident Alan Laing. “It is simple, unfussy and all about the beer.”

Beers at Save the Ales cost around $3 (£2.33) for a pint. The high-strength IPA, stout, and fruit beers are brewed in kegs with imported ingredients, and are rightly the toast of the town.

Treat yourself to couture from DILBAR

DILBAR is Kyrgyzstan’s only couture house, and the designer is the lynchpin of Bishkek Fashion Week. In addition to producing prêt-à-porter collections each season, designer Dilbar Ashimbaeva also makes extraordinary costumes for films and for the Kyrgyz Olympic team.

DILBAR’s boutique is at 114/2 Kievskaya. If you’re interested in seeing the craftsmanship which goes on behind the scenes however, you can also request a studio tour.

Dance until dawn at Promzona

Bishkek is quite the party town, but the nightclubs and bars don’t get lively until late. Promzona Club has been the go-to venue for more than a decade, and it hosts a young and glamorous crowd.

Prepare to dress up if you’re going out in Bishkek; face control is strictly enforced, and shorts and worn-out jeans are a no. Promzona has an extensive drink menu of local and imported alcohol (the latter is substantially more expensive), plus pizzas and other snacks to fuel your dancing.