An Introduction to Folk Instruments: The Kazakh Kobyz 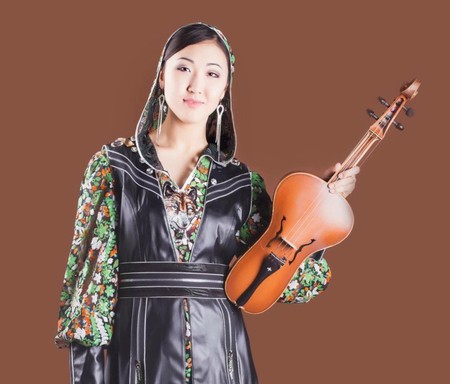 From the nomadic yurts of the steppe to orchestras in large concert halls, the kobyz has undertaken a long journey onto the big stage. Like many folk instruments, Kazakhstan‘s kobyz defends its right to sit among the popular classic instruments in an orchestra and has over time demonstrated its ability to adapt to any musical situation.

The Instrument of Shamans

The nomadic cultures of Central Asia are not just the birthplace of many cultures in general, but in particular of violin-like string instruments as we know them today. Among the instruments used by the nomads was the kyl kobyz, the prototype of the modern kobyz. It was carved from a single piece of wood and had two strings made of horsehair, an animal sacred to the people of the steppe. The instrument was used by shamans who would play them inside yurts, casting spells and performing rituals. It was believed that the music could cure illnesses and break curses. 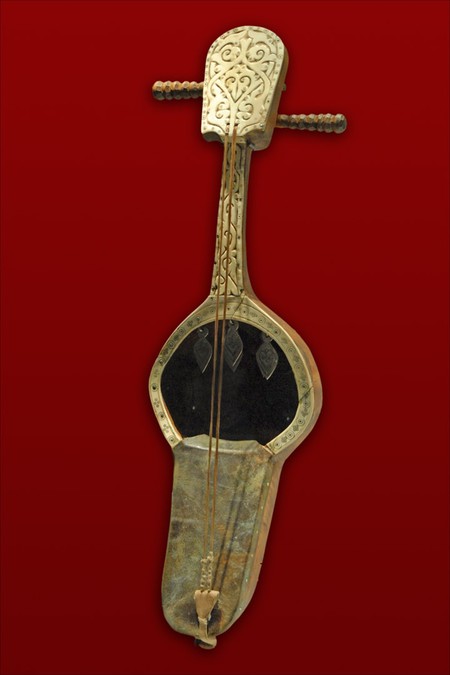 Playing between the strings

We sat down with Aziza Beisengulova-Musa, a professional kobyz player and teacher at the Kazakh National University of Arts, who introduced her instrument, told us about her path into music and shared one of her favourite tunes. The modern kobyz was developed fairly recently, in the 1930s, and is different from its ancestor. The base of the instrument is also made of wood, which can be either pine or maple. There are four strings, although they don’t have the neck of the instrument behind them – rather they hover. For this reason, the player doesn’t hold down the strings but rather places their fingers in between the strings. Previously the kobyz had two strings, but increasing their number has allowed it accommodate for both folk tunes and a classical repertoire. Although at first sight, the kobyz may seem similar to a violin, it is played rather like a cello, held in between the legs. 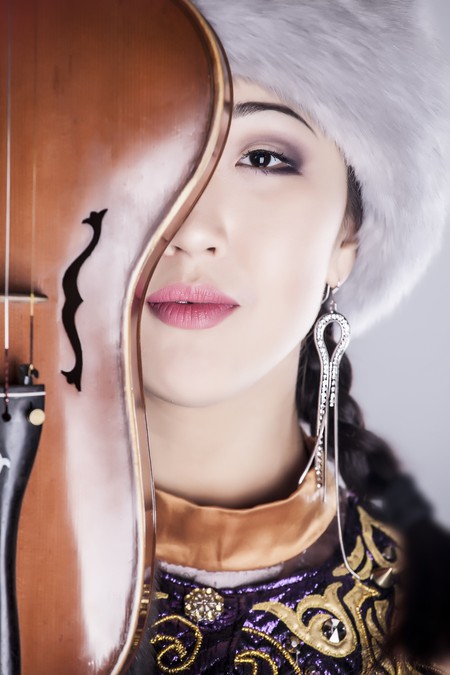 Aziza in a national costume | Courtesy of Aziza Beisengulova-Musa

A girl with short fingers

Aziza’s musical career was decided before she was even born. The granddaughter of Kazakh composer Amangildey Idrisov, it was decided from an early age that she would become a musician. At the age of seven, she was accepted into a music school, and on the day of her entry exam she heard a girl practicing the kobyz in the hallway. Straight away she wanted to play that instrument. Fortunately for her, when the exam results came through, the music school happily accepted her. Yet, because of her short fingers, they changed her instrument of choice from the piano to the kobyz. 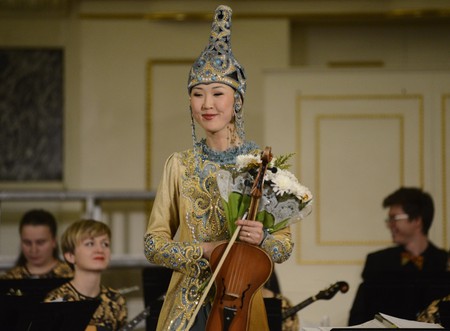 It’s Aziza’s dream to bring her instrument out onto the world stage. Although it is popular in Kazakhstan, there are still few people who play it outside of the country. Aziza says she will continue playing and has now started teaching the next generation of kobyz players. She played a “küy” (a Kazakh folk song) by Kor-kut, one of the legendary creators of the kobyz.