Free Diving: The Japanese And Korean Women Of The Sea

Japan and Korea are home to groups of grandmothers who call free diving work. Centuries ago women began plunging deep into the ocean without any breathing apparatus in order to forage for food. Years later and years older, women are still working hard to bring home the goods. 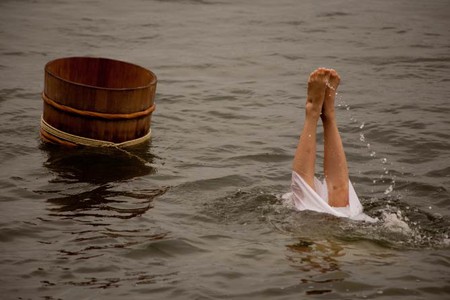 Free diving is a form of underwater diving that relies on the diver’s ability to hold his or her breath until resurfacing, rather than on the use of breathing apparatus and scuba gear. It is practiced as both a sport and an occupation. The attempt to dive deeply underwater with just one breath has cost some people their lives and crippled others. 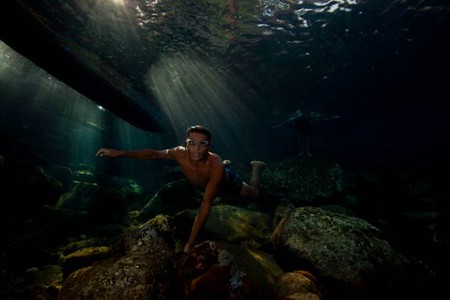 As a sport, free diving is not about raising adrenaline levels and racing hearts, but instead relies on the ability to relax completely. A relaxed body consumes far less oxygen than a tense body, which would not be able to equalize the pressure that comes with the depth. When you reach a certain depth your body can simply fall; the lungs are so compressed that you are negatively buoyant.

The greatest obstacle that free divers face is fighting the urge to breathe. People think that this desire is derived from a lack of oxygen, when in fact it’s the levels of carbon dioxide rising. As you hold your breath, you still have high levels of oxygen in the lungs, blood, and tissues but no way of releasing the carbon dioxide that keeps building up. The feeling becomes more and more uncomfortable, and then the diaphragm will start to involuntarily contract, making the body exhale.

There is also a phenomenon known as the ‘mammalian dive reflex,’ in which water triggers an immediate decrease in heart rate. By shunting blood away from the less important areas of the body, we are able to keep organs like the brain and heart oxygenated for longer, which is known as peripheral vasoconstriction. 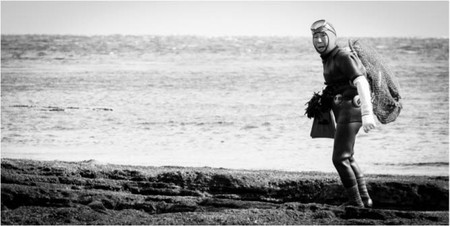 Free diving is sometimes called Apnea, a Greek word for ‘without breathing,’ and has a rich and colorful history and has been an important livelihood in some cultures for centuries. The Bajan people, also known as the ‘Sea Gypsies of Malaysia,’ fish underwater for up to five minutes at a time. They are born, live, and die at sea, and as most of them have lived in house boats all of their lives, some report feeling ‘land sick’ on the rare occasions they spend time on shore. Their eye muscles have adapted to constrict the pupils more and to change the lens shape and increase light refraction; their underwater eyesight is thus twice as strong as most people’s.

The island of Jeju, situated 53 miles to the south of mainland Korea, is home to the Haenyeo women, Jeju’s free diving sisterhood. Women on this island took up free diving in the 17th century to support their families, as their sailor husbands were constantly lost at sea. Their successors now don wetsuits and dive 65 feet into the ocean to fish for squid, octopus, seaweed, and abalone. They have had no formal training, having learnt this tradition from their mothers and grandmothers, and some can stay underwater for up to ten minutes at a time.

For these women, diving is a way of life. Haenyeo roughly translates into ‘Women of the Sea,’ and these free divers are treated like heroes by the people of Jeju island.

The Ama women are the pearl diving mermaids of Japan, part of an age-old fishing tradition practiced by small coastal villages. Like the Haenyeo women, the Ama work for up to four hours a day in order to gather abalone, seaweed, and other shellfish. However, their most profitable pursuit is diving for pearls. Finding one nestled in an oyster is an added bonus when carrying out their ancestral practices of collecting shellfish. Holding their breath for two minutes at a time, the Ama women surface and exhale slowly, making a whistling sound known as ‘isobue.’

Traditionally, the Ama women would wear only a ‘Fundoshi,’ or loincloth, whilst working to make it easier to move in the water. However, now they wear a full white diving costume and use a wooden barrel as a buoy. The majority of the women are elderly, some even older than 90, and have practiced the art of free diving for many years, spending much of their lives at sea.

There are two types of Ama women: the ‘Oyogido’ don’t use a boat and simply swim out to the diving areas close to shore, at shallow depths of two to four meters, while ‘Funado’ women are far more experienced, having worked their way up the ranks. They work with a single boatman, usually their husband, and dive from the boat farther from shore, descending to depths of up to 25 meters with the assistance of a weighted bag. 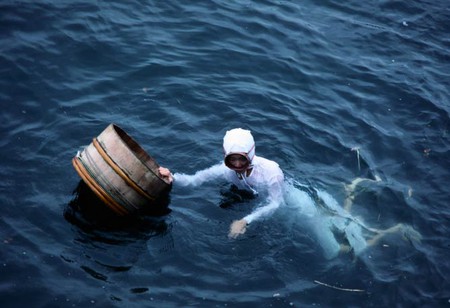 Despite the continuation of these time-honored traditions, the number of Ama and Haenyeo divers is dwindling. Due to a lack of young women to succeed their elders and the modernization of fisheries, the number of female free divers in these areas has dropped to around one eighth of what it was. The new fishing methods that have replaced free diving enable greater hauls and reduce workloads, but they also increase the risk of over-fishing and damaging delicate ecosystems.

If this tradition were to die out due to the pressures of modern life, it would be a real shame. The Ama and Haenyeo communities can only hope that the call of the ocean will be powerful enough to attract a new generation of ‘Women of the Sea.’ 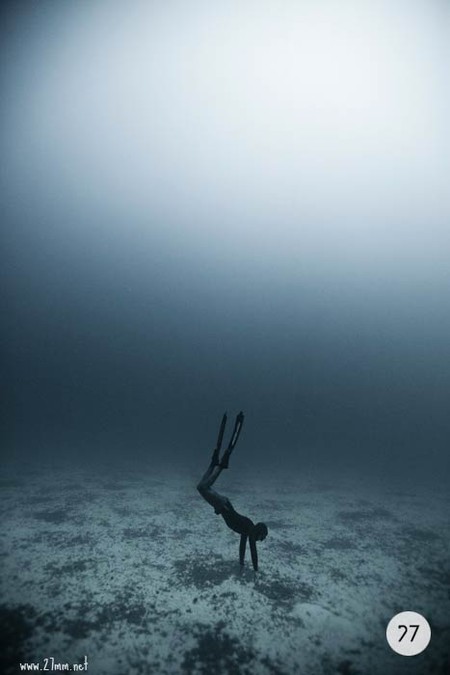 Rafael Serrano at 40m | © EnricAdrianGerner/Flickr
Give us feedback