Why Were Japanese Fans Cleaning Up After Themselves at the World Cup? 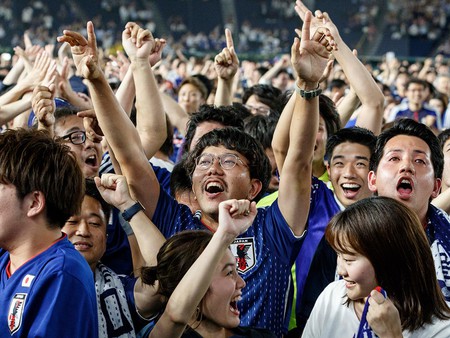 At most major sporting events, Japanese fans are a colourful sight; decked out in face paint and banging tribal drums, they’re not afraid to make their presence felt. But during a recent World Cup game, they distinguished themselves via another means entirely – tidying up the stadium.

The Japanese national team made headlines around the world this week after their sensational 2-1 victory against Colombia – the first-ever Asian squad to defeat a South American opponent – but their supporters got almost as much attention for their behaviour in Saransk’s Mordovia Arena after the match, when they stayed behind to diligently clean up their litter and ensure that they left the place pretty much exactly as they found it.

While their compatriots back home caused jubilant scenes of celebrating in the streets, fans (many of whom were still wearing outlandish outfits and decorations) engaged in more sedate behaviour back in the stadium, carrying small plastic bags and patiently going from one set of seats to another, collecting any rubbish they found. This earned them not only praise from a number of outlets but has also been an inspiration to fans from other nations. Senegalese fans were seen doing the same thing after a recent win against Poland. And this is not first time this has happened – during the 2014 World Cup, Japanese fans cleaned up after themselves after their side lost 2-1 to the Ivory Coast, proving that one can be gracious even in defeat.

So what are the reasons for such an examplary display? The answers lie in the very fabric of Japanese society, one which values cleanliness at a premium. On the whole, Japanese cities have no problems with graffiti, and littering isn’t considered a problem as much as it is in other big cities in Asia. Residents are reminded at all times about the importance of keeping one’s environment clean and tidy – hygiene is espoused as a virtue. Overseas visitors to Japan will notice the lack of street bins in towns and cities. For the Japanese, this is nothing new, the idea being that you take your garbage home with you to dispose of there. If that fails, you can use a receptacle at your nearest convenience store.

This idea of having respect for one’s environment is something that is instilled in the Japanese from an early age. Children are encouraged to clean their own schools, not as a means of making use of available child labour but to teach them life skills, environmental awareness and respect for others. Aeon, a popular chain of eikaiwa schools that teaches conversational English, does not employ any cleaning staff. Instead, teachers and administrators at a school are responsible for keeping it spic-and-span themselves. If you attend a Japanese music festival, you can expect to see some of the longest queues not for the bar or the merch stall but for rubbish collection and recycling points. 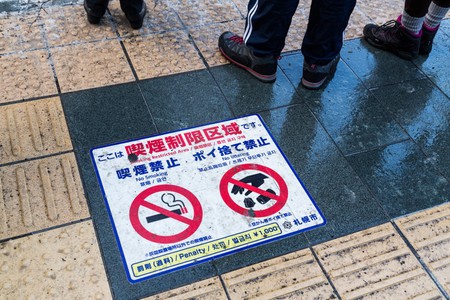 Warning and penalty signage on the street in Sapporo, Japan | © ThamKC / Shutterstock

Japan is a collectivist society, one in which people are repeatedly made aware that they are part of something bigger and more important than the individual. Osaka resident Makiko Takahashi, who works as a translator, said: “In Japan we have a saying: ‘Tatsu tori ato wo nigosazu’, which translates as ‘A bird does not foul the nest it is about to leave’. In our culture, we think when leaving a place – we should clean and leave no mess so when the next person comes they don’t feel disgusted. Also, it is considered better to end things with good grace, rather than leaving a mess or being persistent.”

On seeing her countrymen’s behaviour in the stadium at the Colombia match, she said: “Cleanliness is one of the best virtues of our culture, and it also means people are a lot safer, so yes, it felt good to see my people behaving well.” 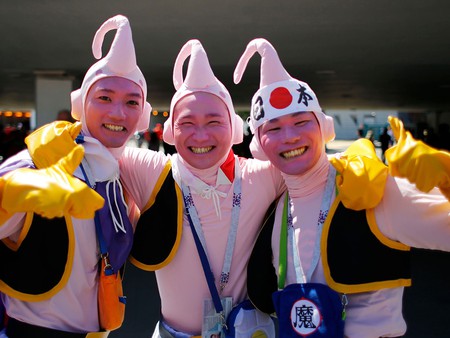