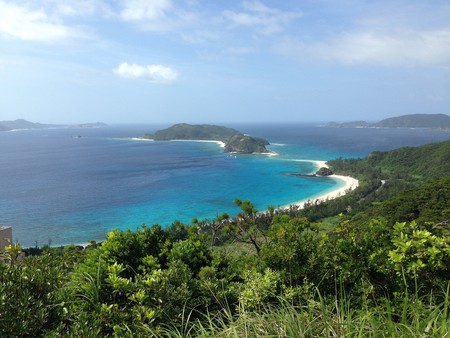 Just below the water’s surface on a small Japanese island in the Pacific Ocean may sit the future of the world’s energy needs. Scientists have discovered powerful rare-earth elements that can be used to power basically everything.

Known as yttrium (REY), this rare-earth element was uncovered in mud in and around Minamitorishima Island, located southeast of Tokyo. Although it sits almost between the main island of Japan and Guam, it’s in Japan’s territorial waters.

The researchers behind the discovery have laid out a map of about 16 million tons of the rare-earth REY oxides, which it’s said would provide enough energy to serve up the equivalent of 780 years’ worth of yttrium supply.

Although the exact price of the mud is difficult to calculate, the New York Post has reported that the estimated worth of the elements is around a whopping US$500 billion. It’s stated that yttrium’s worth sits at around US$3,400 per pound.

Thanks to its unique chemical properties, REY has a vast number of uses, including powering batteries, hybrid cars, everyday items like iPhones, and even military and medical-grade equipment.

It’s thought that removing these minerals from the remote island will surely be a rather pricey exercise; however, it will give the nation more control over the world’s energy sources, since the materials here are enough to satisfy the world’s needs on a “semi-infinite basis,” according to the scientific reports.

In 2015, China held around 95% of the rare-earth production, according to CNN (as reported by the the New York Post); this means that it will not only be an economic boost for the lagging nation of Japan, but also very likely a gain in political influence. Previously, during times of diplomatic tension, China heavily restricted the exports of such products, so now it looks like the tables might be turning.

In order to capitalize on this newfound energy resource, the country has already started seriously pushing forward with further research into the discoveries, in the hope of gaining some more authority over the world’s technologies and weapons systems.

There are a number of benefits of using REY as an energy source, including not only its usefulness in building renewable energy technologies, but also its easy extraction and low radioactive elements.

Maybe if you have a little bit of savings in the bank, now is time to look into investing in Japan’s surprisingly cheap island real estate market– who knows what you might find.