Why Japan's Okinawa Islands Are Full of 100-Year-Olds 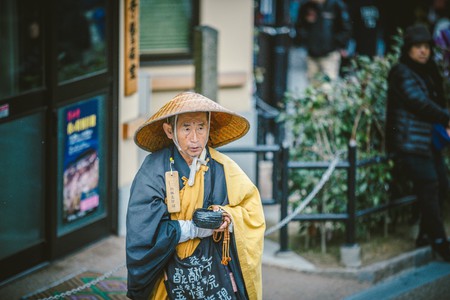 Japan is a nation of long-living residents. Even with their long work hours and densely populated cities, the average life expectancy is 83.7. This makes the Japanese the longest living nationality in the world, outnumbering economic powerhouses the USA (79.3 years) and China (76.1). So, if it’s not economics that’s contributing to the average expectancy, what is it exactly? Some academics, doctors, and writers have a few hypotheses.

Before diving straight into the theories, let’s break down the statistics a little bit. According to World Health Statistics 2017, which covered data from around 194 countries, Japan’s expectancy at birth has been in the No. 1 position for 20 years now. Trailing closely behind are Switzerland, Singapore, Australia, and Spain all of which have averages ranging somewhere between 82.8 to 83.4 years.

Last year it, was reported in The Japan Times that people aged 65 or older accounted for 26.7% of Japan’s population of over 127 million.

Even if you don’t want to live to 100, if you follow a few daily Japanese habits, you’ll be able to hopefully lead a much healthier and rewarding life.

Japan’s tropical Okinawa islands are where the longest living population in Japan resides. For such a small population, compared to say Tokyo, Yokohama, or Osaka, this sunny pocket of the nation celebrates a lot of 100-year birthdays.

Some people believe that it’s the Okinawa diet that’s key. American gerontologist Dr. Craig Willcox has been studying the locals for a while now, and he also published a book on the matter titled The Okinawa Program. Eating plenty of whole grains, around three servings of fish per week on average, and a huge amount of soy products are potentially part of the reason behind their good health. Here, arteriosclerosis (thickening and hardening of the walls of the arteries) and stomach cancer are very low, as are hormone-dependent cancers.

How working longer can actually make you live longer

There’s got to be more to it than just diet though, right? Eating a well-balanced diet is a key element of living a healthy life, but it’s not necessarily the be all and end all.

Though a cushy retirement sounds great, some actually believe working longer could actually help you live longer. This argument is definitely true for the people of Okinawa, and for Héctor Garcia who wrote the book Ikigai: The Japanese Secret to a Long and Happy Life.

Inspired by the Okinawan way of life, Garcia and co-author Francesc Miralles explore the Japanese theory of “ikigai,” or having a life purpose, a way of life very much engrained in Okinawan daily activities.

A combination of the Japanese words iki (生き), which means “life,” and gai (甲斐), means “worth,” it’s all about finding joy in the purpose of your life no matter what that may be.

The theory is something that made waves last year and has been covered in articles recently; however, in order to really embrace it, it’s best to figure out how you can implement it into everyday life.

Garcia explains, “In the second chapter of the book we discuss Western existentialism and Viktor Frankl’s Man’s Search for Meaning and discuss its similarities with ikigai. In a way we are all (West and East) concerned with the same question: ‘if the most important thing is to lead a meaningful life, how do we do it?’, but the approaches are different. Ikigai and the Japanese people in general are more subtle and holistic.”

Like the regular, typically laborious daily work of the people of Okinawa, ikigai doesn’t have to be strictly career-focused; it can be about raising a family or sharing a passion of yours with the world.

Ikigai is about slowing down, finding meaning in what you do, and thinking about your life additions in terms of quality over quantity. Though it may feel like you have to juggle 1,000 things to lead a fully fulfilling, well-rounded life, ikigai is not about that.

“The world is getting more and more chaotic, and we need to be reminded of what is really important in life,” Garcia says. “Ikigai is one of those things that are really important to keep in mind specially when we feel that we are getting lost in our busy lives and chaotic world.”

Slow down, take a breath, do and something that makes you feel happy. Who knows, it just might help you live longer!