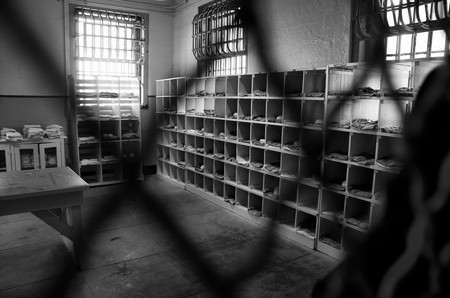 Japan is home to some of the longest living citizens in the world. Recent reports state that almost 30% of the country’s population is over the age of 65. Although the Japanese secret to a long and healthy life is something that on paper sounds like a good thing, in reality in the face of an aging population problem, the country is facing a number of economic and social issues.

One such rather overlooked issue is the country’s prison system. As Bloomberg reported earlier this year, nearly one fifth of the prison population is 65 or older. This surprising statistic is the result of a rather recent and unusual trend: it turns out many elderly Japanese women are committing petty crimes in the hopes of being sent to prison, because they have nowhere else to go.

In the past two decades alone, crimes by people over the age of 65 have quadrupled. As the population grows older, typically the duty of care falls on family members, as the nation doesn’t necessarily have the resources to provide aged care services to such a large demographic. However, many people either don’t have regular contact with their family, or have no family at all (which will probably become more common as fewer and fewer Japanese people are choosing to get married and have children). In fact, over half of the elderly women that are in jail lived alone, while 40% didn’t have any regular contact with family and rarely spoke to their relatives.

The most common crime committed was shoplifting; both in the hope of being caught and out of necessity. In Japan, elderly women are the most economically vulnerable – almost half live in poverty in comparison to the rest of the population. Because of all this, many are living in a state of prison dependency.

In a recent photographic essay, photojournalist Shiho Fukada went inside some of the country’s most populated prisons to talk to and photograph the older residents. The essay captures the desperation of the women in a way that’s so undeniably heartbreaking it would be hard to read, if their stories weren’t so interesting. Loneliness, purposelessness, mental health factors and lack of outside support are just some of the reasons these women find themselves living out the remainder of their days behind bars.

Both the government and the private prison systems have yet to successfully employ recidivism prevention and rehabilitation programs, and the financial burden of caring for elderly prisoners is rising to unprecedented levels. Medical supplies, health care, and all the added costs of aging are stacked on top of the already high cost of keeping prisoners.

In 2016, the government did implement a more comprehensive system to ensure ex-prisoners received welfare and social-service assistance; however, it’s still difficult to keep the jailed rate low when you have so many people who simply want to be there.