What You Need to Know About Beach Etiquette in Japan 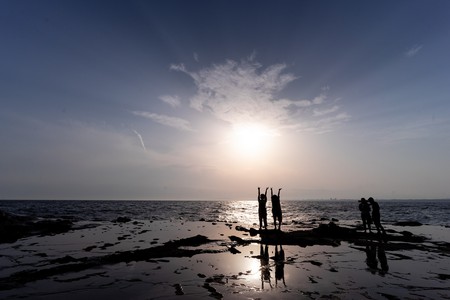 As an island country surrounded by water, Japan is home to countless beaches. From the northern seas of Hokkaido, to the lakes and rivers of the Kansai region, down to the tropical paradise of Okinawa, Japan’s beaches are gorgeous and diverse. Most beaches don’t have very strict rules, but there are a few customs to be aware of if you’re heading to Japan this summer.

It’s typical to visit only during beach season.

Japan takes its beach season very seriously. One of the nation’s national holidays is Umi no hi, or “Sea Day,” every third Monday of July that marks umibiraki, the official start of the season. Most public institutions are closed on this day, so much of the population flocks to the nearest seashore to swim, sunbathe, and party. From this date until around late August, every beach in Japan is packed on an almost daily basis.

During this season, most beaches have spaces where visitors can buy food, use changing rooms or showers, and possibly rent or purchase swim gear. Most beaches have plenty of clean public restrooms available, but these can get crowded and messy on busy days.

If you want to beat the crowds, go during the off-season. The food stalls might not be open and you might have to watch out for jellyfish, but if you plan it right this could be the most relaxing way to enjoy the sand and waves.

There are some beaches that do completely prohibit swimming in the off-season. If you see signs that say 危険 (“danger”) or 遊泳禁止 (“swimming prohibited”), avoid swimming in these areas at all times.

There isn’t a strict dress code.

Many Japanese people take UV damage very seriously and tend to err on the side of modesty, so you may spot a lot of locals covered head to toe in waterproof gear, even when sunbathing or swimming. Don’t let that deter you from wearing nothing but swim trunks or a bikini, however, as these are also perfectly acceptable. Nudity is rarely allowed on beaches in Japan, but as long as a person is reasonably covered there should be no problems. 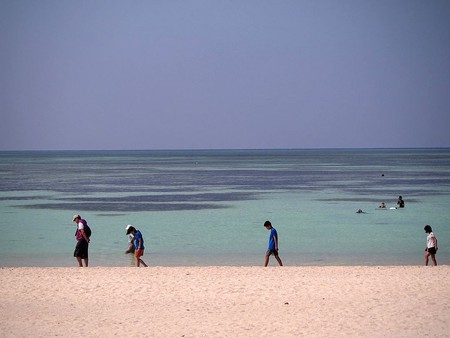 Many Japanese tend to cover up on the beach, but this isn't a requirement. | © yuen yan / Flickr

Not many beaches in Japan ban tattoos outright. Some do, though, so do research on where you’re going if you’re inked. Typically, if there is a ban, you can still enjoy the beach as long as your tattoos aren’t visible, so cover up with a t-shirt or your swimming gear. Small tattoos are generally overlooked. 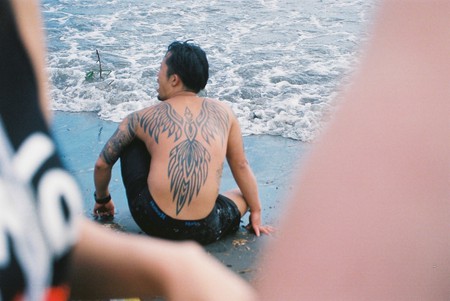 Even if bans are in effect, typically they aren't strictly enforced. Only large tattoos may need covering. | © Cherrie Mio Rhodes / Flickr

…But drinking booze is totally fine.

A trip to the convenience store to stock your ice chest with canned beer and chuhai is almost a requirement for a beach trip. Open containers are permitted on beaches (they’re allowed on city streets even), so there’s no need to have any reservations about drinking in public. However, keep in mind it’s best not to get too rowdy, and it’s risky to bring glass bottles in case of breakage. Also, avoid swimming if you’d had too much to drink.

Take your trash home with you.

Many public areas in Japan don’t have trash cans, so it’s customary for people to carry their garbage around until they find one. Bring some trash bags with you, or use plastic bags from the convenience store to keep your rubbish in order. Trash is typically organized into burnable, non-burnable, and recyclable. 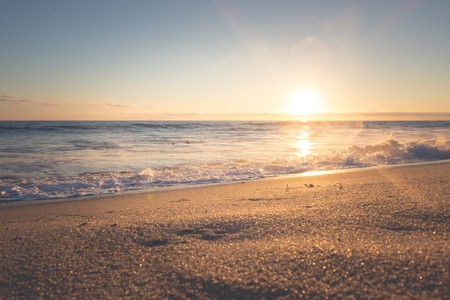 Most Japanese beaches remain pristine even without the presence of trash bins. | © Jeremy Ricketts / Unsplash

Camping on public beaches in Japan is usually permitted and free.

Barbecueing and lighting fireworks are also usually allowed, but make sure you check for signs, as these may only be allowed in designated areas, or not at all depending on the beach.

It’s generally safe to leave your things in the sand while swimming or using the restroom as thievery is uncommon; however, use common sense and make sure you can always see your belongings just in case.