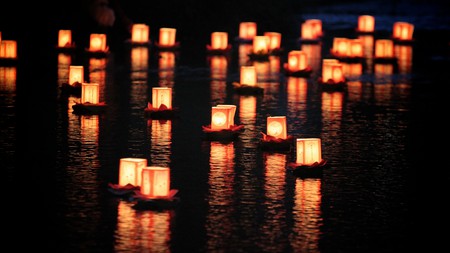 Bon or O-bon is celebrated in Japan each year, in July or August depending on the region. Historically, it was believed that during this time the spirits of the dead returned to the land of the living. It’s a Buddhist tradition also known by its more formal name, Ura-Bon.

The purpose of the O-bon festival is to honor and appease your ancestors and reconnect with family. Festival customs vary widely from region to region. Many families like to begin O-bon with a visit to the graves of deceased loves ones, in a tradition known as ohaka-mairi. The grave is cleaned and adorned with flowers, and prayers are said. During Bon, many businesses close down and workers are given holidays. It’s one of the three most popular travel times in Japan, as people go on short vacations or visit relatives who live far away. The Bon holiday typically lasts around four or five days. 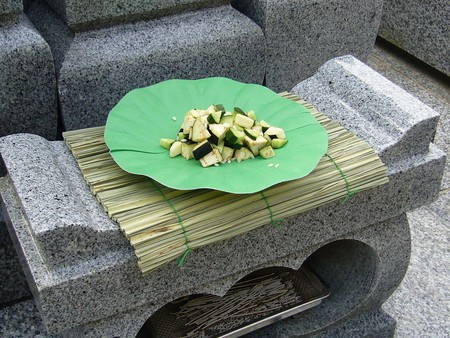 An offering for Bon on a grave | © katorisi/WikiCommons

On the evening of the 13th, lanterns may be hung outside homes to welcome the spirits home. In the past, small ritual fires known as mukaebi were lit, but this is now uncommon. Offerings are placed on Buddhist altars known as butsudan in homes or at temples. Once O-bon has started, a family may request a memorial service to be performed by a Buddhist priest in their home, or they may choose to visit a temple. On the evening of the 16th, the “farewell” counterpart to the mukaebi, known as okuribi, may be lit. Traditional O-bon dances (Bon-odori) and festivals are still celebrated. 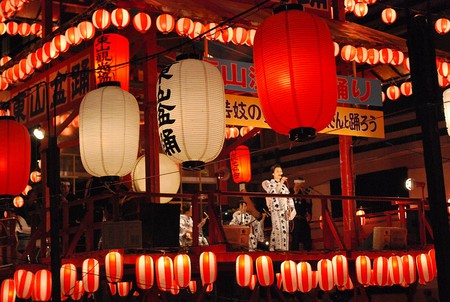 O-bon is also known as the Lantern Festival, as lanterns are common decorations for the festival. It was also traditional in some areas to set paper lanterns with messages written on them on the water to guide the spirits home, similar to the okuribi (farewell fires). These days, floating lantern events (toro nagashi) are typically held around the same time of year as O-bon, but aren’t necessarily associated with the holiday. Floating paper lanterns are a symbol of summer. 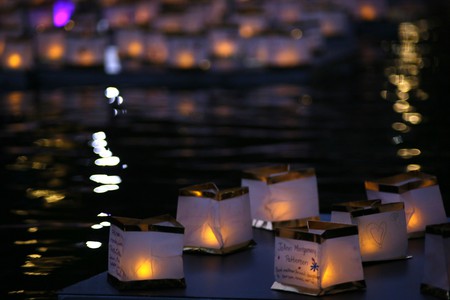 A toro nagashi in California | © Steve Rainwater/Flickr
Give us feedback