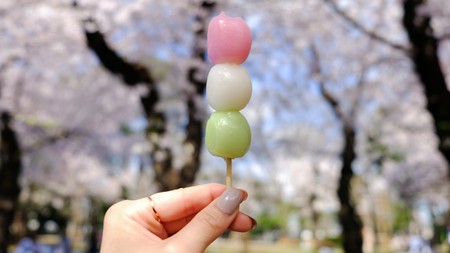 In its rural setting on the island of Shikoku, Matsuyama is the home of hearty noodle dishes, citrus-inspired desserts and fresh seafood, while local brews include beer infused with mandarin oranges and premium sakes.

Matsuyama’s culinary offerings benefit from its island location, where everyday sights include glistening rice paddies and trees plump with juicy mandarin oranges. With a population of 500,000, the city has a wide range of international cuisine on offer – from Mexican to Korean, alongside traditional Japanese fare. That covers everything from sashimi to tempura, alongside regional interpretations of national dishes such as okonomiyaki, or savoury pancakes. Here are the best of Matsuyama’s unmissable food items.

These colourful noodles first appeared in Matsuyama when they were presented to the Imperial Court during Japan’s Edo period (1603-1868). Somen noodles are a popular Japanese dish; often eaten during the summertime, they are served cold with a light dipping sauce.

Somen are thinner than other noodles such as udon and soba and are made from wheat flour. The main difference between regular somen noodles and the Matsuyama variation is the colours: goshiki somen come in five different shades: brown, green, yellow, red and white. These come from mixing the barley with ingredients such as green tea and mandarin oranges. Their unique appearance and quality also make them a popular souvenir. 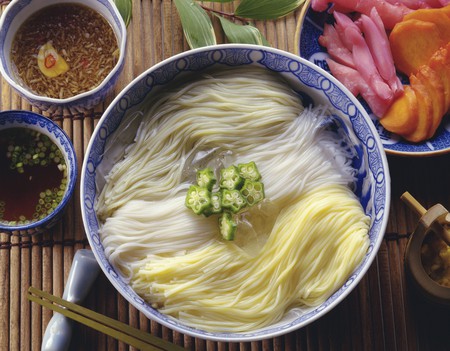 In Matsuyama, one of the best places to eat goshiki somen is at Kyodo Ryori Goshiki, on Sanbancho Dori street in the downtown area. Its traditional wooden facade makes it easy to spot, and the menu changes seasonally, with dishes incorporating locally sourced protein such as sea bream, pork and beef.

This traditional confectionery takes its name from the Japanese novel Botchan (1906), set in Matsuyama during the 1800s. Served on a skewer, dango is a sweet Japanese dumpling made from rice flour known as mochi. Matsuyama’s version consists of three coloured dumplings, dyed with red bean paste, green tea and eggs. 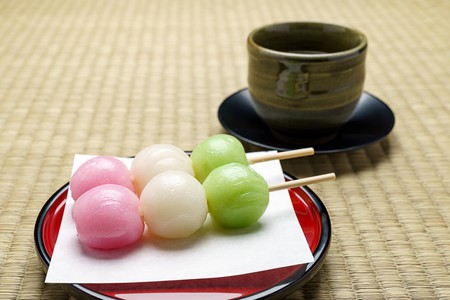 Taruto is another popular sweet item typical of Matsuyama. Similar to a Swiss roll, it’s a sponge cake containing a red bean and yuzu (citrus fruit) filling. Originally imported from Nagasaki, taruto first appeared in Matsuyama during the Edo period and was said to be a favourite food of one of the feudal lords. Eventually, local shops began to produce it.

One of the best places to enjoy botchan dango and taruto is in the historical Dogo district with a hot cup of green tea. You can also find them in souvenir shops, hotels and stations around the city.

Ehime prefecture produces around 40 kinds of citrus fruits making it the largest producing region in Japan. Of particular importance is the mandarin orange, or mikan, which you’ll see featured in Matsuyama products in almost every conceivable fashion from orange-flavoured beer to gelato. Even the soaps found in local hotels and hot springs are mandarin-scented, while locals joke that orange juice flows from the taps like water.

There are more than 20 varieties of mikan grown in Ehime, varying in taste from sweet to bitter. Harehime is one of the sweeter varieties, along with kiyomi, while haruka is more on the tangy side. 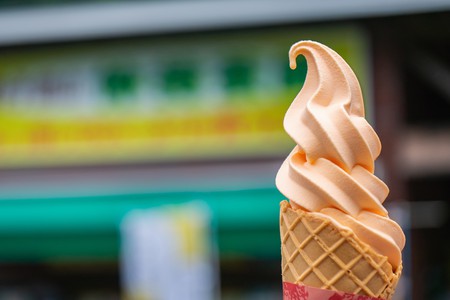 Recommended mikan products to try in Matsuyama include the seven types of orange juice and ice cream available at 10 Factory Juice Bar, while Mikan Café serves desserts with a mandarin twist including kakigori (shaved ice with syrup) and doughnuts glazed with mandarin honey.

Mitsuhamayaki is the local take on the Japanese classic okonomiyaki dish. It is a kind of savoury pancake made from wheat flour and flavoured with mackerel powder. Cooked on a hot plate, it contains fillings such as cabbage, meat, eggs and noodles, then topped off with a sweet and spicy sauce. This variation originated in the Mitsuhama area, where Matsuyama’s main port is located. This area of the city is home to around 20 mitsuhamayaki restaurants, so it’s by far the best place to try this dish.

Taimeshi, a simple dish fit for an empress

This sea bream and rice dish is a regional favourite in one of Japan’s largest sea-bream-producing areas. The dish is usually eaten in two different styles, hojo-taimeshi and uwajima taimeshi, both of which can be found in restaurants throughout the city.

Hojo taimeshi comes from the Hojo district in the north of Matsuyama. It’s a simple slow-cooked dish consisting of the entire fish and fluffy rice cooked in a kelp broth. The story behind the dish begins in 200BCE, when Japan was ruled by Empress Jingu. She was on her way to invade Korea when she stopped at the nearby Kashima shrine to pray for victory. While there, she is thought to have highly praised the sea bream cooked with rice that the local fishermen presented to her. Following this, the story was passed down through generations along with the recipe, making it one of the region’s most famous dishes to this day. 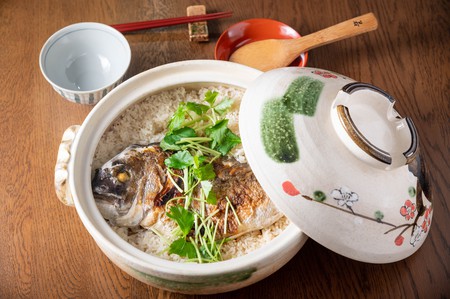 Uwajima taimeshi originated in the south of Ehime prefecture. The sea bream is served raw as sashimi and soaked in a special sauce made from raw egg. The dish is thought to have been brought to the area by a group of pirates who ruled the Seto Inland Sea in medieval Japan.

This noodle-based dish first became popular after World War II. It is believed that udon first appeared in Japan on Shikoku island during the Heian era (794-1185BCE) and is recognised by its fat and slightly chewy texture compared to other noodles. Made from wheat flour, water and salt, udon noodles are found in most Japanese restaurants and convenience stores.

Matsuyama’s nabeyaki udon noodles are usually served in an aluminium pan and are soaked in a sweet broth rather than the dashi stock found in sanuki udon dishes from neighbouring Kagawa prefecture. 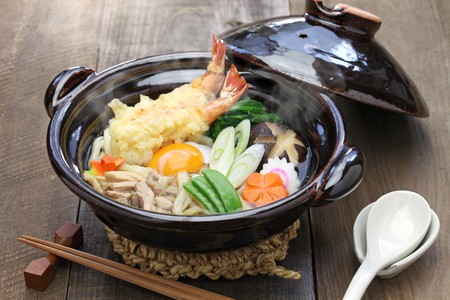 In Matsuyama, there are more than 100 restaurants featuring nabeyaki on their menus. We recommend Mamma, a tiny 15-seat eatery near Dogo Onsen, or Kotori near Botchan Train Museum, where nabeyaki dishes are sold for less than ¥600 (£4.50) and are particularly popular with locals.

Minakuchi Shuzo, the only brewery in Matsuyama that’s been in operation since 1895, produces award-winning sakes, beer and cider. Situated close to Dogo Onsen, it offers visitors the chance to try sake and craft beers in free tasting sessions.

The sake is made using spring water from nearby Mount Ishizuchi and Mount Takanawa, with rice sourced from local farms. The premium sakes are light and savoury and go best with seafood dishes, while the craft beers are highly recommended as a refreshing cold drink following a visit to the Dogo Onsen bathhouse next door.